Top 10 destinations over the Christmas holidays

The Scottish town of Edinburgh has a special atmosphere all year round. However, in the Christmas period, the city is even more amazing. Edinburgh Castle and the Royal Mile are the highlights. Of course, you shouldn’t miss the Scottish New Year’s Eve, Hogmanay. This involves a few days of partying in the city centre. In addition, the Torchlight Procession is an impressive experience.

Of all the cities in Europe, Vienna has the happiest Advent and Christmas time. There are naturally fabulous Christmas markets all over the city. The Christkindlmarkt at the Rathaus is the most famous one. Don’t miss the New Year’s Eve party on the square in front of the Stephansdom. The New Year starts with a bang with more than 300 balls to usher in the ball season.

In Finnish Lapland lies Rovaniemi. A better Christmas atmosphere than here cannot be found anywhere else in the world. After all, this is where Santa Claus lives. Maybe you’ll see him ride away in his sleigh, pulled by reindeer. Winters Lapland is unique because of the magical northern lights and the special activities you can do here, like ice fishing.

The Russian capital is known for its iconic Red Square and the Kremlin. The atmosphere in Moscow is great during the Christmas period. Beautifully lit buildings covered with snow give the city an extra dimension. During the Christmas holidays, you can of course go ice-skating in Gorky Park or on the artificial ice rink in Red Square.

Poland in general, and the attractive city of Kraków in particular, is among the best Christmas destinations in Europe. Kraków is a true historical and cultural jewel and a definite must-see well beyond this much-awaited day of the year. Make sure you visit the Main Market Square and the Old Town’s centre, where the wooden stalls of the Christmas market have a lot to offer to enjoy out in the cold air.

The Red Sea coast is a sunny area where you can relax under a cloudless sky. On a camel expedition, you can travel further inland, though the biggest attraction of all is the underwater world. The coral reefs are home to more than 1000 species of marine animals. Many of them can only be found here.

Curaçao is the largest island of the former Dutch Antilles. The island is known for its old town of Willemstad and the many beautiful, sheltered bays with pearly white sandy beaches, trendy beach bars and turquoise seawater. But Curaçao is also the island for appealing nightlife and rugged nature in its natural parks.

When it comes to Christmas decorations, New York is the crowning glory. The Dyker Heights district in Brooklyn has been voted the best decorated district in America. Having a walk around will let you admire the sumptuously decorated houses. The Christmas market in Bryant Park is one of the best in the city. New Year’s Eve is of course celebrated in Times Square.

It is a very special experience to celebrate old and new, “reveillon”, in Rio de Janeiro. Enjoy the pilgrimage to the beach, dressed in white. In the evening, everyone dances samba. The large fireworks from ships off the coast attract more than two million people. The party continues until the first sunshine of the new year breaks through.

Down Under is one of the most spectacular New Year’s celebrations in the world. The biggest fireworks show sets the city on fire. Sydney is really a bucket list destination around this time of year, what a special experience! What’s more, the city has plenty of other highlights you can visit. 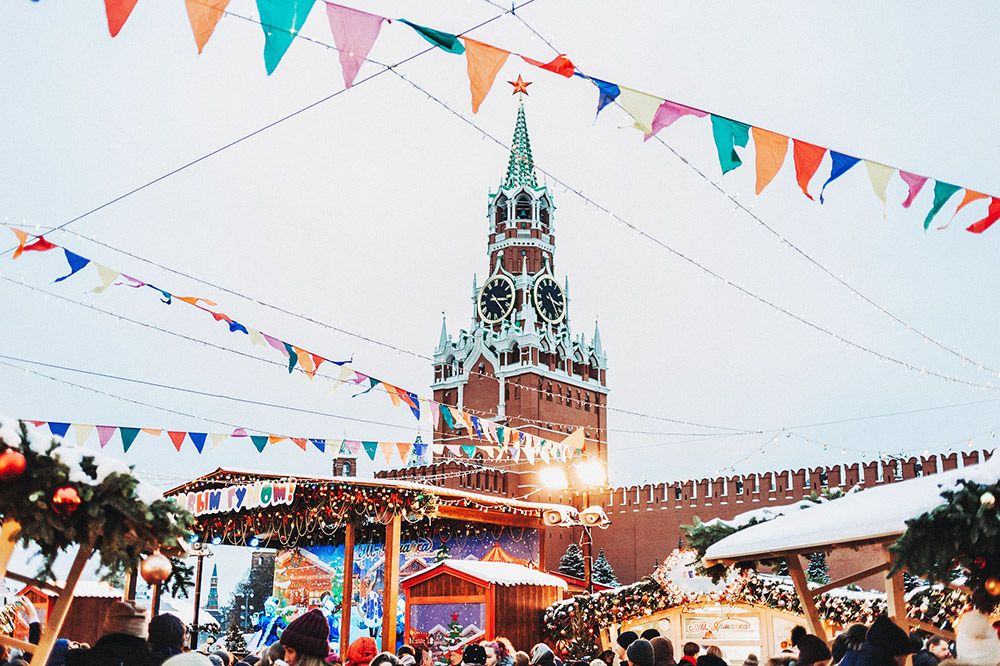