South Asia is a tourist region for the more adventurous, active traveller. The region includes the countries between the Himalaya Mountains and the Indian Ocean, and between the Ganges and Indus River valleys.

There is much to see and do in South Asia. The huge Himalaya Mountains, for example, are ideal for fantastic walking trips lasting several days. In the highlands, besides Mount Everest, Pokhara, Lumbini and Pashupatinath are important tourist attractions. Moreover, the region is known for cultural highlights such as the Taj Mahal and the pink city of Jaipur but also for its beautiful nature in countries like Sri Lanka. Divers know South Asia mainly for the coral atolls of the Maldives.

Mountainous Afghanistan has been the centre of many powerful empires for the past 2,000 years. Over the past four decades, the rugged but beautiful country has been in the news in a very negative way. Although the country has much to offer the intrepid traveller, caution is advised. Travel to the 4,000-year-old capital Kabul, for example, is not recommended.

Bangladesh is not well known as a holiday destination to many people. Most people only know about the news images of floods in the country’s river delta. Nevertheless, Bangladesh has a lot of interesting sights to offer. For example, archaeological sites, historical mosques and monuments, resorts, beaches, beautiful nature and a rich fauna. Furthermore, the country has the largest mangrove forest and the longest sandy beach in the world.

Bhutan is a culturally and geographically unique country situated high in the Himalayas. The Buddhist kingdom is known to most travellers primarily for its rich culture. But Bhutan is so much more than just the touristy, cultural attractions such as Paro and Jakar. In fact, the country has a downright breathtaking, natural landscape. If you are an adventurer, go to the barely discovered, untouched east of Bhutan. Thanks to its pristine environment and harmonious society, the small kingdom of Bhutan is also known as ‘the last Shangri-La’.

India is an extraordinarily varied country. In the particularly large country, there are enormous differences in geography, climate, culture, language and ethnicity. India offers many opportunities to travel around for months. If you really want to see all the worthwhile places in India, you should count on a trip of at least six months. If you don’t have that much time, limit yourself to one or two regions. Go to the north or north-east for the beautiful palaces, forts and the Himalayas. In the south and west, you will find beaches and bustling cities. The east is known for its culture and religion: here you will find the origins of both Hinduism and Buddhism.

The bounty islands of the Maldives are known for the luxury island resorts, the pearly white sandy beaches and the beautiful underwater life. Although you have many wedding couples there, most tourists come for the unprecedented beautiful water world. While snorkelling or diving, you will get to see more than 2000 species of fish in the clear water. The UNESCO Biosphere Reserve around Baa Atoll, offers some of the richest coral reefs in the world. The reserve is a major tourist attraction and a good example of sustainable tourism.

Nepal is the territory of the mountain hiker, mountain biker and rafter. The country has 8 of the 10 highest peaks in the world, including Mount Everest. But besides mountains, culture lovers will also find plenty to enjoy. For example, one of the important tourist attractions of the Republic is the city of Lumbini. This is the birthplace of Gautama Buddha, the founder of Buddhism. Other important sights are Pashupatinath, Boudhanath, Janakpur Dham and the Chitwan National Park.

Pakistan is a world-class destination for trekking and single-day trekking. One of the most beautiful hiking areas is the Hunza Valley, in the north near the border with China. There is also excellent horse riding and cycling. But apart from trekking and cycling, a visit to Karachi should not be missed during your trip through Pakistan. The same goes for the salt mines of Khewra and the valley of Swat. But don’t forget the K2, which according to some is the highest mountain in the world.

The beautiful island of Sri Lanka is a suitable holiday destination for both a round trip and a relaxing beach holiday. Or a combination of both! Besides beautiful beaches, you will also find tropical rainforests with elephants, leopards and millions of migratory birds. In addition, the cities of the former Ceylon offer a unique culture and a beautiful insight into the Dutch, Portuguese and British colonial times. Many tourists combine their visit to the island with a beach holiday in the Maldives. 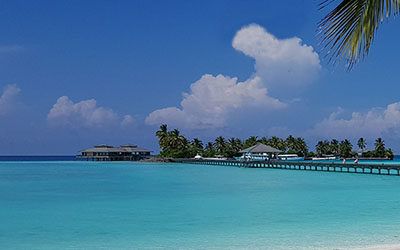 The Bounty Islands of the Maldives

Who doesn't remember the Bounty adverts in the 1980s? Incredibly beautiful, white sandy beaches, fringed by palm trees with low-hanging crowns. The recordings for the commercial were made in the Dominican Republic. But as far as we are concerned, it could just as well...

END_OF_DOCUMENT_TOKEN_TO_BE_REPLACED

Despite the huge expanse of the region, there are some similarities when it comes to climate. Except in the Himalayas, the climate is tropical, with a monsoon in the summer and a dry winter. The differences lie in the duration of the monsoon. For example, West Pakistan has virtually no monsoon, whereas the monsoon in the south of India lasts six months. Sri Lanka even has two monsoons, one in our spring and one in our autumn.

Travelling within the region of South Asia

The very extensive region of South Asia is ideal for touring. Just as in Southeast Asia, you can easily spend many months travelling there. How you do this varies greatly from country to country. In India, for example, you get around by train. In Bangladesh, you go on river cruises. And in the Maldives, you can be ferried about in luxury by speedboat or seaplane.

In Sri Lanka, you take the bus or train. But most tourists do a round trip in a rental car. In Nepal, you can take the plane, the bus or simply walk. The car is the main mode of transport in countries like Afghanistan while the bus is the main method for Pakistan. Finally, in Bhutan, hitchhiking will go a long way. Another option is walking. 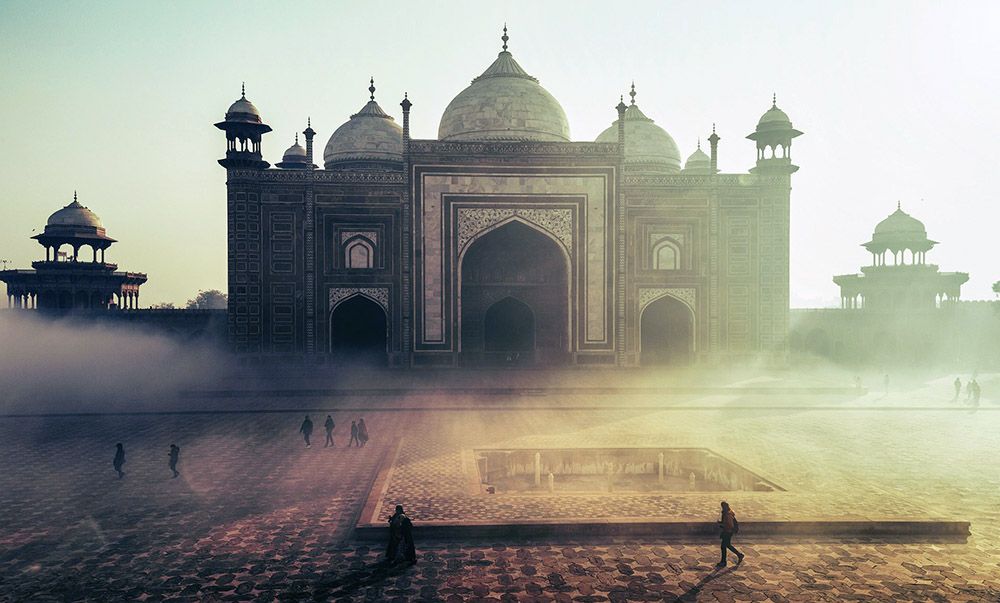 The vast majority of destinations in South Asia requires vaccinations. Malaria also occurs in many areas and there is a chance that you will need to take medication for it. More information can be found on the country pages of NHS.

Just like Southeast Asia, this region is ideal for a longer trip. There is so much beauty to see or do, that a journey of a few months is much too short. Unless you only visit one country. Depending on your interests, available time and period of the year, you can make a fantastic tour through one or more countries of South Asia. Except for the Maldives, daily expenses are very low in this region, so don’t let that deter you. For Afghanistan and Pakistan, but also periodically for Sri Lanka, security risks apply. More information can be found on gov.uk.