Moscow during the winter

Home » Russia » Moscow during the winter

Moscow is the almost-nine-centuries-old, iconic capital of Russia. For a long time, the fashionable city played a central role in the development of Russia and the world. For us and many others, the Kremlin is at the centre of Russia’s symbolism and rich history. You can still find many buildings and other sights in the city that strongly recall the period when Moscow was the capital of the Soviet Union.

But Russia and its capital are so much more than just memories of the USSR. There are many architectural jewels from the time of the Russian Empire, various theatres, beautiful parks and gardens, and many other attractions to keep you busy for a week. 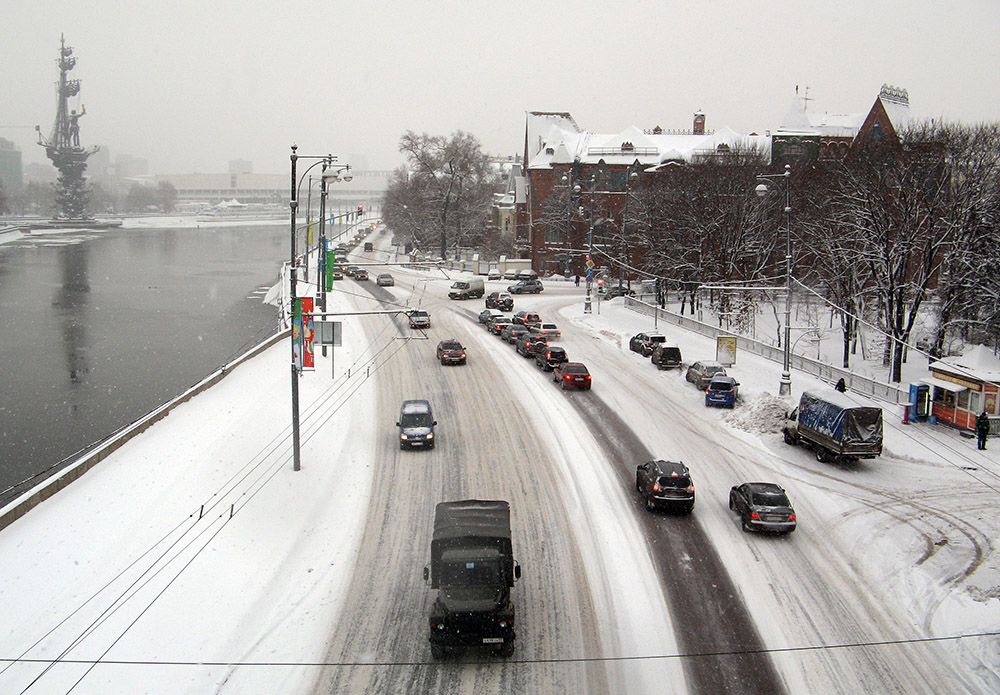 What to see and do in Moscow

Just like in St. Petersburg, Moscow has plenty to see and do at any time of year. We were only there for three days in the winter to celebrate New Year’s Eve at Red Square (see also our message about destinations to celebrate New Year’s Eve). Although it can sometimes be very cold in winter, there is plenty to do that is not possible in summer, such as skating in Gorky Park or on the Red Square skating rink.

Below you will find a selection of the many attractions. 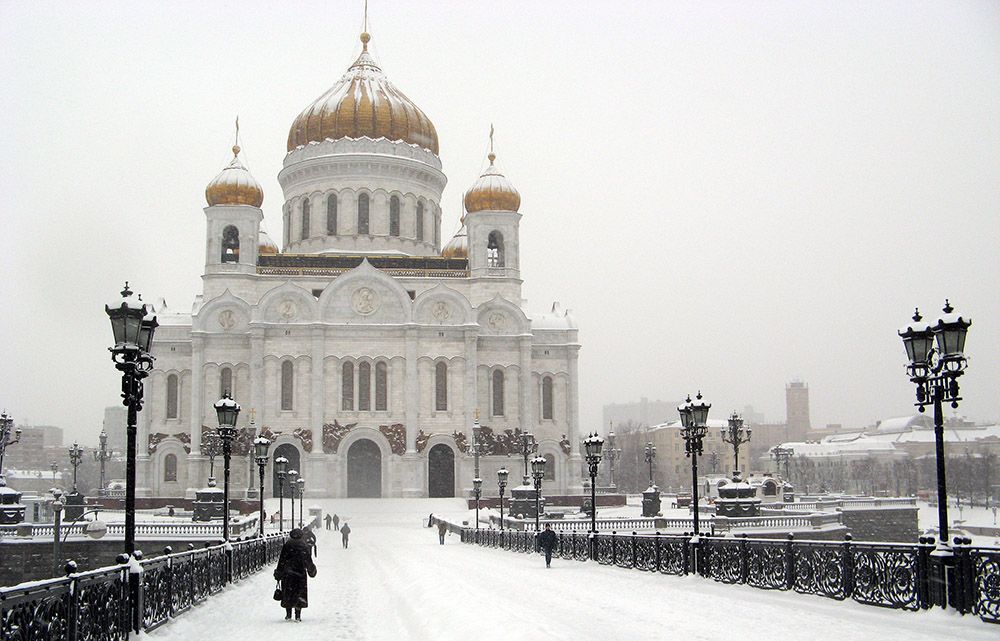 The place where most tourists will first go during their stay in Moscow, is the 330-metre-long and 75-metre-wide Red Square (Krásnaya Plóshchad in Russian). The iconic square is surrounded by the Basil Cathedral, the National Historical Museum, the Mausoleum of Lenin and one of the long brick walls of the Kremlin. The cobblestones of the square are black and not red. The name of the square comes from the Russian word krasnaya, which today means ‘red’ but used to mean ‘beautiful’.
For most Russians, the late 15th century Red Square is the heart of Russia. Much has happened here through the centuries. In the second half of the last century, the square was mainly known for military parades until the collapse of the Soviet Union.

The Cathedral of St. Basil, also known as the Cathedral of the Intercession of the Mother of God on the Greppel, was built in the middle of the 16th century by order of Ivan the Terrible, in honour of his victory over the Volga-Tatars in the city of Kazan. Many find this one of the most beautiful Russian Orthodox churches in the world. It is without doubt the most important eye-catcher in the Red Square. To prevent Stalin from destroying the church, the building was transformed into a museum in 1929. 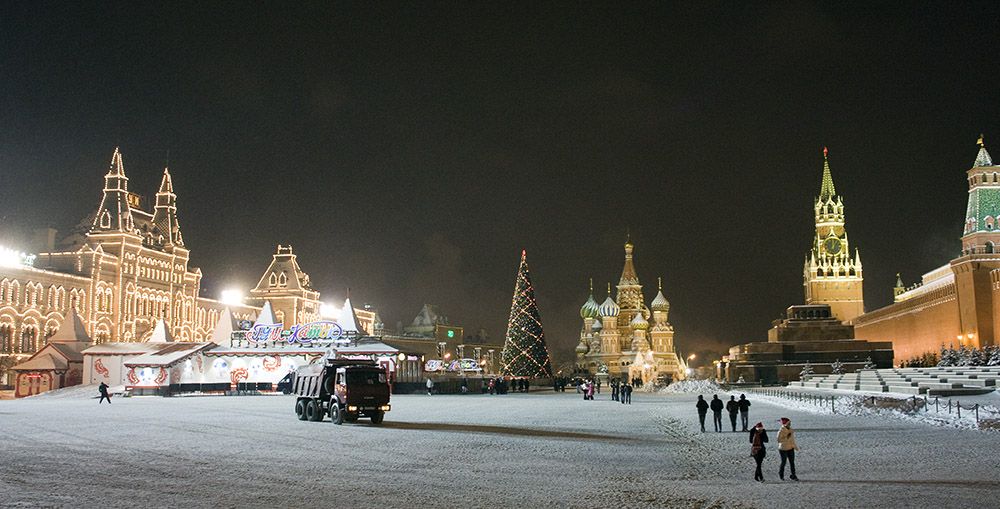 The Kremlin, which means fortified city centre, is an old city and citadel in Moscow from the 12th century that quickly grew into a thriving city. To protect the city from the Mongols, the wooden walls were replaced two centuries later by white stone walls. It was the former residence of Russian tsars. Since then, it has been the seat of government.

This neo-Russian-style museum, which in itself is an attraction, was founded in 1872. You will find an impressive collection of remains from prehistoric tribes that once inhabited the territory of present-day Russia, as well as manuscripts and works of art from the 6th century and many other art treasures.

Beautiful Gorky Park is like a green oasis in the big city. The park offers something for everyone. In the summer you can take dance, yoga or fitness classes, but also participate in other outdoor activities or rent a boat. In winter, half of the park turns into one of the city’s largest ice rinks. The park also houses an open-air theatre and a museum of contemporary art. 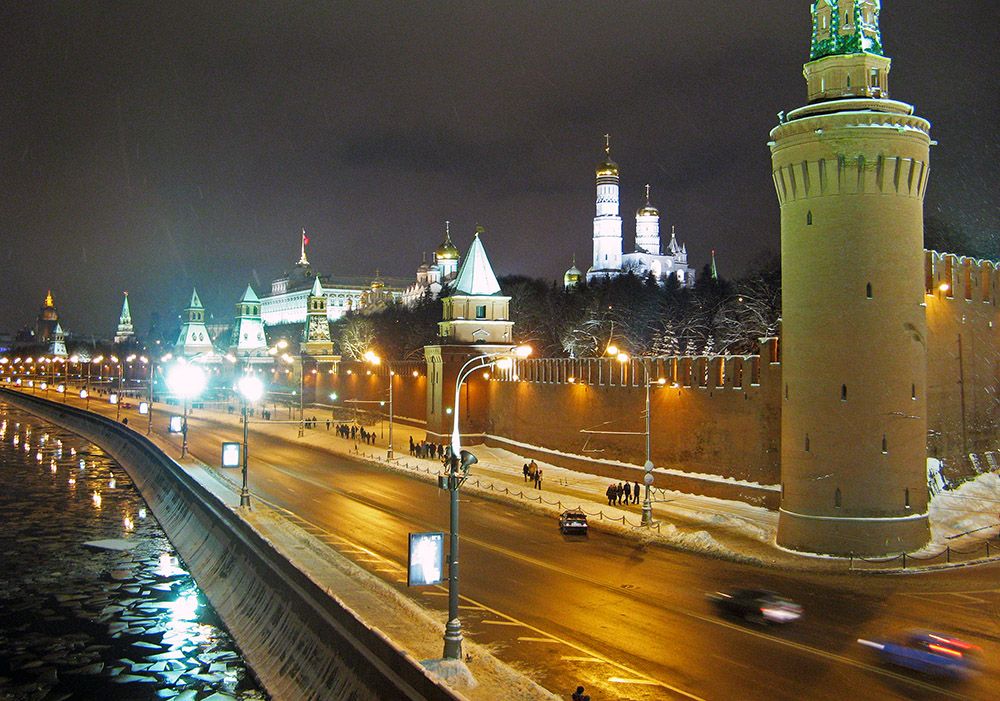 During your stay in Moscow, definitely visit one of the many Russian bathhouses (banyas). It is an important Russian tradition where especially the over 40s go at least once a week. The oldest and most famous banya in Moscow is Sandunovsky. The baths have existed since 1808 when construction was seen as an architectural and technical miracle. But even now, in the 21st century, they are the benchmark for Russian baths. The restaurant serves drinks for the complete after-banya experience.

The Bolshoi Theatre is the large, beautiful classical theatre in the centre of the city. There are ballet, opera and classical music performances. Tickets are usually sold out well in advance. The historic theatre also offers English-language guided tours of the building itself. St. Petersburg also had a Bolshoi theatre between 1775 and 1886, but this has been incorporated into the Mariinskitheater.

Another well-known theatre is the Kolobov Novaya Opera Theatre, which was originally opened as an open-air theatre in the Hermitage Garden in 1894. Since the end of 1997, the theatre has been housed in a beautiful Art Nouveau-style path where it has over 700 seats.

Some well-known streets you must walk through during your stay in Moscow are Varvarka and Arbat and Tverskaya. Varvarka is one of the oldest streets in Moscow. It is part of the trading quarter near the Kremlin which is surrounded by the defence wall of Kitay-Gorod. The fairly short street is rich in cathedrals that were visited by the Russian tsars. Arbat is an elegant, historic street right in the city centre with many cafes and restaurants, live music and caricaturists, souvenir shops and tattoo salons, monuments and a theatre. 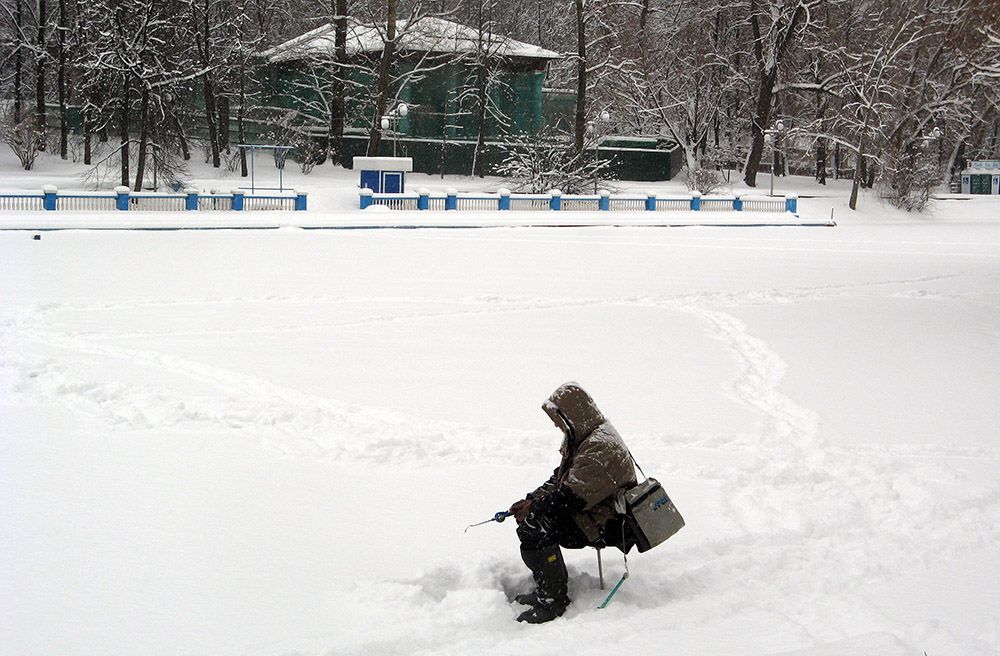 Practical matters for your visit to Moscow

The best time to visit Moscow is during the months of April and May, when the weather starts to get nice with pleasant temperatures and sunshine. Of course, the climate is even better in the summer, but you have higher prices and greater crowds. In autumn, it starts to rain more and the days become visibly shorter. In winter, it can get pretty cold in Moscow. Yet we thought it was manageable if you dress warm.

Getting around the city

Moscow is accessible by metro, buses, trolleys, trams and taxis. But just like in St. Petersburg the advice is to use the metro as much as possible to avoid getting stuck in traffic jams for a long time. Book a hotel within walking distance of Red Square so you can reach the most famous tourist attractions on foot. 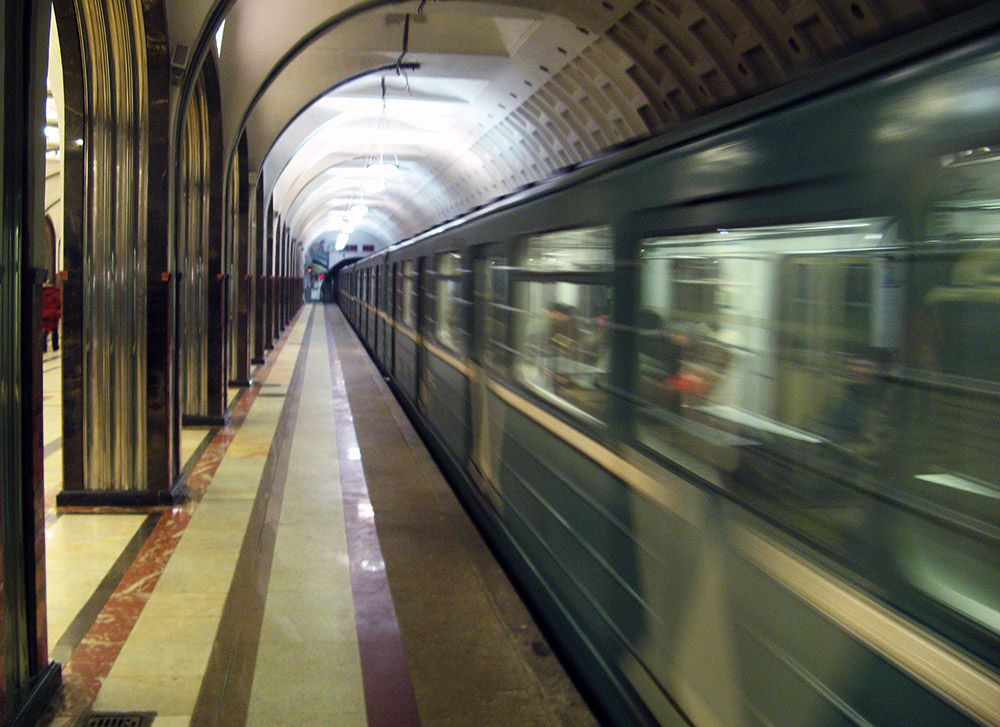 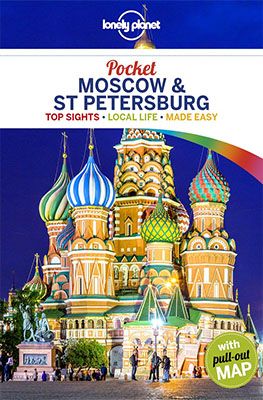 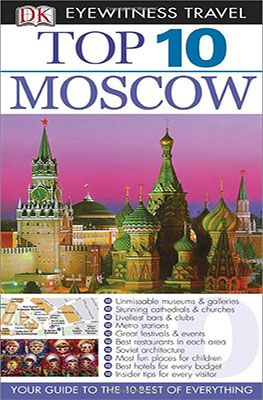