Oceania is the smallest part of our planet, located southeast of Asia. Despite its relatively small land area, the region covers the immense world of water known as the Pacific or Pacific Ocean. The area consists of the major islands of Australia, New Zealand and New Guinea, as well as the three major island groups of Melanesia, Micronesia and Polynesia. The region is so large and diverse that we dedicate separate, extensive pages to the islands and island groups mentioned on this website.

This is the largest country with the most inhabitants of the entire region. The capital is Canberra but most travellers know Melbourne, Sydney, Brisbane and Perth much better. In the north, you have tropical rainforest, in the interior, one of the largest deserts in the world and in the south and east, forests, meadows and beaches. A few years ago, we were introduced to the southeast, where, in our experience, you can easily spend three to four weeks.

Two years ago, we only had three weeks to discover both the north and south islands. This turned out to be too short: in this country, you can easily make a world trip through the great diversity of landscapes! As far as we’re concerned, this is a country that should be on everyone’s bucket list. Although the South Island really stole our hearts, the North Island is also well worth a visit. The beautiful, rugged and above all very diverse nature is perfect for sightseeing and hiking. What makes travelling in New Zealand special is the convenience: there is plenty of accommodation to find but perhaps renting a motorhome is even more ideal.

This particularly large island consists of Papua New Guinea in the east, and the Indonesian part of Papua in the west. Tropical rainforests, beautiful bays, many small, paradisiacal islands, and various cultures. It is an island which is still little visited by travellers, although in recent years, especially in West Papua, more and more tourists are to be found. This is also an adventurous travel destination, if only because it is not really accessible. Some caution is advised as it can be restless – especially in the east. In October 2018, we visited West Papua. More details on this (diving) paradise destination follows on this site.

This area with a water surface of more than 50 million square kilometres lies roughly between Easter Island in the southeast, Hawaii in the north and New Zealand in the southwest. The name Polynesia is synonymous with tropical, paradisiacal, bounty islands. Among divers, the area is also known as the Walhalla for diving with large (shore) fish. On this website there is further information on Hawaii, French Polynesia, and the Cook Islands. Other well-known Polynesian islands like Samoa, Tonga and Easter Island are definitely still on our wish list too.

This area stretches from New Guinea in the west to Fiji in the east. Fiji attracts the most visitors and enjoys the greater fame. But for culture, a visit to Vanuatu – where bungee jumping is part of a boy’s life to become a man – and Papua New Guinea, is recommended. This group of islands is also high on our wish list. By the way, Fiji, Vanuatu, Tonga, Papua New Guinea and the Solomon Islands are very vulnerable to devastating cyclones, floods, earthquakes and climate changes. For Melanesia it is therefore advisable to check the travel advice for the islands beforehand.

The small islands of Micronesia, north of the equator and east of the Philippines, are particularly famous among divers. The area is one large cemetery of ships from the second world war. We visited the islands of Chuuk, Palau, Guam, Kosrae and Pohnpei. The island of Pohnpei is known among archaeologists for its Nan Madol, a very old city and world heritage site. A highlight of Kosrae is the celebration of Christmas. Many inhabitants on the island work in the tourist industry all over the world in the world but return to their native country every four years during that period. 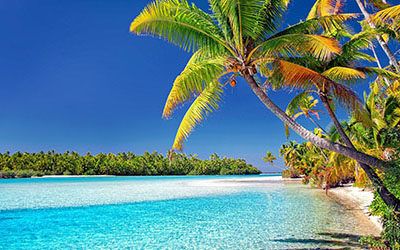 In the middle of the South Pacific between French Polynesia to the east and Tonga to the west, lie the 15 inhabited paradisiacal Cook Islands.It has been several years since we visited this paradise on earth, but we would love to go back! In this blog we explain...

END_OF_DOCUMENT_TOKEN_TO_BE_REPLACED 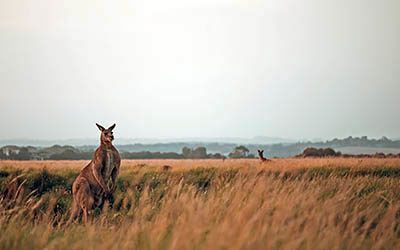 Australia is known to many for its kangaroos and koalas, Ayers Rock (Uluru), its beaches, deserts, the 'bush', the 'Outback', the first Grand Slam tennis tournament and the first Grand Prix of the New Year, and the major cities like Sydney, Melbourne and Brisbane......

END_OF_DOCUMENT_TOKEN_TO_BE_REPLACED 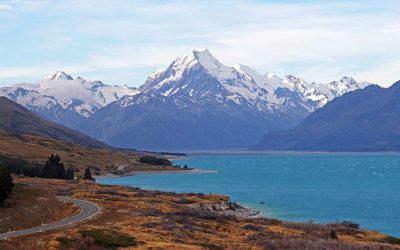 Two years ago, we only had three weeks to discover both the north and south islands. This turned out to be too short: in this country you can easily do a world trip due to the great diversity of landscapes! A bucket list destination for us...    ...

END_OF_DOCUMENT_TOKEN_TO_BE_REPLACED

Due to its enormous size, Australia has various climates. In the north, it is (sub)tropical, in the interior, a desert climate and in the south and east, there is a (mild) maritime climate. Best travel time depends on where you want to go. In their winter (our summer), Sydney is a good place to be while in the nearby Blue Mountains it can get pretty chilly. Winter is for the north and northeast, the dry season, in Perth (on the west coast) the rainy season reigns. In their summer, much of the country can get hot to very hot. In Melbourne, you have the dry season and the temperatures are very pleasant.

New Zealand’s north and south islands have a mild maritime climate and relatively a good amount of sunshine. In winter it can get cold on the southern island, especially in the mountains. There are even plenty of opportunities for skiing. In their summer it is a bit drier than in winter and also a bit warmer but large temperature differences like there are in neighbouring Australia you just do not have here.

The large, mountainous island of New Guinea has a tropical rainforest climate with very small temperature differences between the seasons. Because of the altitude it can get cold in the mountains despite its location at the equator. The extreme (south)east has a relatively dry season in our summer. In the far west, the rainy season prevails.

It will come as no surprise that Polynesia has a tropical climate. Throughout the year it is humid and warm. Thanks to the sea breeze, however, we find it easy to tolerate. The best time to travel is our summer. Both in Hawaii in the northern hemisphere and in French Polynesia in the southern hemisphere there is the drier period. The islands on the equator, such as Kiribati but also Easter Island, have different seasons.

Micronesia, just like Melanesia, has a very humid, tropical climate but the differences between the rainy and summer season are somewhat smaller. Most of the inhabited islands are just south of the hurricane zone.

Given the size of the region, air travel is the preferred means of transport. The easiest way is to fly from a large international airport such as Los Angeles, Seoul, Singapore, Jakarta or one of the larger airports in New Zealand to one of the major hubs in the region, from where you can take a flight or not. The hubs in the region include Port Moresby (Papua New Guinea), Fiji (Melanesia), Guam (Micronesia), and Hawaii or Tahiti (Polynesia). From the hubs there are many air connections to other cities or islands. Please note that the number of companies that fly mainly to the smaller islands is small. The costs for an airline ticket are therefore usually (a lot) more expensive than for example in Southeast Asia. In many cases, an air pass, consisting of one-way journeys within a certain region, is the most economical option.

The region is too large and too diverse to discuss health-related topics in detail on this page. For example, it is obvious that the tropical rainforest of New Guinea can provoke different diseases than the mountainous landscape of the southern island of New Zealand, and that medical facilities in Sydney are probably better than on the most remote island of Kiribati. For more information, please visit the main pages of Australia, New Guinea, New Zealand, Melanesia, Micronesia or Polynesia (if available).

Because the region is so vast and travel is not always as quick as you would like to travel from New Guinea to the Tuamotu Islands of French Polynesia, for example, we would be happy to give you some personal travel advice, considering your own wishes. See the special page where you can request personal travel advice.