Australia in a nutshell

Australia is the fifth largest country in the world in terms of land mass. Most people know the country thanks to its kangaroos and koala bears, Ayers Rock (Uluru), beaches, deserts, the ‘bush’, the ‘Outback’, the first Grand Slam tennis tournament and the first Grand Prix of the New Year, as well as major cities like Sydney, Melbourne, Brisbane and Perth. The country is highly urbanised, particularly along the east and southeast coasts.

Large areas in Australia have been deforested for agricultural purposes, but in the many and particularly large, national parks and other unexplored areas, you’ll find many primeval forests and native plant species. There are also vast deserts and rainforests with waterfalls. And of course, beautiful beaches where surfers love to come to visit. The animal world is very extensive. Both above and below water.

Australia consists of the following states that are very different one from the other:

New South Wales is the oldest colony among the former Australian colonies of the United Kingdom and today is the most populous state in Australia. Sydney, the capital of the state, is Australia’s largest city. There are two federal enclaves, the Australian Capital Territory (ACT) where the Australian capital Canberra is located and the Jervis Bay Territory. The state’s highlights include the Blue Mountains, Hunter Valley, the Snowy Mountains and the capital Sydney. 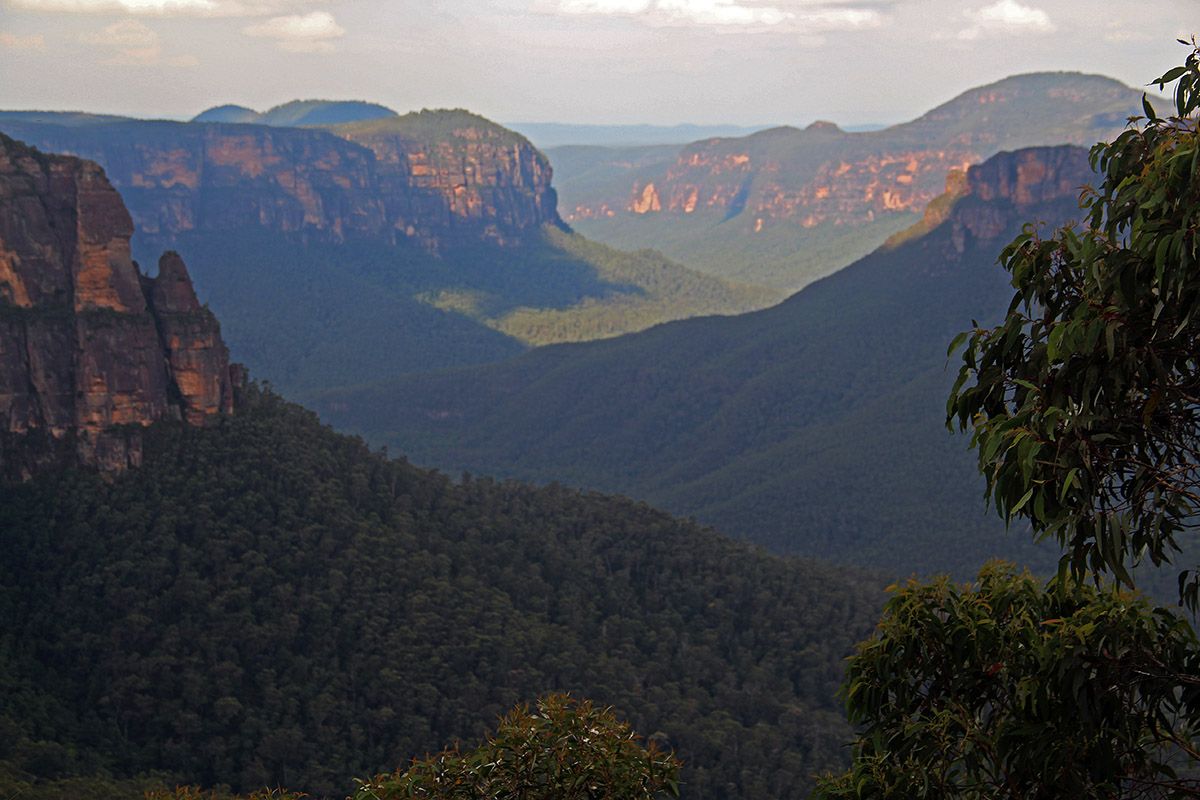 The Northern Territory, in Australia called ‘the Territory’, is known for its large nature reserves, including the tropical National Park Kakadu, the wonderful Devil’s Marbles Conservation Reserve and the world-famous National Park Uluṟu-Kata Tjuṯa. The most famous places are Darwin, the capital of the state and Alice Springs. In the north lies the large Arnhem Land area, which belongs to the aboriginals.

The state of Queensland is known for its sunny warm weather, the Gold Coast, the Great Barrier Reef and the bustling city of Brisbane, also the state capital. However, it is also known for the tropical rainforests of the Daintree National Park, the beautiful Whitsundays Islands and (part of) the ‘outback’. In the 19th century the state was a penal colony for prisoners who did wrong in New South Wales. 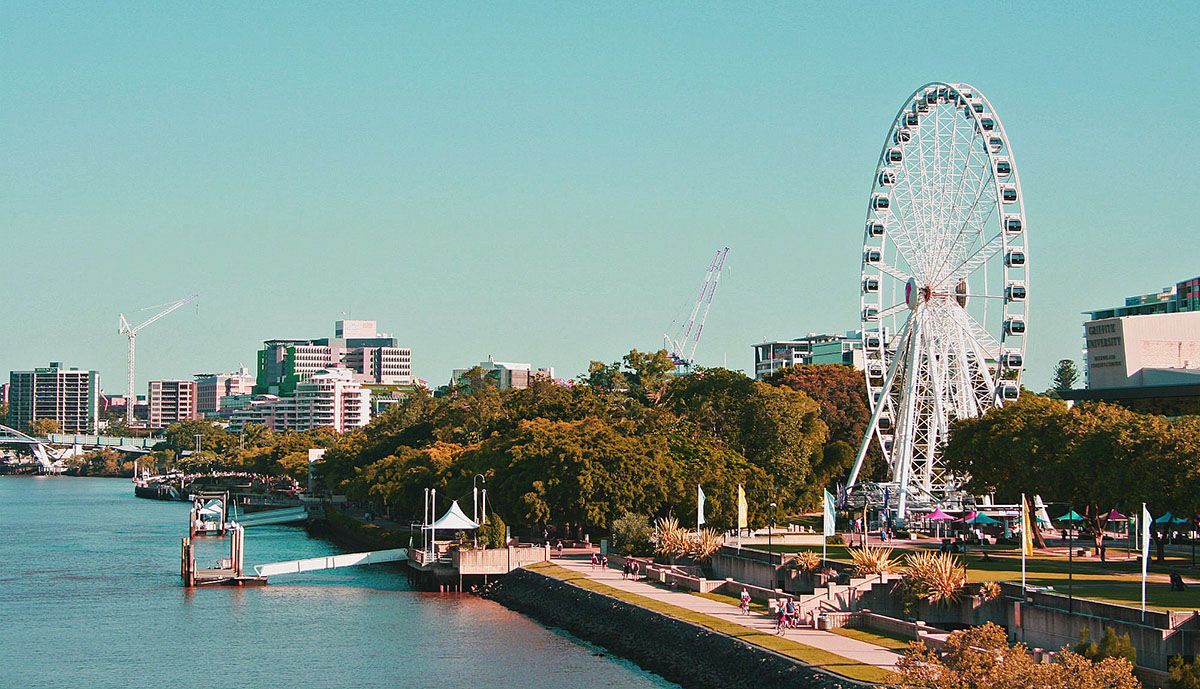 South Australia is the driest state in Australia with Adelaide as its capital. The state is particularly known for its fine wines, the beautiful Flinders Ranges, the outback and the nature on Kangaroo Island. 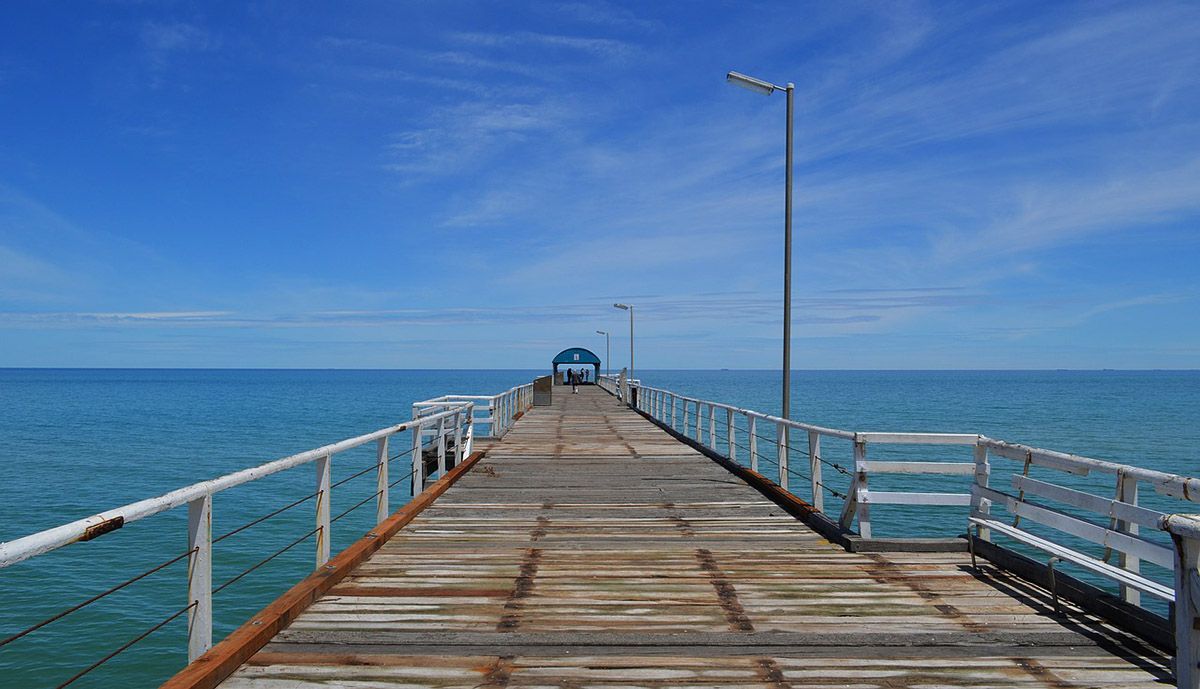 Tasmania is the smallest state in Australia. The island named after explorer Abel Tasman is separated from the mainland by the Bass Strait. Tasmania is known for its many protected nature reserves. Tasmania’s wilderness is on the World Heritage List. Hobart, the capital city, is Australia’s second oldest city after Sydney. Many historical sites are well preserved. The city lies at the foot of the almost 1300-metre-high Mount Wellington on the southeast coast of the island. 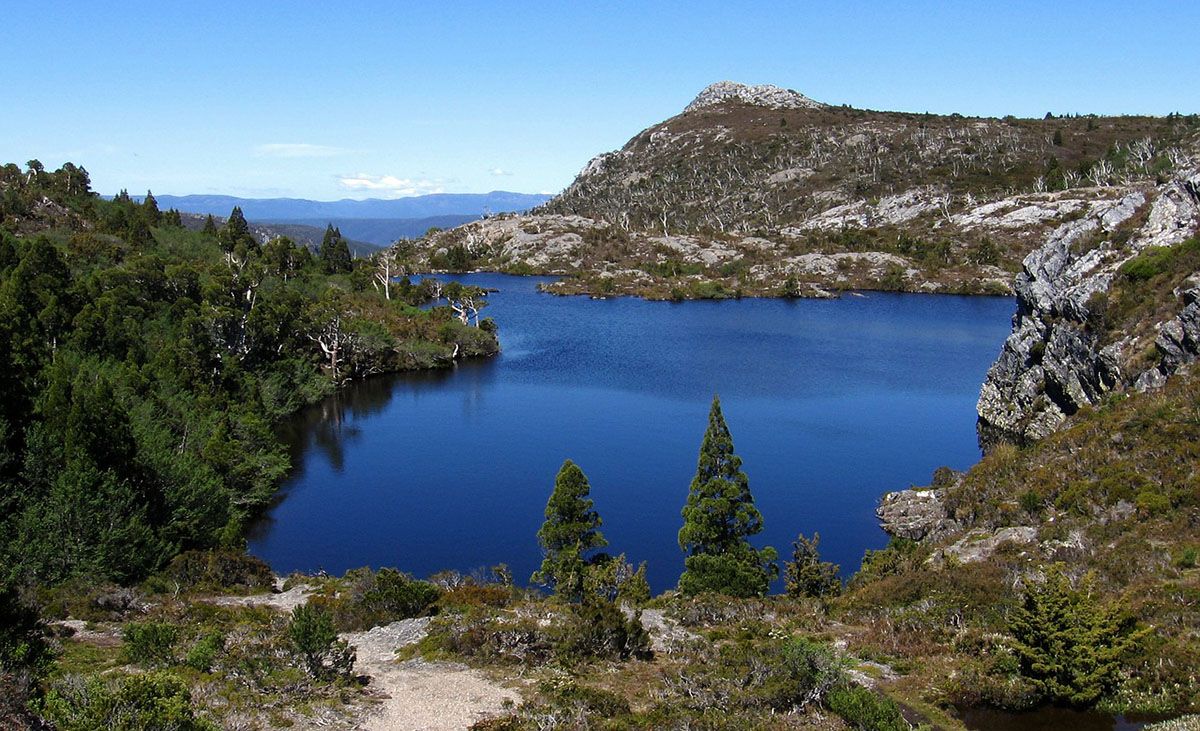 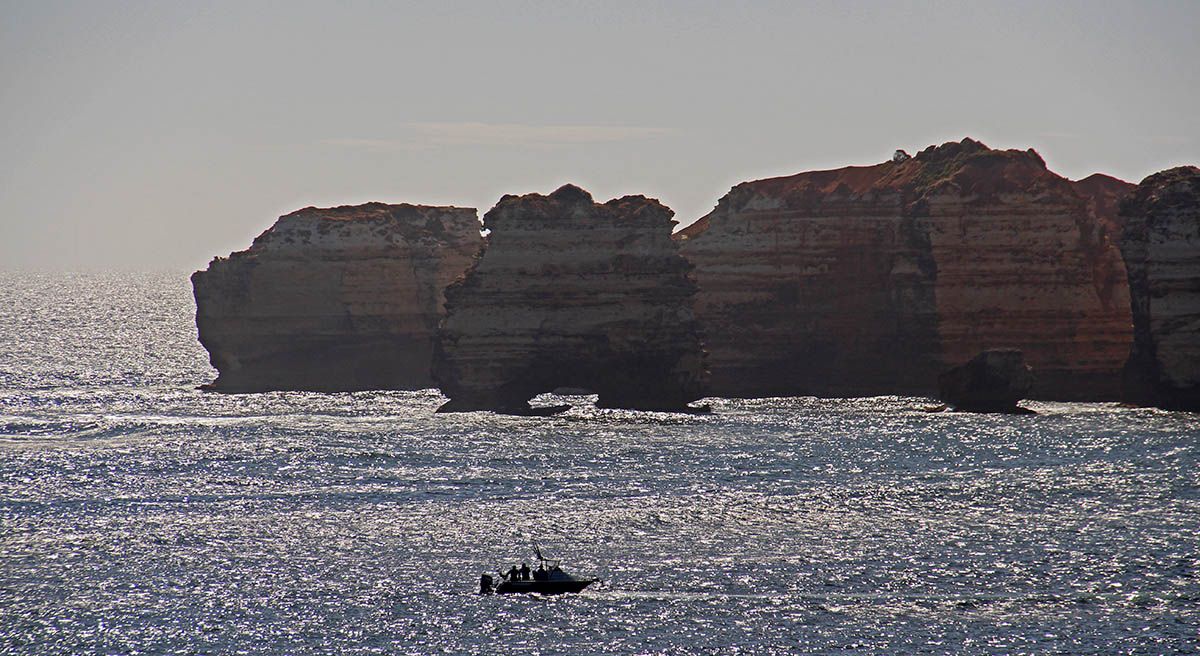 Western Australia is the largest state in the country, located in the southwest. The Dutch were the first Europeans to set foot ashore; they called it New Holland. The state is best known for its particularly beautiful and fun city of Perth, its wine-growing, the beautiful Margaret River and Albany, as well as the great dive sites around Ningaloo in the north.

We think Australia is a great holiday destination. We can easily travel around here for three months without having seen the whole country. However, there are also some things that cause us concern. Pollution is one of them, but also the loss of biodiversity. What’s more, as avid divers we are concerned about the preservation of the Great Barrier Reef, the largest coral reef in the world. But for the time being, we will enjoy the beautiful nature parks, the relaxed atmosphere everywhere and the mild to warm climate. 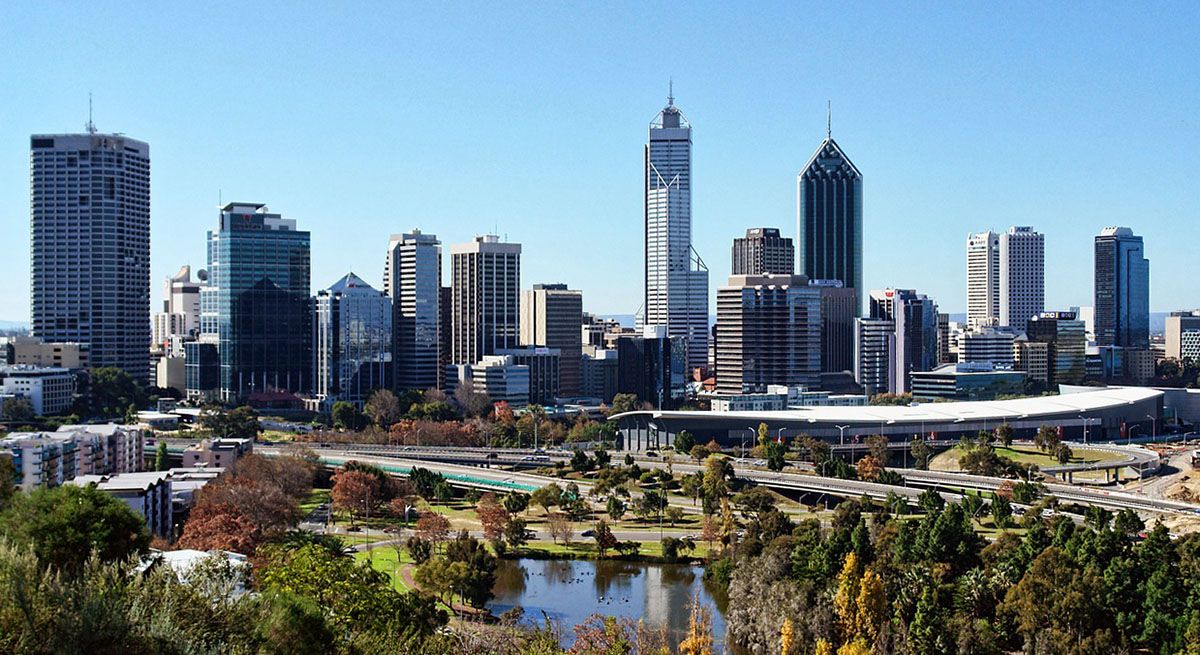 In Australia there is a lot of accommodation available and there are many different possibilities for spending the night. Besides hostels for young and old, you can visit motels, hotels, apartments and resorts. You can also spend the night at the so-called farm stays. You will stay on a real Australian farm where you can, if you like, join in with the farm life. Another option is camping, a perfect way to experience the beautiful Australian nature. In some national parks, camping is actually the only way to spend the night. You’ll find campsites all over the country, but most of them are on the coast or in national parks.

Street crime and car theft are particularly common in large cities. Furthermore, there are no special security risks for travelling to Australia. However, there was an attack in Melbourne in November 2018 and one attack was foiled. Read the current travel advice for Australia. 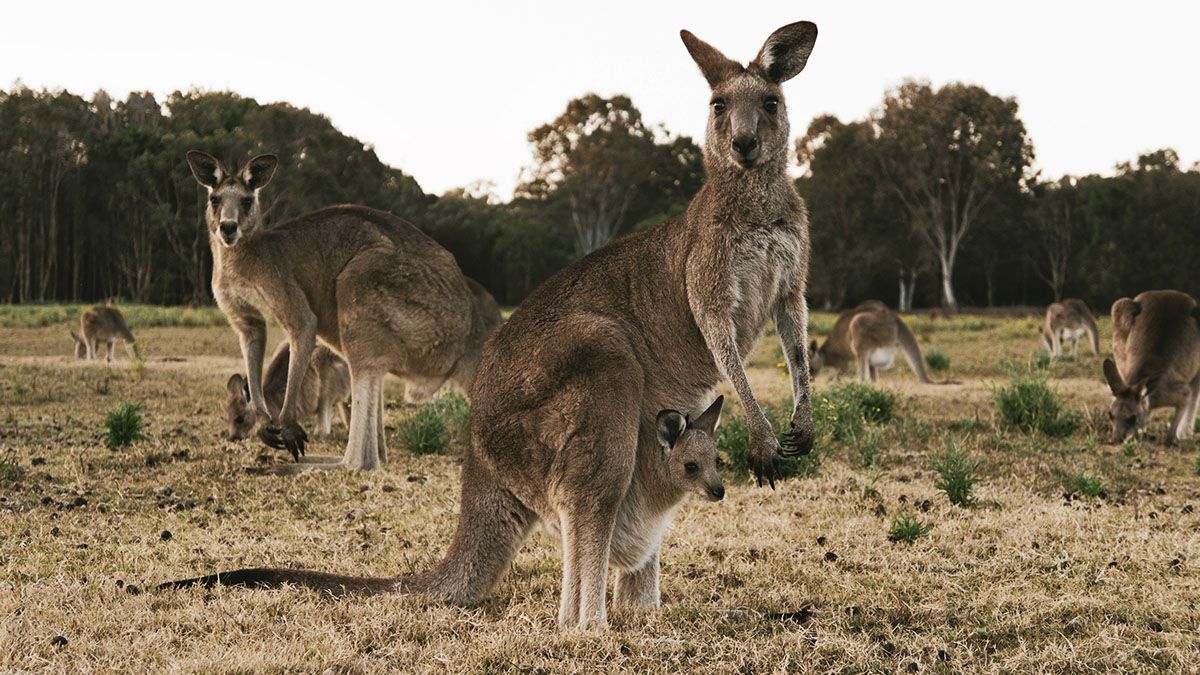 No compulsory or recommended vaccinations apply to Australia unless you have been in a yellow fever country in the seven days prior to arrival. There is no malaria in Australia either, but in the north, there is dengue and Japanese encephalitis. So, apply anti-mosquito repellent with a high DEET percentage (50%). What’s more, preferably sleep under a mosquito net.

In addition to protection from mosquitoes, Australia has certain health recommendations for sweet and saltwater crocodiles and poisonous jellyfish (in the north), as well as for some species of poisonous spiders and snakes. If you are bitten, seek medical help immediately.

In Australia, medical care is of a high standard. In any case, bring your European Health Card (EHIC) with you. This is the card you probably received from your health insurance company. This card entitles you to essential medical care within Medicare, the Australian healthcare system. You do not have to pay in advance for the provision of medical care.

Best time to travel to Australia

Due to the enormous size of the country, it is not possible to give an overall ‘best travel time’. However, it can generally be said that the best time to travel is in our summer, their winter, to the north and east. If you want to go south (both south and southwest) then go there during our winter months. We will give you the best travel time per highlight.

Unless you are an Australian or New Zealand* citizen, you will need a business or tourist visa, either:

Another option, however, is to hand over the visa application to a visa agency such as iVisa. Although this will cost you a little money, it will spare you the hassle.

In Australia, both carnivores and vegetarians are well catered for. In the outback, however, it mainly comes down to meat, washed down with beer. Think beef, chicken, lamb, pork but also exotic animals like kangaroo, crocodile and emu. On the coast you have a large choice of different seafood, including shrimp, lobster and fish.

In the big cities like Sydney and Melbourne in particular, the immigrants help you enjoy a wide variety of international dishes, such as curries. Although some restaurants are quite expensive by our standards, you don’t always have to spend a lot of money when you go out for dinner. Aussies often go out for dinner themselves: three times a week is not exceptional. In the cities, besides beer, more and more people are drinking wine.

Although bus and even train connections are good in Australia, we find a rental car or motorhome the most ideal way to get around. Please note that the distances on this continent are large, that there are fewer petrol stations than in Western Europe and that not all roads are accessible for ‘normal’ cars. For that reason, you can also consider travelling some parts by plane and the rest by car or motorhome. 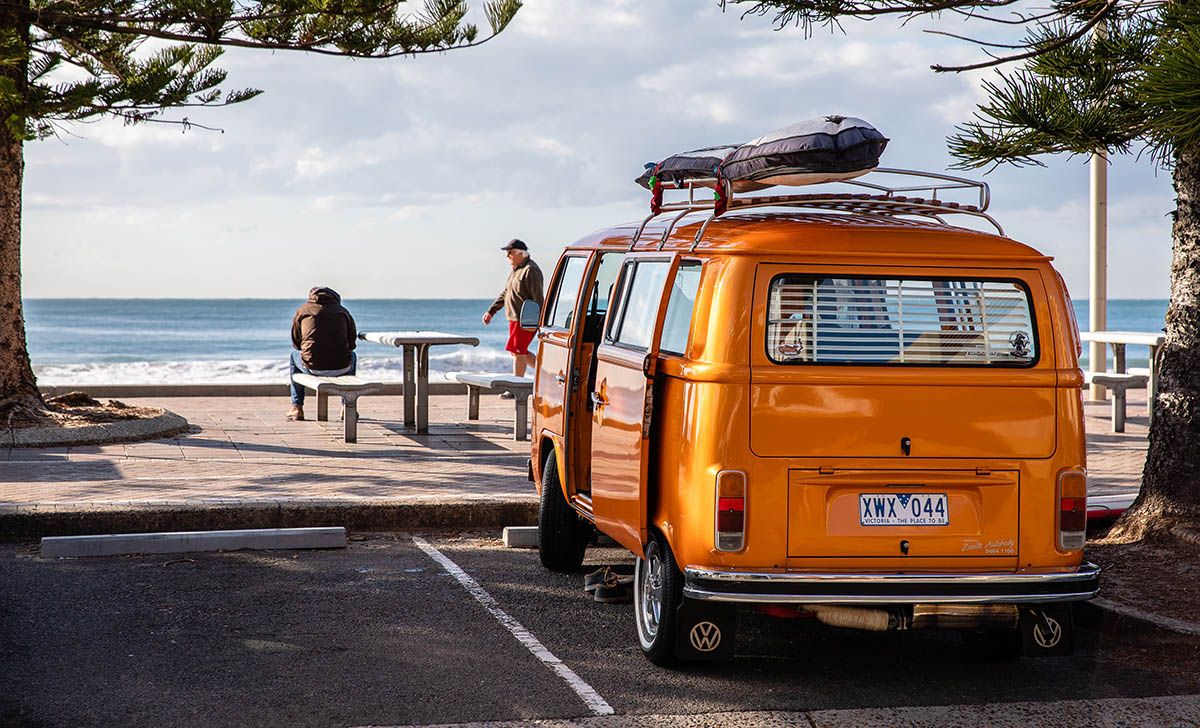 The mains voltage in Australia is 230/240 volts/50 Hz. The sockets are for flat, two- or three-pin plugs of type I. You need a power plug adapter when living in the UK or Ireland.​

You pay in Australian dollars. The general price level is more or less at the same level as that of Western European countries. 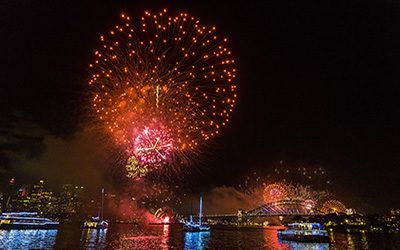 What to see and do in Sydney

Less than three years ago, we had the pleasure of celebrating New Year's Eve in Sydney, Australia's largest but also oldest city with nearly 6 million inhabitants. Sydney was founded in 1788 as a penal camp on the instructions of the British government.... 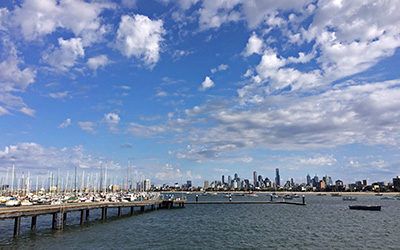 Relaxing in the cosmopolitan city of Melbourne

Melbourne, the second largest city in both Australia and Oceania, was founded by Tasmanian settlers in 1835. They took over the land for next to nothing from the Aborigines. The city named after Lord Melbourne, an English statesman at the time, is... 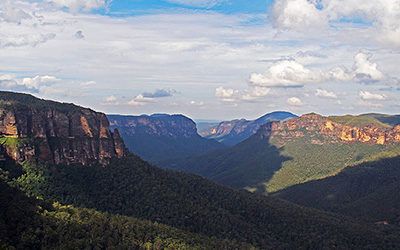 Enjoying nature in the Blue Mountains

Just west of Sydney are the Blue Mountains, a beautiful, mountainous landscape that takes its name from the dense eucalyptus forests that give the sky a blue glow. You'll find quiet villages, deep ravines, waterfalls and rich native...

An absolute highlight in the south of Australia was our drive along the Twelve Apostles, a collection of large limestone rocks near the coast of Port Campbell National Park, on the Great Ocean Road. The sometimes harsh and extreme weather conditions on... 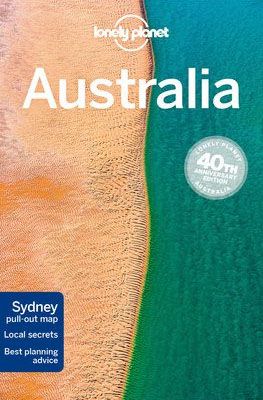 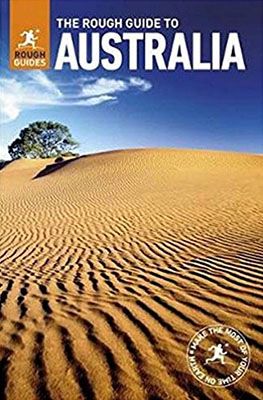