A city trip to the Hanseatic city of Hamburg

A city trip to the Hanseatic city of Hamburg

Home » Germany » A city trip to the Hanseatic city of Hamburg

The international Hanseatic city of Hamburg is the second largest city in Germany and is also one of the 16 federal states of Germany. Most people know Hamburg as the second busiest port in Europe after Rotterdam. The former is rather special, because the port is located on the river Elbe at about 100 kilometres from the North Sea. Because of this port, Hamburg is also called the German “Gateway to the World”.

Hamburg is one of the richest metropolitan areas of the European Union. It owes its prosperity to trade, among other things. In 1241, the city became a member of the Hanseatic League, a cooperation organisation of merchants from German cities around the Baltic and North Seas, but also from cities in present-day Belgium and the Netherlands, Denmark, Norway and Sweden.

This commercial background is also reflected in the city’s architecture. The most striking palace in Hamburg is the town hall with the citizens’ parliament and the senate. The only other palace in the city is located in the Bergedorf district. In addition, the Hanseatic city has many beautiful mansions in public parks and beautiful green residential areas with expensive houses and villas. These houses used to belong to merchants and captains. Large parts of the city were destroyed during the Second World War, however much of its historical value has been preserved. Partly because of this and the many other attractions, and also thanks to the pleasant international atmosphere, Hamburg is a fantastic destination for a city trip. 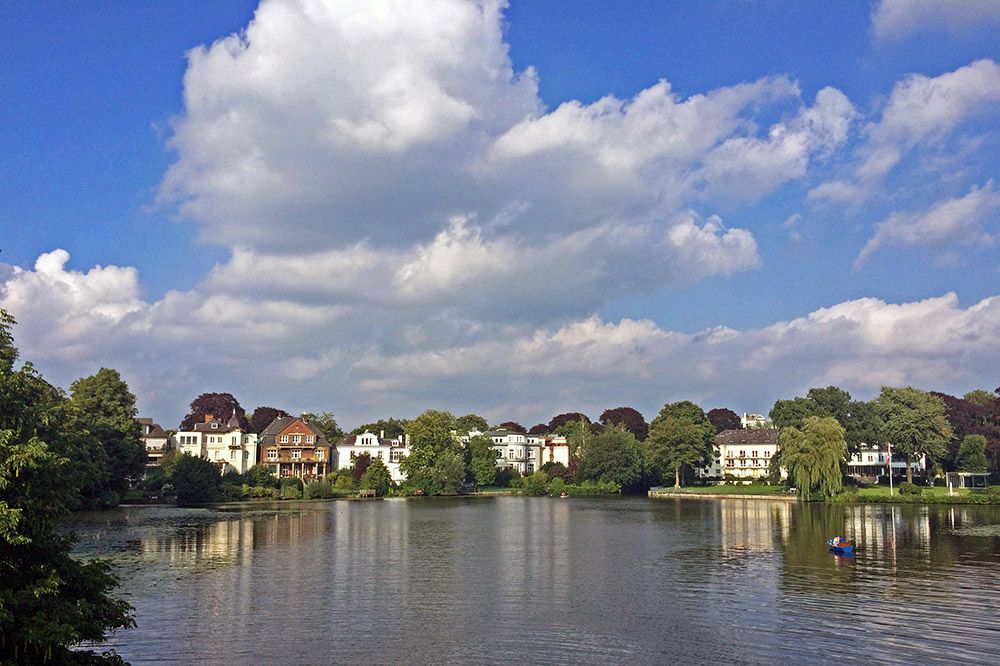 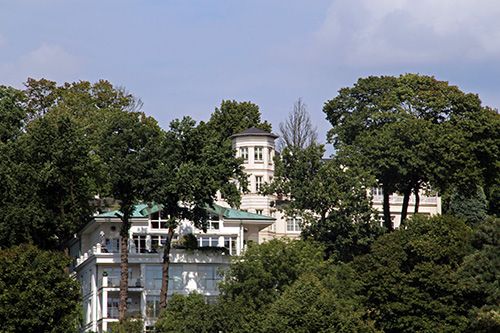 There is plenty to see and do in Hamburg. We were there for three days and really didn’t have enough time. Below are just a few sights that we think you shouldn’t miss.

The town hall and its immediate surroundings

Hamburg’s impressive town hall with its 112-metre-high tower was built in 1897 in the neo-Renaissance style from sandstone. Inside, there are several beautiful halls that you can visit. Behind the town hall is the ‘Börse’, Hamburg’s trading house. Between the buildings stands the beautiful Rathaushof with its fountain. In front of the town hall is the Rathausmarkt, a large square where many activities are organised, particularly in summer.

Just north of the Rathausmarkt are the white arches on the Alsterarkaden Canal. There are many indoor shopping malls here. From here, you quickly walk to the artificial Binnenalster lake where you will see many pedal boats and canoes. From here, you can also go to the even larger, artificial lake Außenalster where you see many sailing boats in summer. In the park around the Außenalster where you have beautiful, expensive mansions, you can enjoy fantastic walks. You will also see many runners and cyclists. 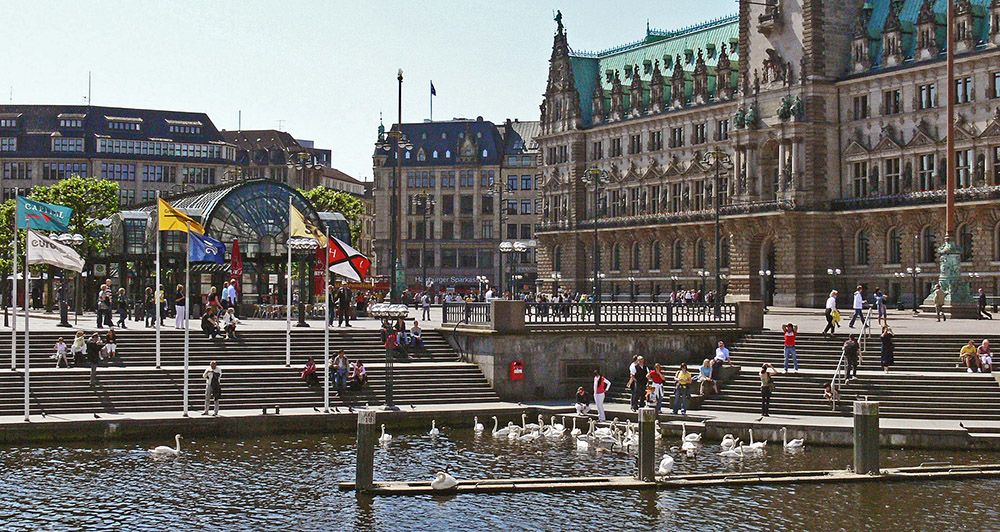 The port of Hamburg was founded at the end of the 12th century and is almost as old as the city itself. For centuries it was the most important port in Central Europe that brought prosperity to Hamburg.

Landungsbrücken, the most touristic part of the port, has several piers that are connected by floating bridges. Here you have tourist shops, restaurants and the sailing ship Rickmer, which you can visit. What’s more, the tour boats leave here for the large port area. The cruise takes you along the Fischmarkt, the Docklands, Museumhafen and adjacent beach, the large port area with the huge container ships and dry docks, and many other interesting buildings on the Elbe. 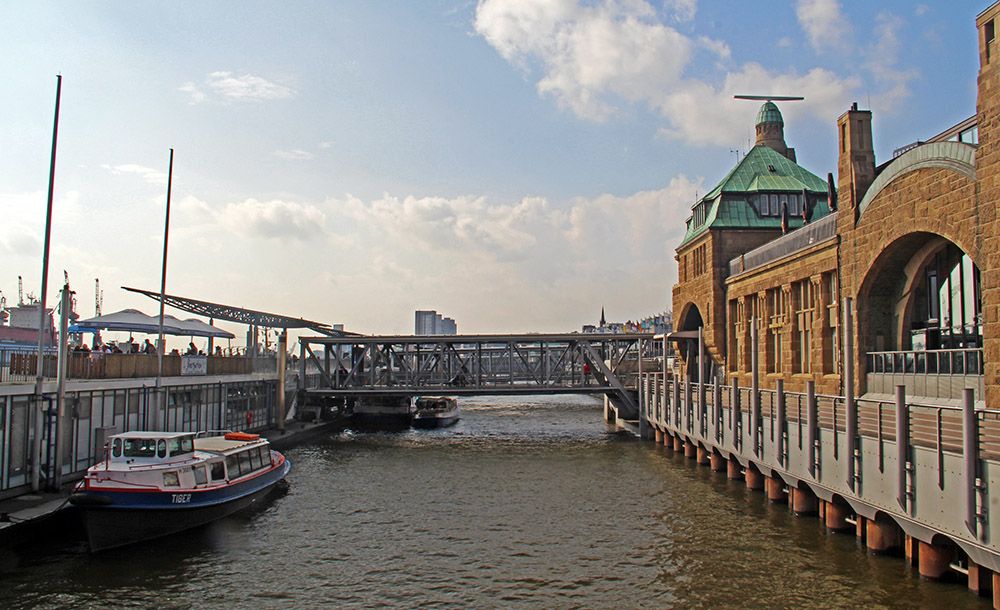 Speicherstadt is a district consisting of many warehouses built on a few islands in the riverbed of the Elbe. The first brick warehouses were inaugurated in 1888. Some warehouses are still in use as storage space, but others have been converted into apartments. It is a special location and well worth a visit. There are museums including the international maritime museum, the Speicherstadtmuseum, the spice museum and the car museum Prototyp. The district has been on the UNESCO World Heritage List since the 1990s. 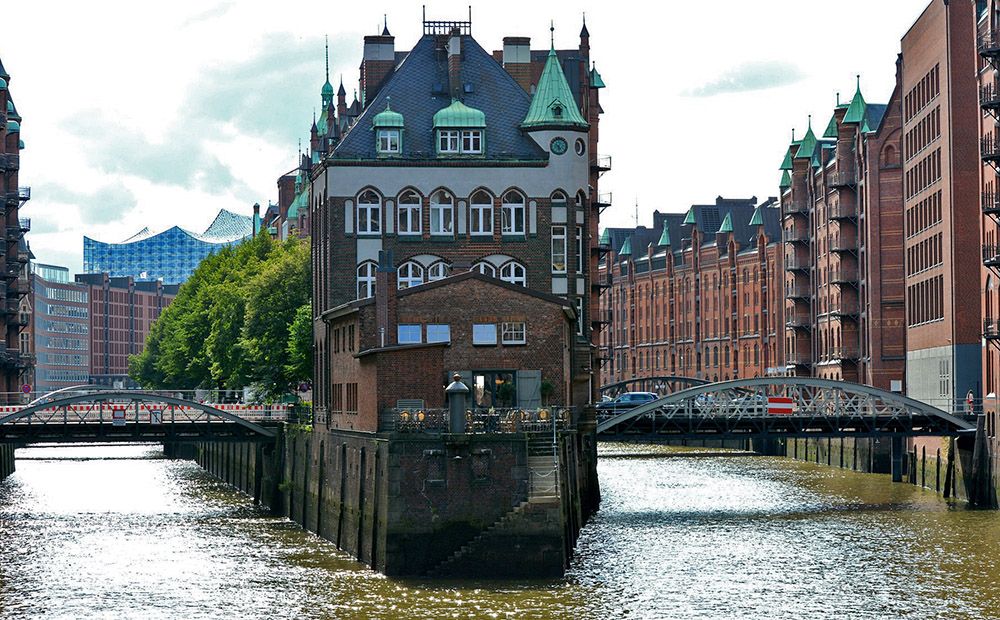 The famous Fish Market from 1703 is also on the Elbe where many sellers offer their ware every Sunday. Hamburg’s oldest open-air market is located near the Altonaer Fischauktionshalle, a beautifully charming, centuries-old fish auction hall where you can see the locals enjoying a beer and live music early in the morning. 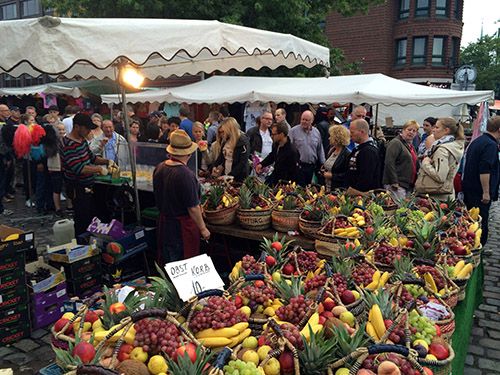 Hamburg has a well-developed public transport system of metro lines, trams, buses and ferries. Thanks to the central location of our hotel we did a lot on foot. We also rented a bicycle for two days to reach the often-beautiful suburbs. If you still want to use public transport, we advise you to get the Hamburg Card. With this card you can travel for free by public transport in the whole region of Hamburg (also handy if you want to travel from the airport to the city and back again). You also get up to 50% discount on around 150 sights and up to 20% discount on food in restaurants. If there are two or more of you, buy the group ticket! 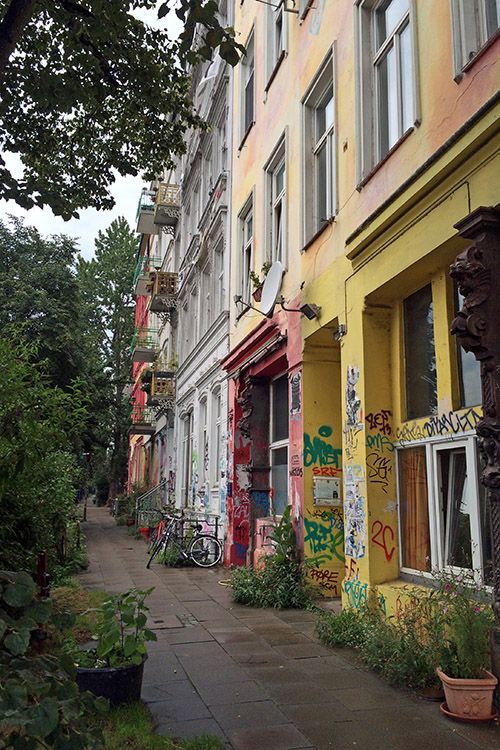 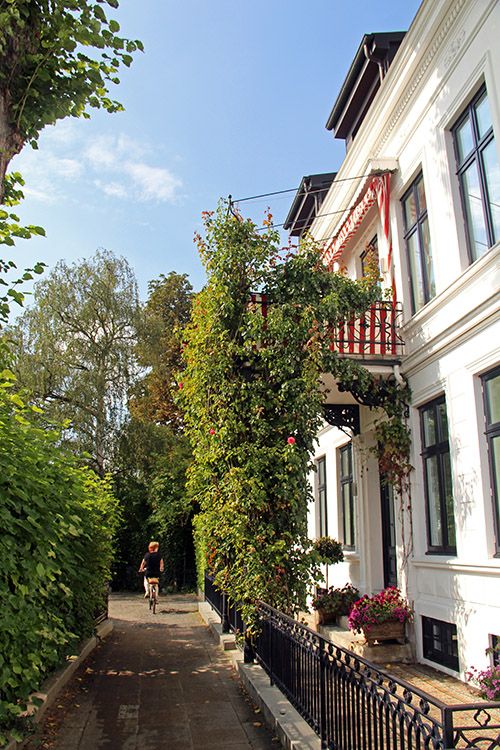 Best travel time for a city trip to Hamburg

The weather in Hamburg is comparable to the east of England and the Netherlands, but a little fresher. The best time to visit the Hanseatic city is from April to October. From June to August there is more precipitation than in the other months, but the higher temperatures make up for it quite a bit. We were there at the end of August and had both sunshine and heavy downpours.

There is sufficient accommodation in the German Gateway to the World. We stayed for about €105 per night per room in the conveniently located Stay! Hotel Boardinghouse, within walking distance of the old town and the train station. Definitely a must! 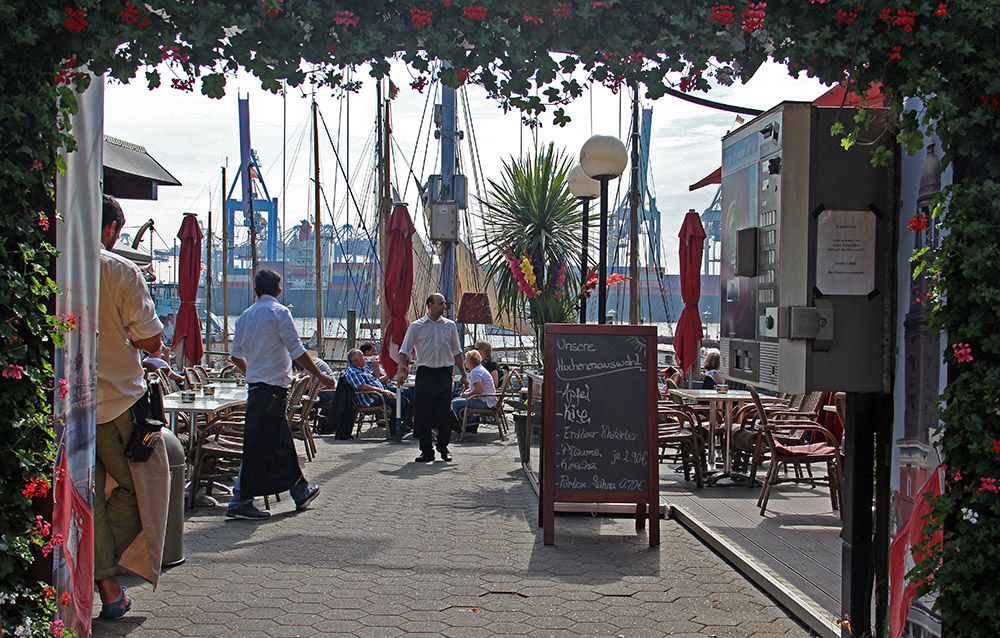 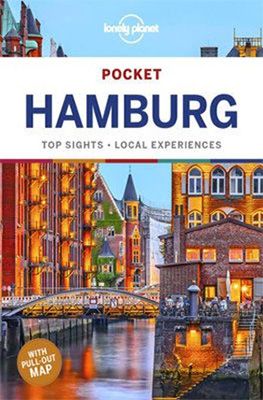 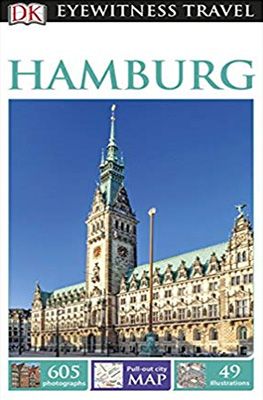