During our tour of South Africa, we also visited the third largest canyon in the world: the Blyde River Canyon (Blyderivierpoort in Afrikaans). The whole area is a famous nature reserve, popular among tourists visiting Kruger National Park and its environs. The 26-kilometre-long and 800-metre-deep canyon is particularly accessible. There are excellent hiking opportunities but you can also easily get to the most beautiful viewpoints with your rental car. This makes the Blyde River Canyon an absolute must on your trip through South Africa! 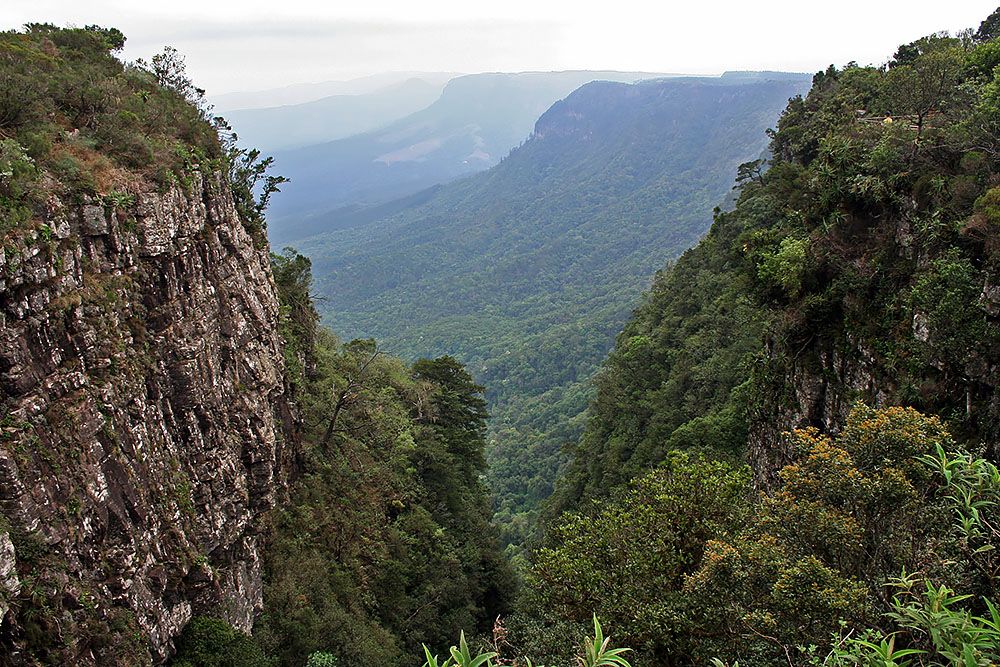 The Blyde River Canyon is located on the Panorama Route: an extraordinarily scenic road passing various cultural-historical and, above all, natural attractions. The 180-kilometre route is located in Mpumalanga province. The starting point is at the foot of the Long Tom mountain pass between Lydenburg and Sabie. The end point is in Ohrigstad at the Echo Caves, one of the oldest caves in the world.

Many consider the Panorama Route to be the most beautiful driving route in all of South Africa. We think they have a point. In this part of the country in particular, it rains fairly regularly and as a result, the landscape is beautifully green and there are many, incredibly beautiful waterfalls. 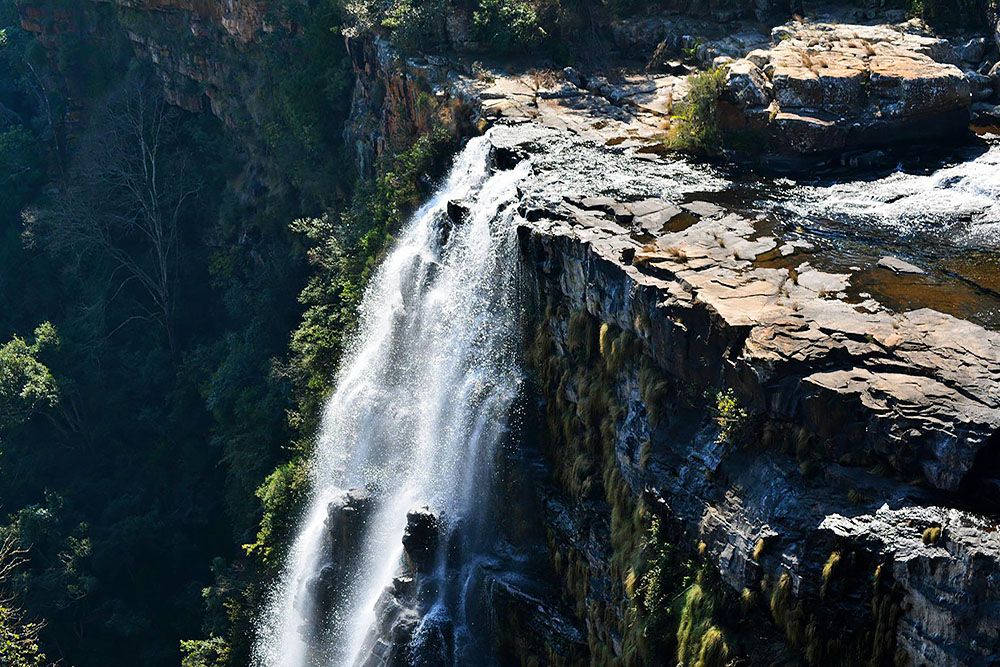 What to see in the Blyde River Canyon Nature Reserve

The Three Rondavels are three round, grass-covered rocks. They are so named because they closely resemble rondavels, the traditional huts you see a lot in South Africa. Fun fact: the names of the three geological formations refer to the three troublesome wives of tribal chief Maripi. The flattened top next to the rondavels is the tribal chief. The three rondavels are called Magabolle, Mogoladikwe and Maseroto. Maripi was a celebrated tribal chief in the 19th century because he fought off invading Swazis. Behind the rondavels, the Mariepskop plateau is visible in the distance. At 1950 metres above sea level, this is one of the highest spots in the northern part of the Drakensberg. 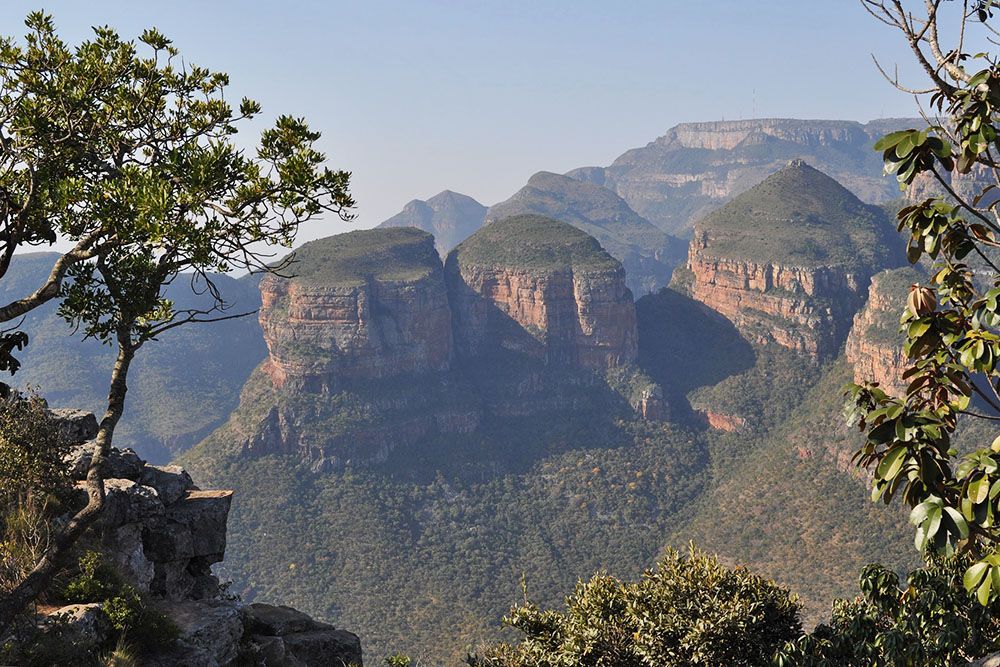 This natural water feature marks the beginning of the Blyde River Canyon. Here, the River Treur has carved huge potholes (bowl-shaped pits) into the rock of the riverbed. The impressive, natural works of art can be clearly seen from the rocks via pedestrian bridges above them. The potholes were named after Tom Bourke, one of the many prospectors who correctly predicted that a lot of gold could be found here. However, he himself had no luck: not an ounce of gold did he find there. There is a visitor centre at the potholes where you pay R65 entrance fee for this beautiful natural wonder. 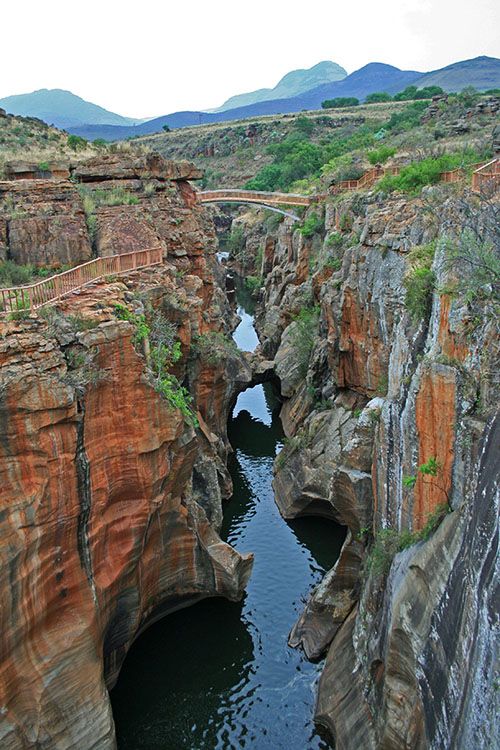 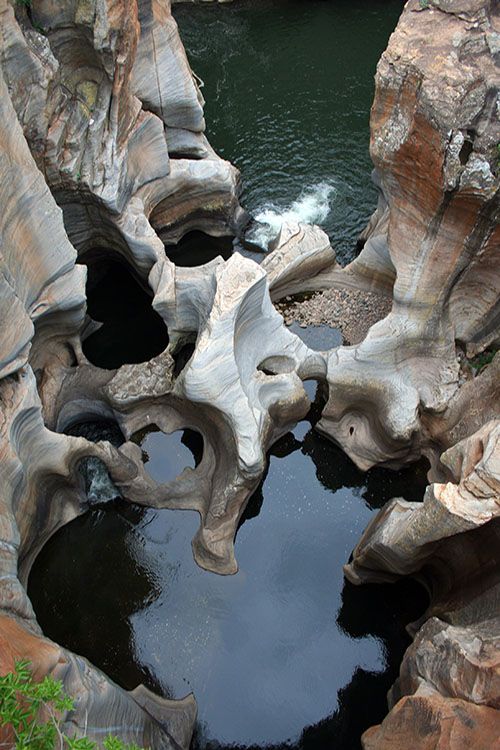 God’s Window is one of the very best viewpoints on the southern side of the nature reserve. Here you have steep cliffs where you can look more than 700 metres straight into the depths. On a clear day, you can see the Kruger National Park with even the Lebombo Mountains on the Mozambique border in the background. But be sure to go there later in the afternoon to be on the safe side as it can be very foggy here in the morning.

God’s Window was also the setting in the plot of the 1980 cult film “The Gods Must Be Crazy“. You can see a small clip with God’s Window on screen at the end of the trailer.

At the car park, you have a viewing platform with a fantastic, expansive view of the gorge. Entrance fee is R20 (in 2022). This is just over a euro. Less than two kilometres further north you also have Wonder View. At 1,730 metres, this is the highest viewpoint in the area. Entrance is free. 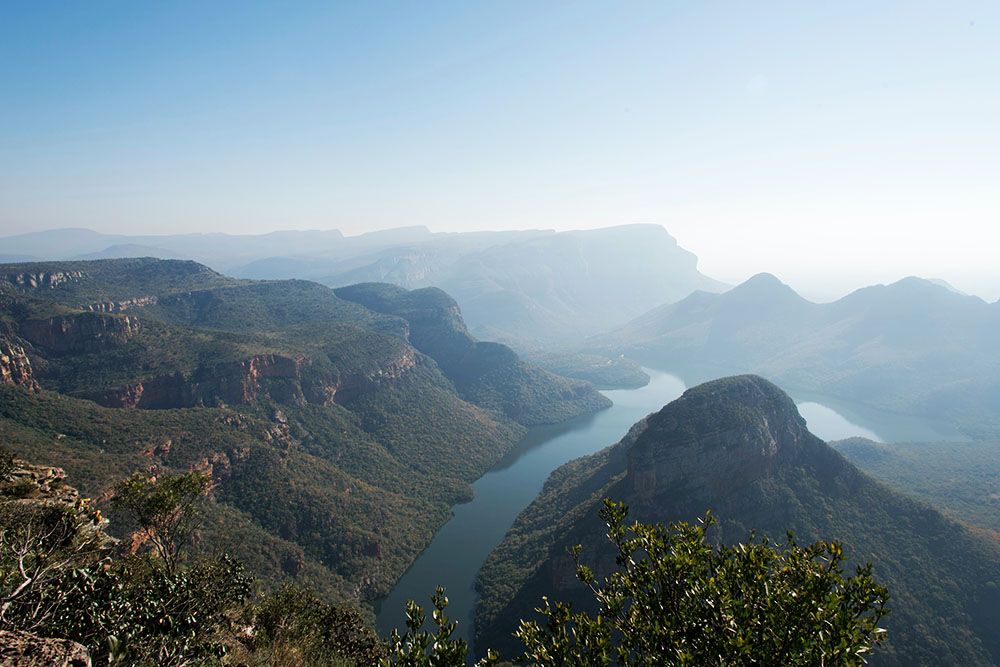 What to do in the Blyde River Canyon Nature Reserve

Most travellers only visit the aforementioned viewpoints. And admittedly, this already makes for a fantastic day trip! But there is more to do in this nature reserve. To fully experience the natural splendour of the landscape, you can go hiking, horse riding, ziplining and mountain biking, among other things. Rafting and fishing, too. There are also boat trips on the Blyde Dam. You can contact many tour operators for these. One is Blyde Canyon Safaris which we heard good reviews about. And you can admire the beautiful landscape from even higher up. For instance, by balloon ride or a flight in an ultralight (provided you are not afraid of heights). 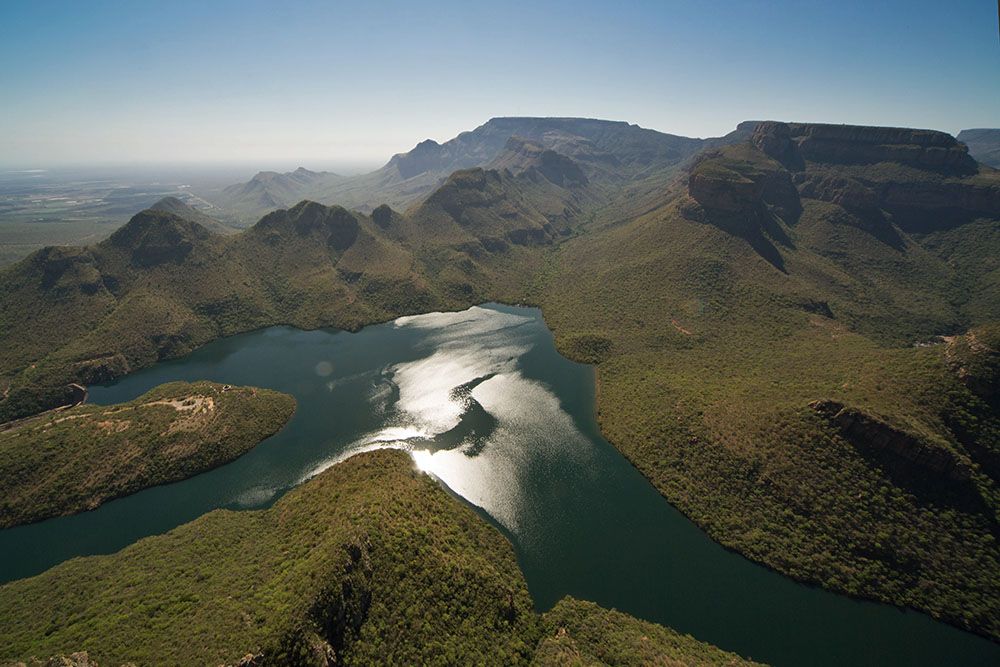 Blyde River Canyon is a hiker’s paradise. There are many hiking trails there, some of which start at the Forever Resort. A popular hike is the 10-kilometre Loerie Trail through native forests and grasslands. The loop walk starts and ends at the Ceylon Forest Station or Merry Pepple Holiday Resort. The Forest Falls Nature Walk is another fun, just three to four kilometres long. You will find a lovely but very cold waterfall with pool. Another nice walk is the 7-kilometre Leopard-Guinea Fowl-Tufa Trail. This trail has to do with views of the Three Rondavels, the canyon itself, the dam and the Tufa Falls with inviting pools of water. Entrance is R50.

Looking for something more challenging? Then the 14-kilometre Hippo Trail is an interesting option. Chances are you will see hippos in the water during this hike. You do need to start this hike early. You can get a permit at the Forest Resort (which is not open on Sundays). You can also go on beautiful, multi-day hikes in the nature reserve. For example, the Blyde River Canyon Hiking Trail. We have no experience with it ourselves but judging from the information we could find about it on the internet, this is for extreme hikers.

On the site of alltrails.com you will find an extensive list of beautiful day hikes you can do here. 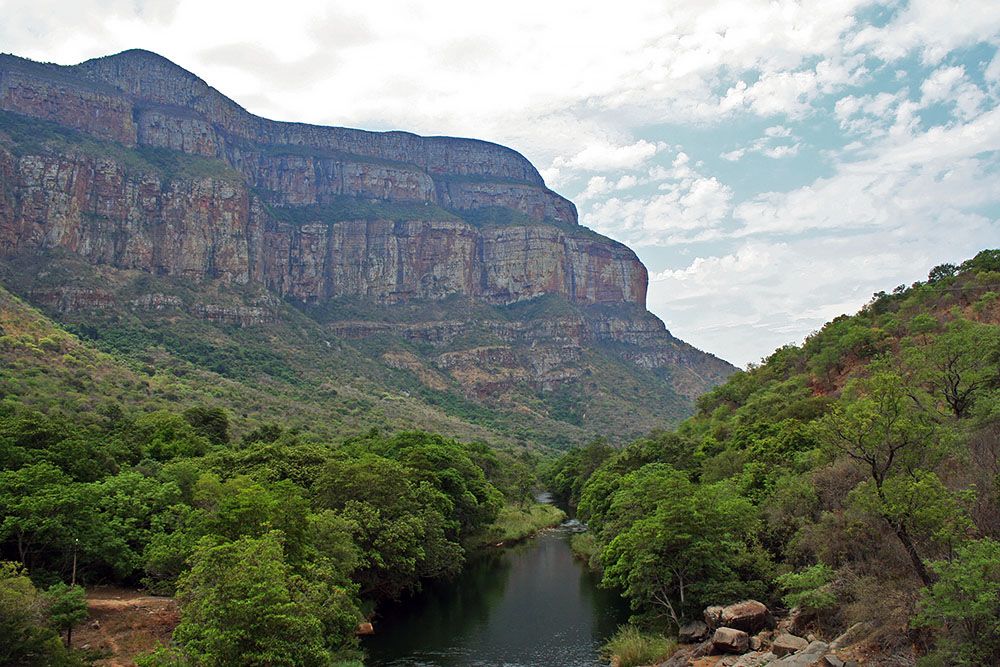 Other attractions on the Panorama Route

While the Blyde River Canyon Nature Reserve is the highlight on the Panorama Route, there is definitely more to enjoy. Like waterfalls 146 metres high!

The village of Pilgrims Rest was once the centre of the gold rush in the late 19th century. You can see many of the original buildings, such as the Royal Hotel, shop and newspaper office as you walk up the steep hill to the village. Gold mining continued until 1972. Today, Pilgrims Rest is a living museum, preserved in the exact architectural style of the gold rush period. You will find several buildings that have remained unchanged on the outside for more than a century. Incidentally, visit the Alanglade House Museum here, which was once the home the mine superintendent. 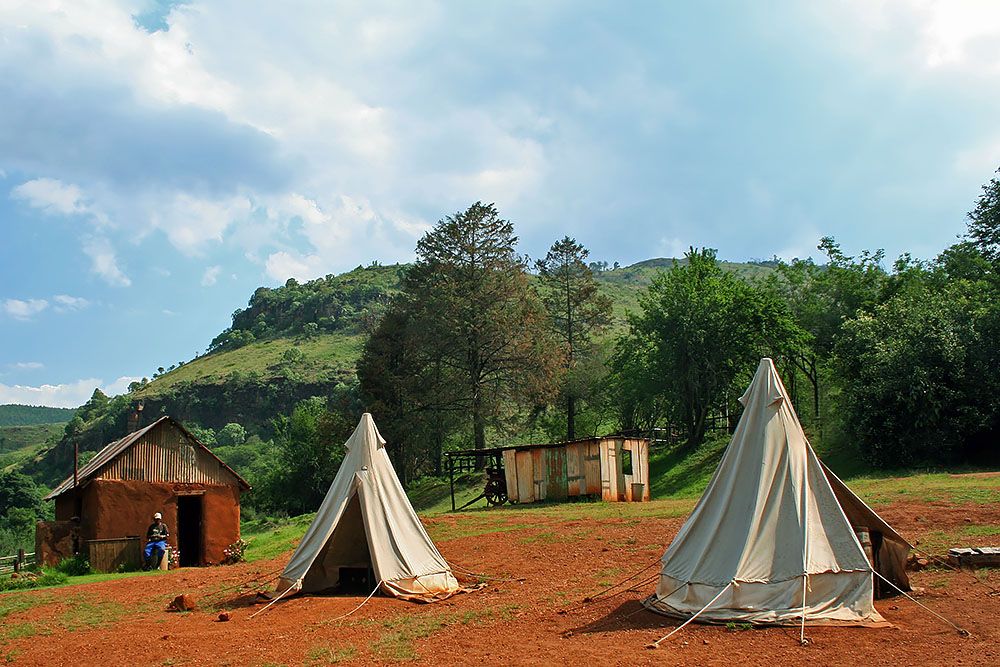 The Echo Caves are located west of the Blyde River Canyon. Opened since 1959, the caves are a tourist attraction, and a National Monument. But they have existed much longer than that. To be more precise, they were formed about 3,800 million years ago, when Africa was still part of the continent Gondwana. In particular, what makes the caves special is their size and length of no less than 40 kilometres. In some rooms, the ceiling reaches up to 60 metres high.

Along the route you will find many beautiful waterfalls. They are open to the public although for some you have to pay an entrance fee (at a few euros, not the main price, by the way). Besides the fantastic views of the waterfalls, you can also do some very nice hikes at most of them. The ones we were really charmed by are Lisbon Falls (92 metres high), Mac Mac Falls (65 metres), Berlin Falls (80 metres) and Lone Creek Falls (68 metres). 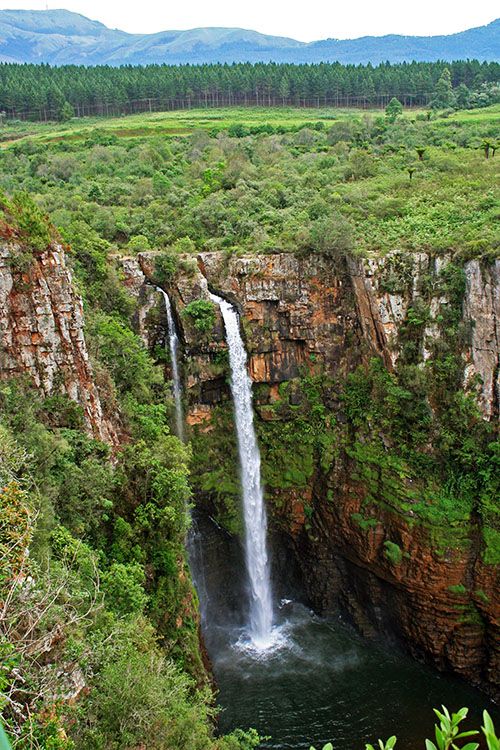 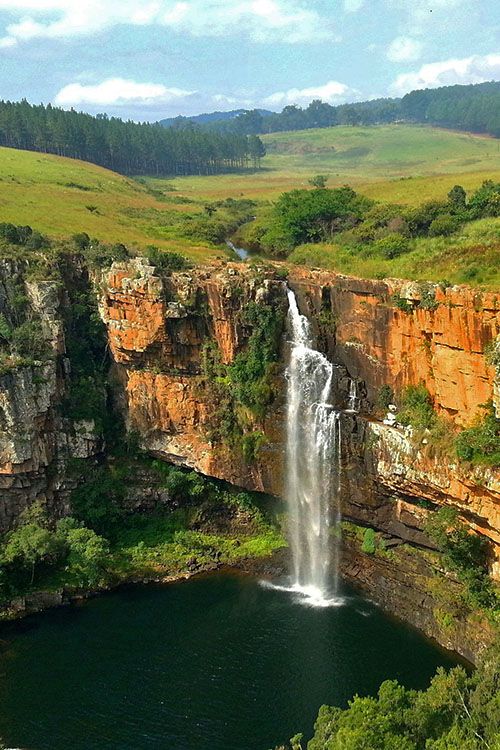 Where is the Blyde River Canyon located?

What is the best season to visit the Blyde River Canyon?

Almost any month is a good month to visit the Blyde River. Except January, when it can rain a lot. The hiking trails are also less passable then. The months of September to April can be warm to even hot. June to August are the best months for hiking. This is also when you are most likely to see unique wildlife.

What is the best time to visit the Blyde River Canyon?

Early in the morning or late in the afternoon. The whole area is one big tourist attraction. Therefore, in the middle of the day, it can be very crowded. By the way, the afternoon offers the best light for taking the best photos.

Are the sights free to visit?

No, you have to pay admission for most sights. Fortunately, the amounts are not large. For instance, the entrance fee for the Blyde River Canyon in 2022 is R35 (about €2) for adults and R20 for children and pensioners. This includes access to the canyon viewpoint and The Three Rondavels.

How many days should I set aside for the Blyde River Canyon?

If you want to drive the entire Panorama Route and only stop off briefly at viewpoints, one day is sufficient. With this, you do sell yourself short, we think. We could spend over a day at the Blyde River Canyon alone. If you add the other sights on the Panorama Route, count on at least two days. Preferably even three days.

Where is the best place to spend the night?

The best location to stay depends partly on what else you want to see in the area. Are you mainly there to see the Blyde River Canyon, for long walks? Then look for accommodation near Matibidi or Moremela. For example, the Blyde Canyon, A Forever Resort or Treur River Lodge. However, if you are spending several days on the full Panorama Route, then staying in Graskop is better. You have much more choice of accommodation and restaurants in this more central town on the route.

Are there food services at the Blyde River Canyon?

For such a major tourist attraction, there is surprisingly little catering at the Blyde River Canyon. However, you can visit the Kadisi Restaurant, which is located near the Blyde Canyon, A Forever Resort. So be sure to bring your own food and drink. 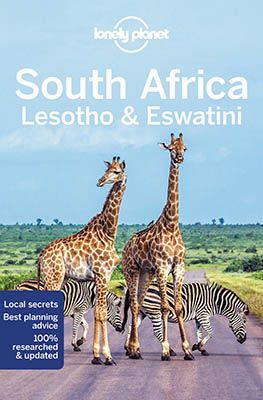 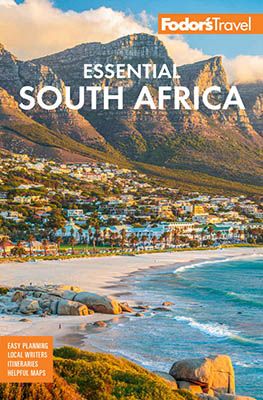