The temple complex Angkor Wat in Cambodia is world famous, and rightly so. The downside is that here, you and thousands of other interested people enjoy the building arts from the Khmer heyday. Very different is that at the Wat Phu (or mountain temple) in Champassak. Here there are no busloads of tourists all ousting each other to see the beauties of the temples. No, if you’re lucky you’re almost the only one walking around here. What is more, this ruin is very special, also because of its location on the flanks of the mountain, which got the name “mount penis” for its shape. 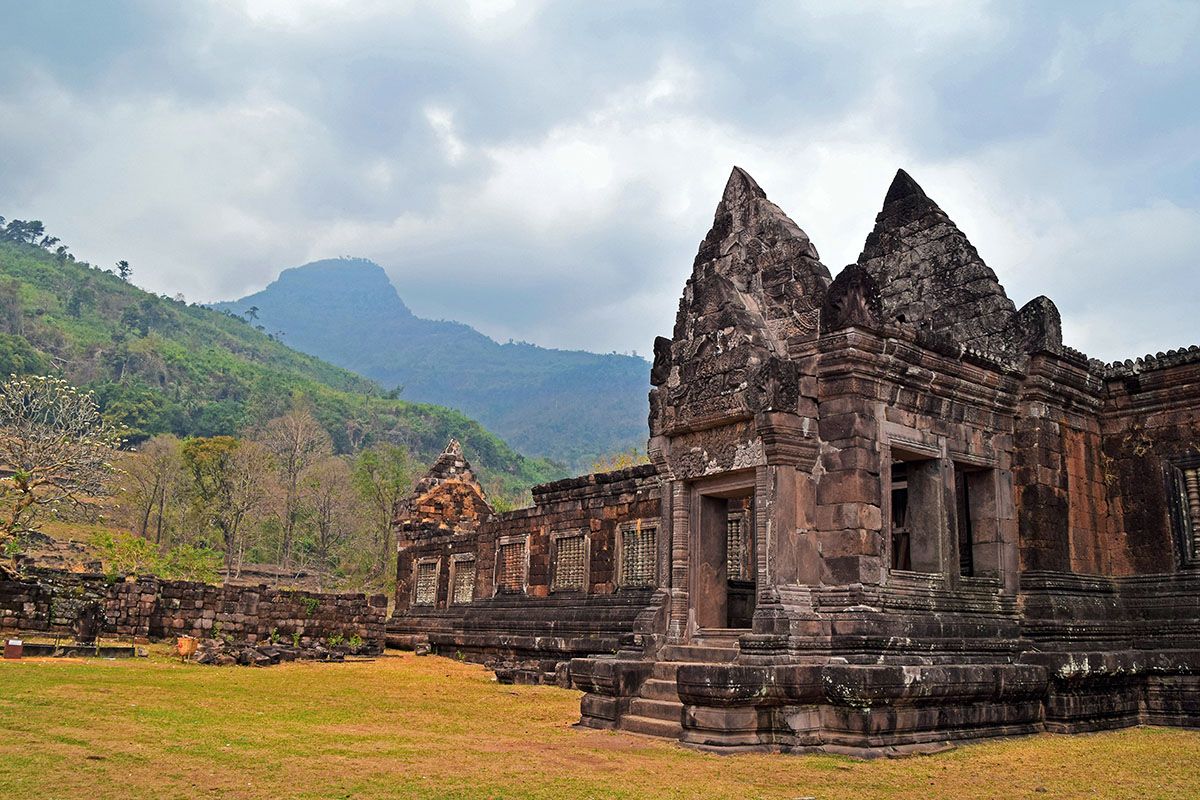 Since 2002 Wat Phu has been a UNESCO world heritage site, and that is not for nothing. It is the oldest archaeological site in Laos. It is thought that, already in the 5th century, a temple has been built. But the present ruins date from the 11th to 13th century. The view over the country and the Mekong river is beautiful. Wat Phu looks very much like the temples at Angkor Wat. Although in the beginning it was a Hindu temple, from the 13th century it has been a Buddhist temple.

In February, during full moon in the third moon month, a big festival takes place every year at the temple complex. In those days it is very special to be here with all kinds of ceremonies where monks are honoured and people pray and offer their sacrifices to Buddha, there are elephant rides, traditional Laotian dance events, music and of course cock fights, an ancient tradition in Laos. But even outside of that time it is nice to enjoy the serene peace that rests over the temple complex, as well as the view you get from above. 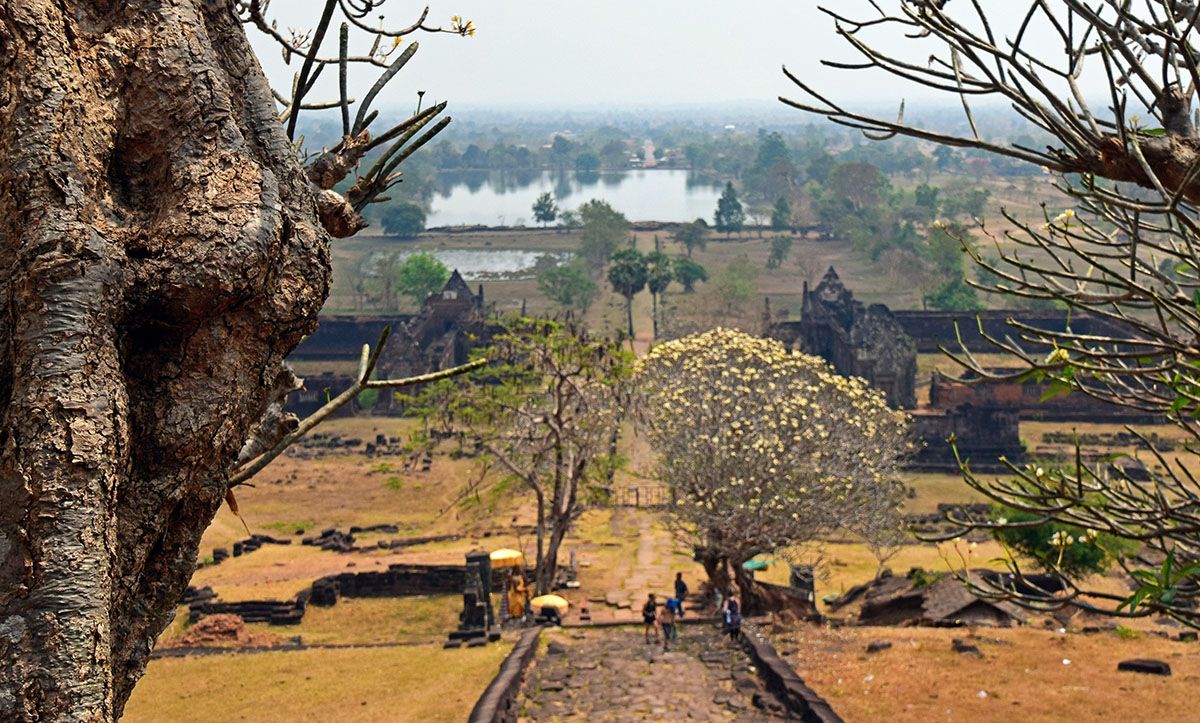 You can easily reach the temple complex by bike from Champasak. It is 10 kilometres cycling on a paved and flat road. The signs are fine, so you can’t miss it. Of course, you can also go by tuk-tuk. An electric golf cart takes you from the ticket office to the large pond and access to the temple complex. Then you go on on foot. First, through a beautiful promenade, surrounded by stone lotus buttons on large columns. Later, the path goes up some steps. At the highest point (there are three levels to the temple complex), you sometimes climb a steep path, but it is not difficult anywhere. There is the sacred source, two huge stones called the elephant stone and the crocodile stone. Moreover, you’ll find the remains of a staircase with two snakes as banisters. In particular, enjoy the view here!

In Champasak you can also take a bike ride through the hinterlands. The local tourist office has a simple route map with some explanations. The bike ride is on an unpaved and sometimes bumpy path, but not difficult anywhere. You probably will not see anyone else except for some farmers working on the land. On the way, you pass rice fields and some temples. There is not much to do in this place, so two days are more than enough to be here. 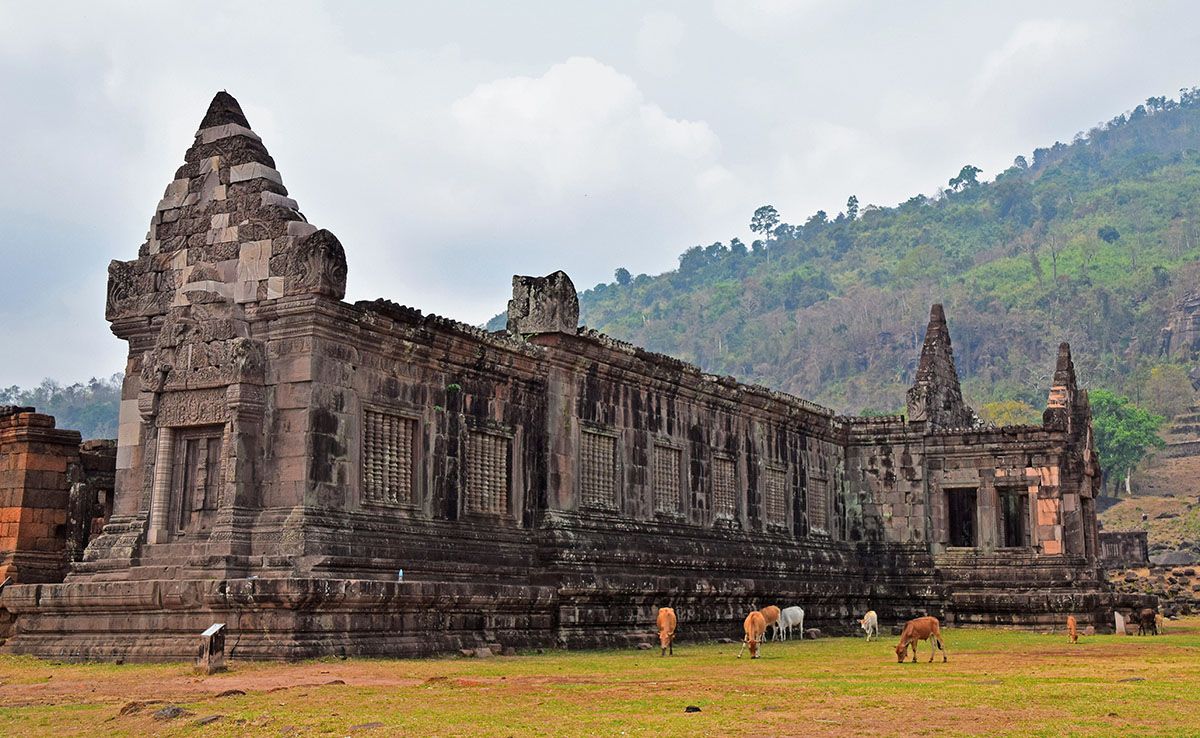 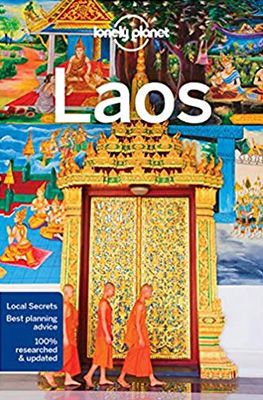 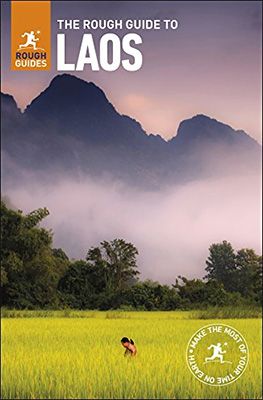