The rocky island of Mont Saint-Michel is perhaps one of the most important sights in France. The bay of the same name lives to the rhythm of the tides. The tidal range is no less than 14 metres. When the sea rises, a tidal wave arises with a height of about 50 centimetres, the “mascaret”. This always attracts a lot of attention. But most tourists come to visit Mont Saint-Michel itself. Every year, more than 3.5 million visitors from all over the world come to visit. They shuffle through the narrow streets, on their way to the stately abbey, which towers high above the island. Mont Saint-Michel is, after the Eiffel Tower and the Palace of Versailles, the most visited attraction in France. 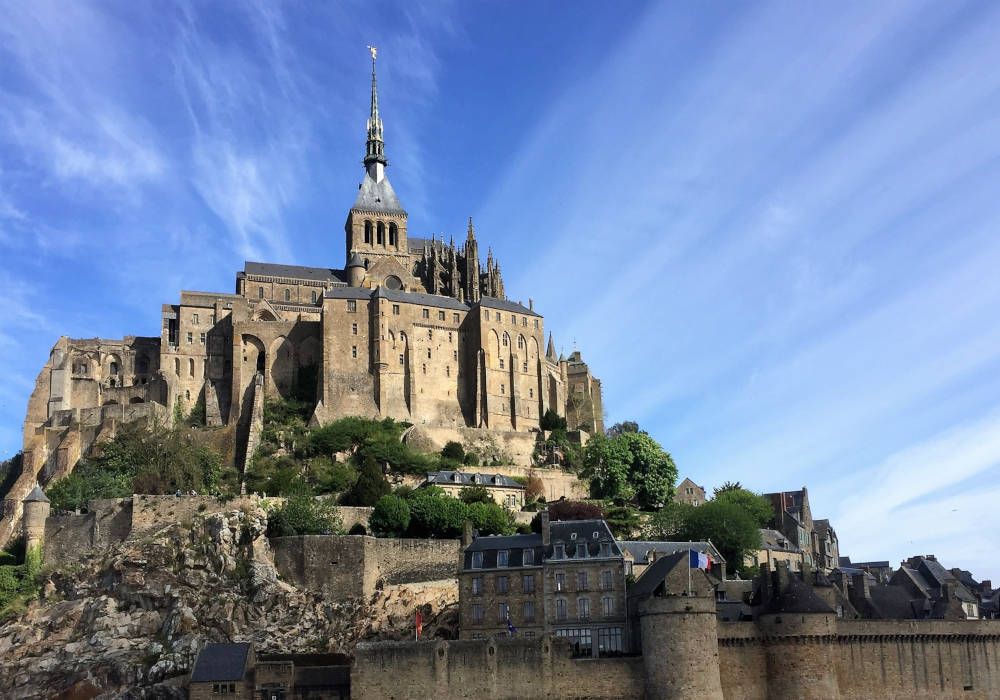 Mont Saint-Michel is strategically located in the bay on the border of Normandy and Brittany. However, it did not have a military function. Already in the 8th century, there was a small place of worship here. According to legend, Archangel Michael appeared to a priest who had visions of a church on the rock. Gradually the place developed into a Benedictine monastery which in the 12th and 13th century was very popular with pilgrims from all over the world. In the Middle Ages, Mont Saint-Michel became a leading centre of science. After the French Revolution, the abbey became a prison.

Since 2000, a great deal of work has been done to prevent the silting up of the bay of Mont Saint-Michel. Not intervening would mean that the island would be completely surrounded by the mainland in 2040. By dredging and demolishing the dike between the island and the mainland, there is sufficient tidal action again. Now Mont Saint-Michel can be reached via a newly built bridge.

A walk around the island is really to enjoy the narrow streets, surrounded by beautiful, historic buildings. At Mont Saint-Michel you can also visit some small museums. You have a fantastic view of the bay and the mainland from various points. At low tide you can see many tidal flats crossing to Mont Saint-Michel. But you shouldn’t miss the following highlights: 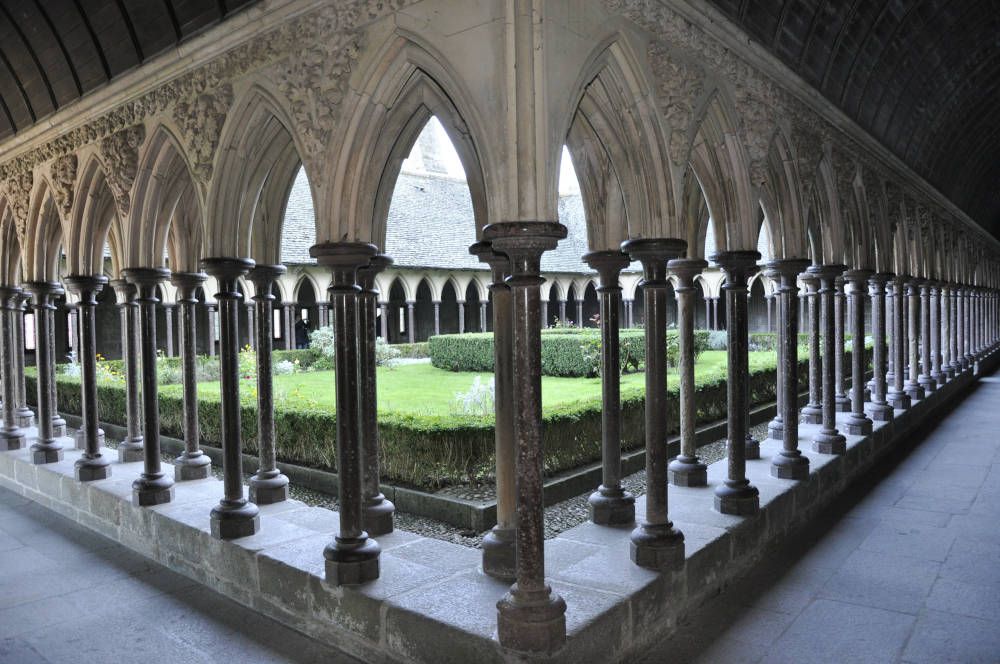 The absolute highlight is the abbey on top of the island. High walls around the church made it an impregnable fortress over the centuries. Many Benedictine monks used to stay here. Nowadays, a small group of about 30 monks still resides in the abbey. The abbey has three levels. The monks lived on the highest level, the abbot received his important guests on the middle level and soldiers and pilgrims stayed on the lower level.

The church has a very nice interior with a particularly beautiful nave. You can see huge pillars in the crypts. These served as a foundation for the building. In addition, the cloisters, the knights’ hall and the monks’ dining room are worth a visit. A visit to the abbey is even more interesting if you use the audio tour. You will get more explanations and the stories will stimulate your imagination about the time that the monks lived and worked here. Besides that, you can enjoy the fantastic views that you get at various points over the bay. 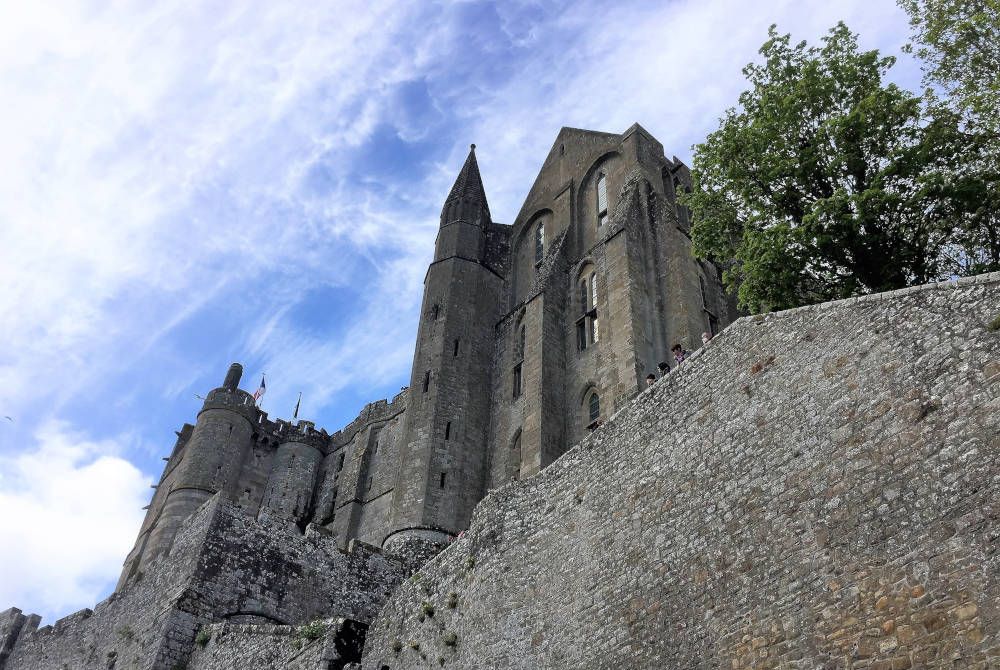 This is a somewhat exaggerated name for a narrow street, where you can walk among many tourists in high season. In the old days, pilgrims used to wander the streets here. The historic buildings on either side of the street are now mainly used as a restaurant, hotel or souvenir shop. The views from the street to the ocean are beautiful and the road ends at the abbey gate.

If you walk up to the abbey via the Grande Rue you will pass the parish church Église Saint-Pierre. It is certainly worthwhile to go in. In this small church you will find a statue of the archangel Michael. He is in his armour and trampling on the dragon representing Satan. The archangel Michael was especially important for expelling the devil from the people. The church dates back to the 11th century. It is a small but beautiful church with a cemetery. 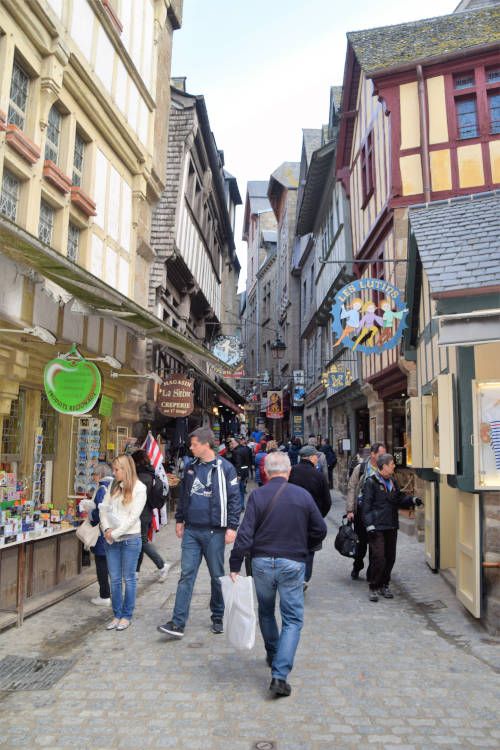 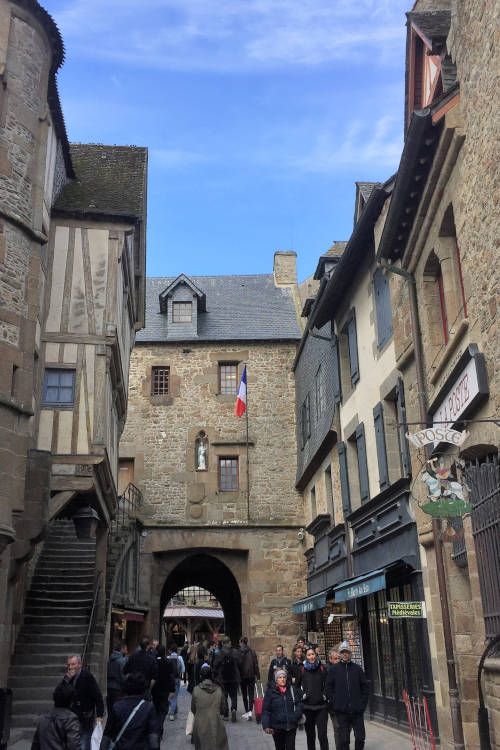 You used to be able to park near Mont Saint-Michel. Nowadays you can park your car a bit further away from the island on paid parking spaces. A parking ticket costs €9 in low season and €14 in high season. For this amount you can park for one day.

There are three ways to get to Mont Saint-Michel from the car parks: on foot (about 35 minutes), with a free shuttle bus (10 minutes) or with a horse-drawn cart, a so-called maringote (25 minutes). You will have to pay for this. 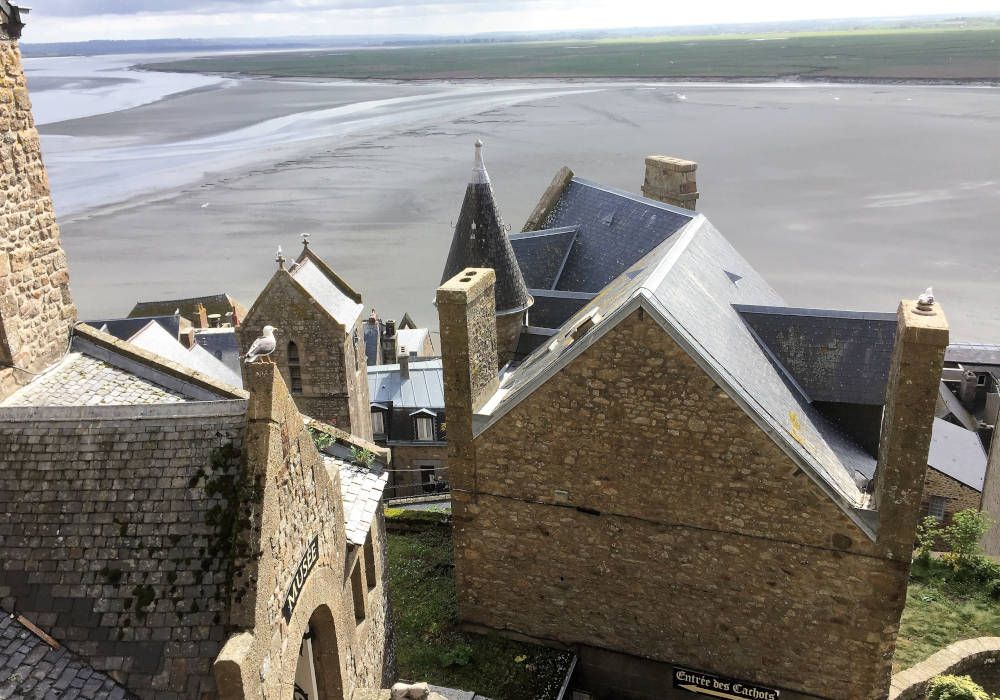 Mont Saint-Michel is always open for visits. Please note that the abbey does have specific opening hours:

Access to the abbey is possible up until 1 hour before closing time. A ticket is required for a visit to the abbey (€10). An audio guide costs €3. On busy days there is a long queue in front of the entrance. To avoid this, you can order a ticket online in advance for the same price on this website.

It is certainly worthwhile to visit the Abbey as early or as late as possible in the day, before the great flow of tourists gets going. More information can be found on the website of Mont Saint-Michel abbey. 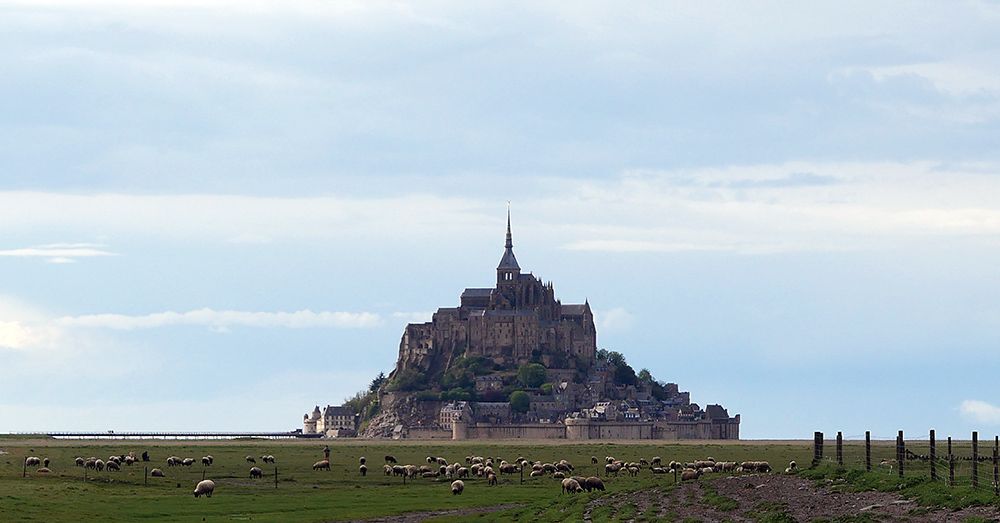 There are several hotels on the island. It is certainly nice to spend a night here and, in the evening, to enjoy the beautiful sunset and the peace that then slowly returns to the island. But do know that the prices are high (too high, we think) and that you have to carry your luggage over cobblestone roads to your hotel. If you want to stay here, just take a backpack with you as luggage.

Less romantic but a lot cheaper is booking a hotel by the coast. In the so-called “hotel zone” there are several hotels in different price categories. You will also find a supermarket here where you can buy some snacks and drinks for visiting Mont Saint-Michel. At the various shops on the island the prices are many times higher. 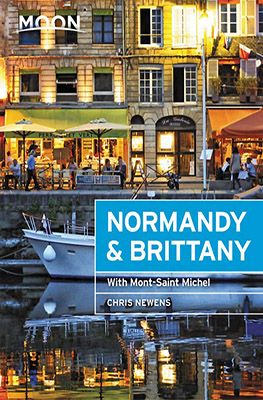