Introduction to the Maasai in Tanzania

Home » Tanzania » Introduction to the Maasai in Tanzania

Both at Zanzibar and at the large game parks in the north of Tanzania, our accommodation was guarded 24/7 by members of the Maasai. This ethnic group in East Africa, despite their slim stature, is known as formidable warriors. However, we got to know a friendly population group with a special, very own culture.

In Zanzibar we celebrated with some Maasai to usher in the new year. At the wildlife parks we met the family of one of the Maasai guards. Our introduction to the Maasai was one of the great highlights of our visit to Tanzania. 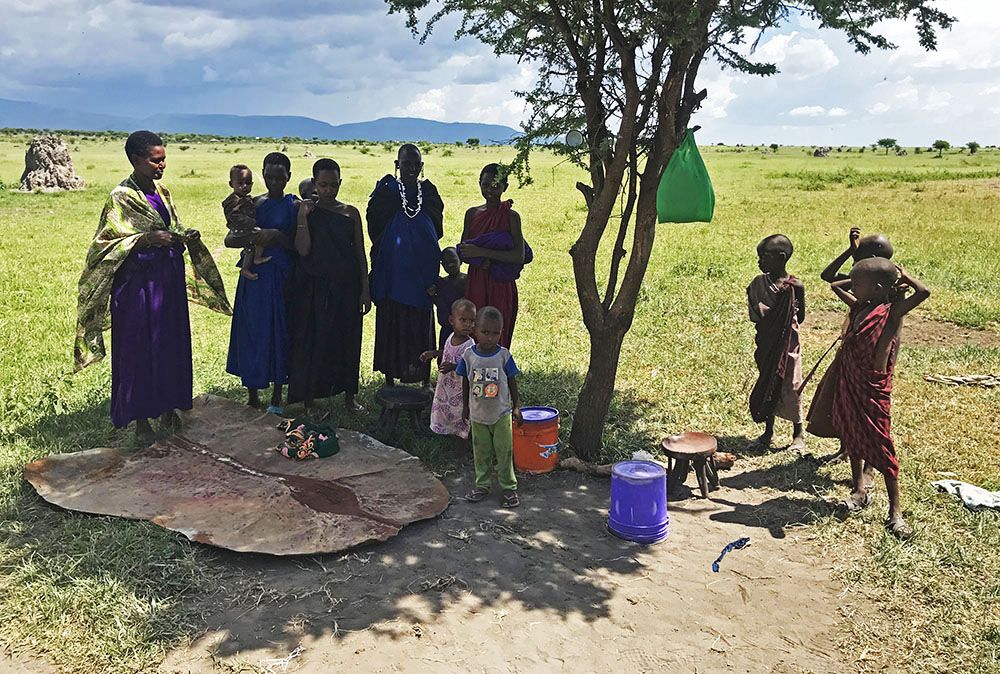 Who or what are Maasai?

The Maasai are a nomadic people originally from South Sudan who settled in Kenya and Tanzania between the 15th and 17th centuries. Thanks to their cultural customs, clothing and living environment in the large African wildlife parks where most tourists go, the Maasai enjoy great international fame.

The Maasai lead a traditional, austere lifestyle that is increasingly under pressure due to the ongoing ‘development’ of Tanzania. Despite government programs to encourage the people to give up their traditional semi-nomadic lifestyle, the people have maintained their centuries-old, cultural habits as nomadic livestock farmers.

A man’s level of wealth is determined by how many cows and/or goats he has, as well as the number of children. Incidentally, ‘our’ guardian indicated that he did not count the exact number because that would bring misfortune. As a groom you pay for the dowry in cattle. Should you have committed an offence, you also have to pay in cows and/or goats. 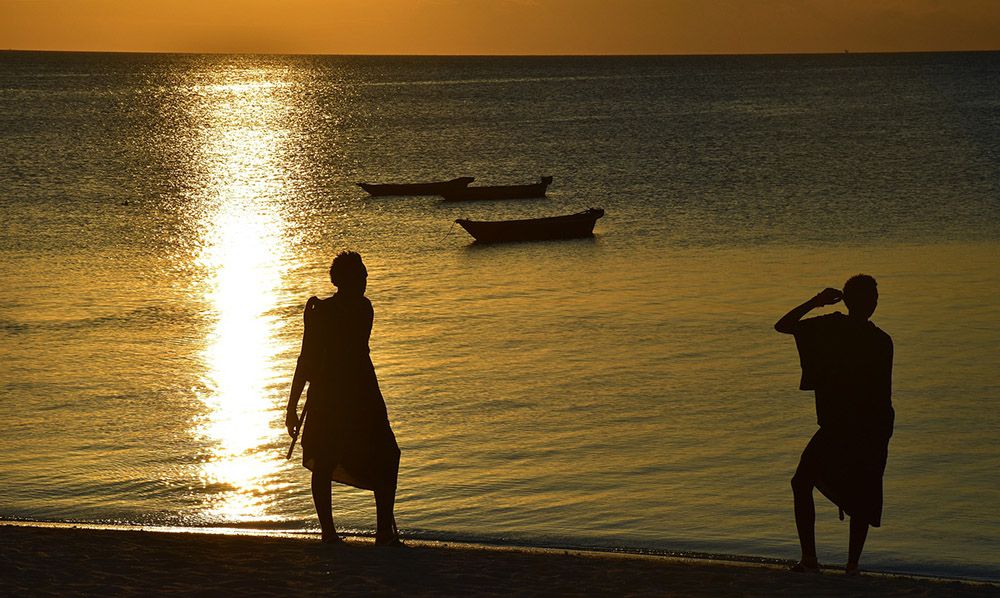 The culture of the Maasai

Approximately one million Maasai living in Kenya and Tanzania speak the Maa language. Most of them also speak Swahili, the common language of East Africa. Significantly less Maasai also speak some English. They learn this through their contact with tourists and in some cases also at school.

The traditional Maasai lifestyle revolves around cows and goats. Cattle are their primary source of food. They eat the meat, drink milk daily and sometimes also drink the blood that may or may not be mixed with milk. Incidentally, due to declining herds and other threats, many tribes have also become partly dependent on sorghum, potatoes, cornmeal and rice.

One of the guards of our lodge at the foot of the Ngorongoro told us that his tribe eats almost only meat. Not because they don’t want to eat vegetables or seeds, but because they simply don’t know how to work the land. During his daily walk to and from our lodge he sometimes ate fruit, like mango.

Distressingly enough we noticed the large swarms of flies that can be found especially on and around the children. Inquiries revealed that this was because children spilled the sweet, often blood-soaked milk on their clothes and around their mouths. It is that milk that attracts the flies.

Clothing changes according to age and location. Red is a favourite colour, but blue, black, striped and checked sarong-like cloths are also worn. In the 1960s the Maasai switched from animal skins to cotton canvases. The sandals worn by the Maasai used to be made of cow hides, but are now often made of plastic.

Both men and women then wear wooden bracelets. In addition, the Maasai regularly wear beads that play an important role in the decoration of their bodies. The beads made by women show their identity and position in the community. Although there are variations in the meaning of the colour of the beads, white stands for peace, red for courage or warrior and blue for water.

We noticed that many Maasai are shaved bald or have very short hair. When we asked about it, we were told that only the warriors wear long hair. They wear this in thin, braided strands. Just before the young warrior is circumcised, his hair is also shaved. A shaved head represents the transition to, and start of, a new phase of life for both men and women. From that moment on, the warrior lets his hair grow. 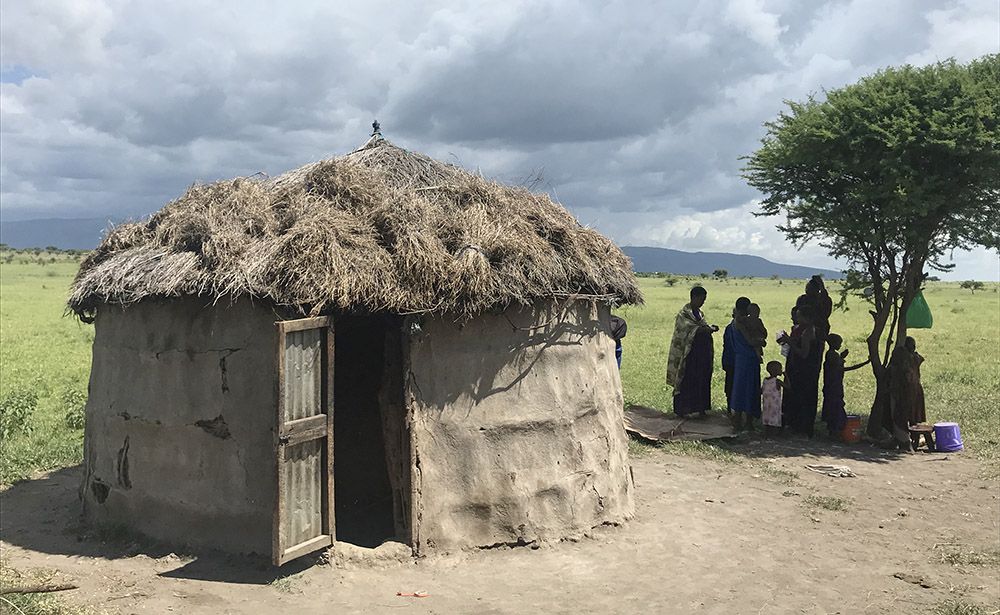 The ‘enkaji’ (the traditional home of the Maasai) was initially designed for nomads and is therefore not necessarily sustainable. The houses are somewhat rectangular or round in shape, and are built by women. The structure consists of wooden poles inserted into the ground through which smaller branches are woven. Then the outer wall is plastered with a mixture of mud, sticks, grass, cow manure, human urine and ashes. The cow manure ensures that the roof is watertight.

An average enkaji is only 3 by 5 meters or 3 meters in diameter and 1.5 meters high. Within this space people cook, eat and sleep. In addition, food, fuel and other household belongings are stored there. Small cattle are also often housed in the enkaji.

The houses are located in a kind of mini-village. This village has a circular fence of thorny acacia built by the men. At night, all cows, goats and sheep are placed in a fence in the middle, so that they are protected from wild animals.

Ceremonies play an important role in the culture of the Maasai. At each transition from one phase of life to another ceremonial activities take place. One of these is shaving, which not only happens to young warriors, but also to young brides, for example. Another activity is ‘jumping’ by young men.

Through the ceremony of jumping, adamu in their own language, young warriors show their strength to impress the young women. They can distinguish themselves from their peers by the height of the jump and the suppleness with which the jump is performed. Jumping is a dance supported by singing.

When we drove into the Ngorongoro crater, we saw four men on the side of the road performing the adamu dance. They only do this to make money with it. Without taking a photo or video we drove on. Unfortunately, we didn’t get to see the official ceremony ourselves. At many safaris organised by tour operators you also visit a village of the Maasai. It is possible that – as part of the tourist attraction – you will get a demonstration of the adamu there. 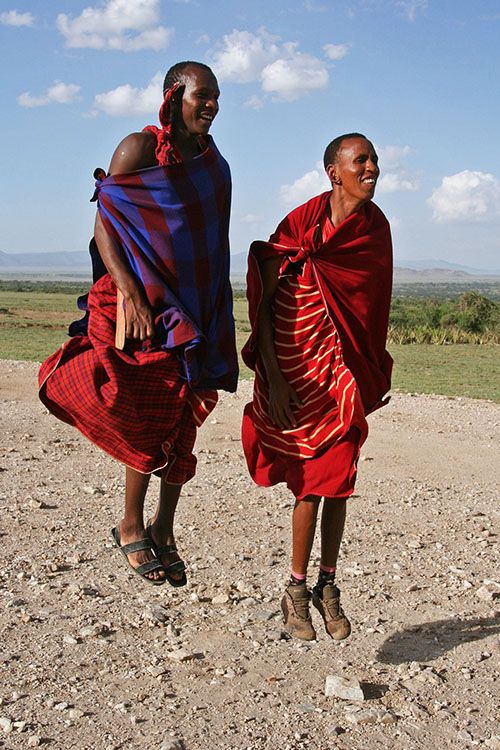 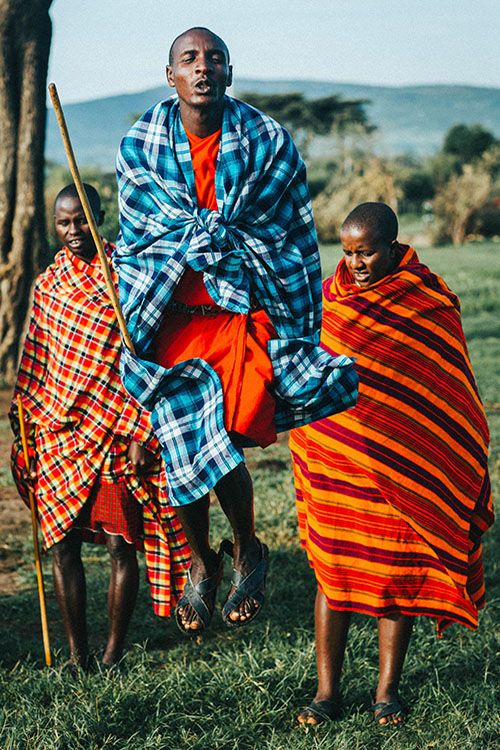 Threats to the Maasai

One of the biggest threats to the (culture of the) Maasai is the fact that less and less land is allowed to be grazed by their cattle. Both Kenya and Tanzania are expanding their national parks. For wildlife and tourism this seems a good thing, but Tanzania is so much more than just safaris and big 5.

As a semi-nomadic people, the Maasai has no claim to the land. According to their culture, Tanzania belongs to everyone. They only manage the land until the next generation takes over from them. The government, however, claims the land for its own purposes, such as private wildlife parks and other projects.

Especially the fertile areas, where there is generally no shortage of water, are appropriated by the government. The Maasai then have to move to drier, less fertile areas, resulting in massive cattle deaths. Many men are forced to work as guards at hotels like our lodge.

A visit to a Maasai tribe: practical matters

As indicated earlier, most tour operators also organize a visit to a community of the Maasai as part of their itinerary. Very special and interesting to experience. Although your visit can ultimately detract from their culture, it also keeps certain cultural aspects alive.

Another option is to have a conversation with a Maasai guard at your hotel, resort or lodge, just like we do. Provided that he speaks sufficient English. Show interest by asking more deeply about how life within his community is going. Chances are that you will get an invitation to go with him to get acquainted with his family.

If you get an invitation, it is important that you bring gifts with you. These can be things like sugar and soft drinks (although the sugar is not good for their pearly white teeth). We also gave some money so the children can be brought to school for a month. Wait with giving the gifts until the whole family is together.

If you want to take pictures, ask the chief first. We then took the pictures with our smartphone instead of a large SLR camera. We showed the pictures to the children to great hilarity. 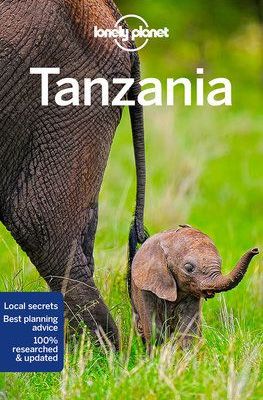 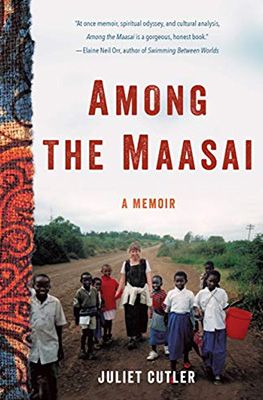