Golf in the charming town of Annecy

Home » France » Golf in the charming town of Annecy

As avid golfers there is nothing more fun for us than regular golfing on other courses besides your own ‘home course’. Every year we wait for our national airline’s offers to fly cheaply to somewhere for a long weekend of golf. And every year it’s to a different European destination. Only to Annecy, the city on the north shore of Lake Annecy, 40 km south of Geneva, have we been more frequently. Simply because it’s our favourite! 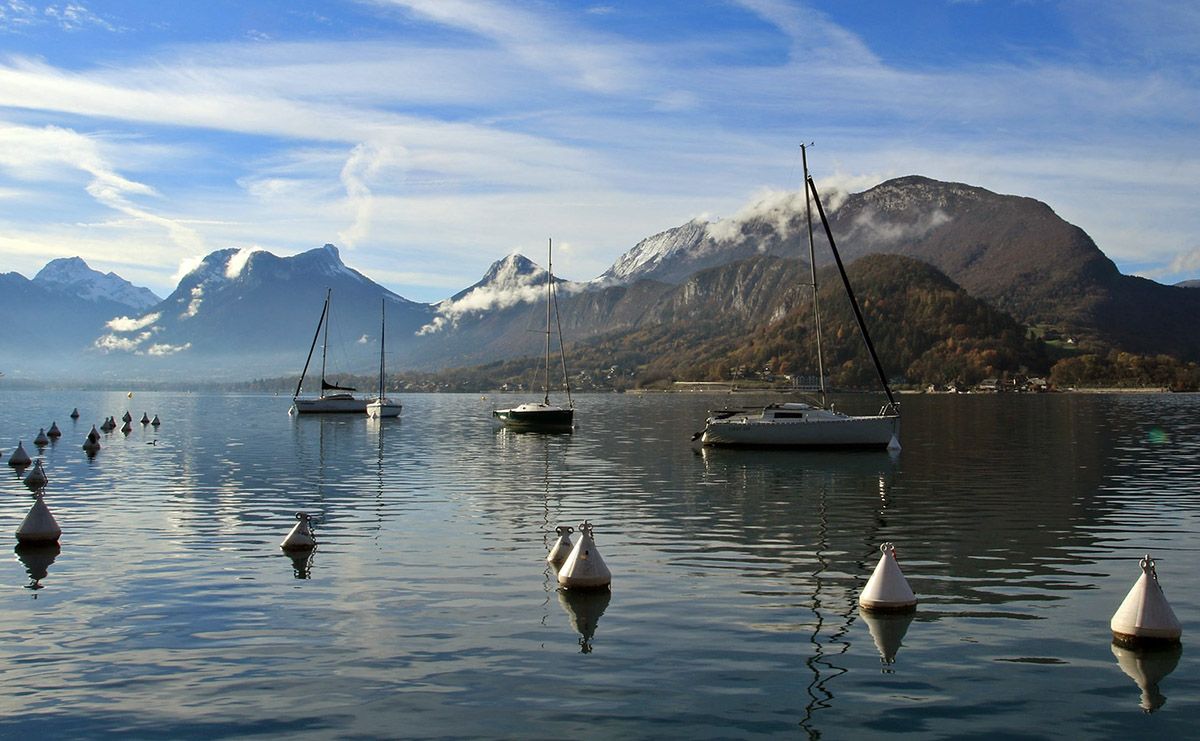 This touristic but idyllic town is sometimes called the “Venice of the Alps” because of the three canals and the Thiou River flowing through the old town. In peak season (July and August), it can be quite busy but we still find Annecy a really fantastic and particularly welcoming city. On the Thiou are many restaurants that are not all of high quality but very nicely situated.

Besides a charming centre, Annecy offers various attractions. One is the very-much-photographed Palais de l’Isle dating back to the 12th century. The historical monument, now also a museum, has become a symbol of the city over the years.

Another attraction is the Château d’Annecy, built between the 12th and 16th centuries. The counts of Geneva and the dukes of Genevois-Nemours lived there. After several fires, the castle was abandoned in the 17th century. It was later restored and used as a barracks until just after the Second World War. The castle now also houses a museum and an observatory. 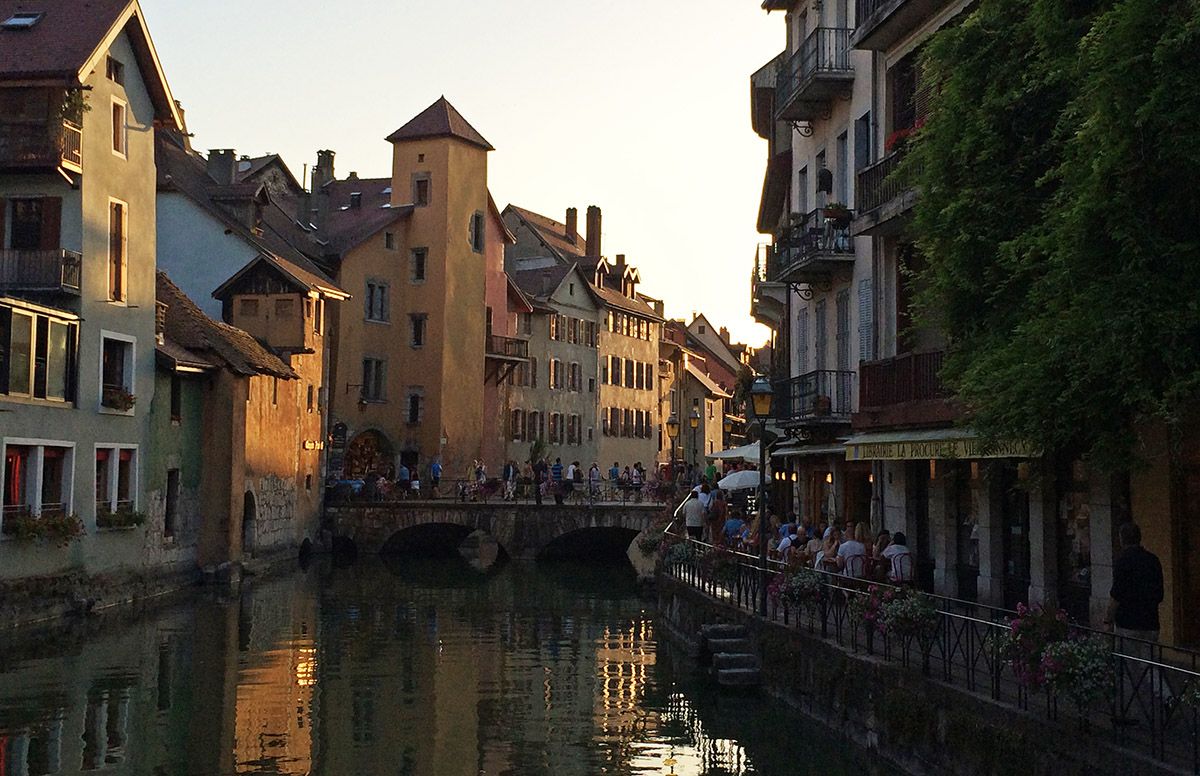 There is no golf club in Annecy itself. The courses are at least 20 minutes away by (rental) car. All the times that we played in the vicinity of Annecy, we went to the three courses below.

Our favourite is Golf du Lac d’Annecy, a beautiful 18-hole (69 par) course in the town of Menthon-Saint-Bernard southeast of Annecy. The course is located in the heart of the protected “Roc de Chère” natural park and offers views of Lake Annecy. It may not be the best quality course in the area but the fantastic view of the lake, the mountains and the castle of Menthon-Saint-Bernard at every hole more than makes up for everything in our opinion.

In addition, the course is quieter than other courses. We could always go there without any problems, even in peak season! Keep in mind that it is quite hilly. You can rent an electric trolley, but not a buggy because the paths are narrow. Being in good shape is therefore not a luxury if you want to play golf here. 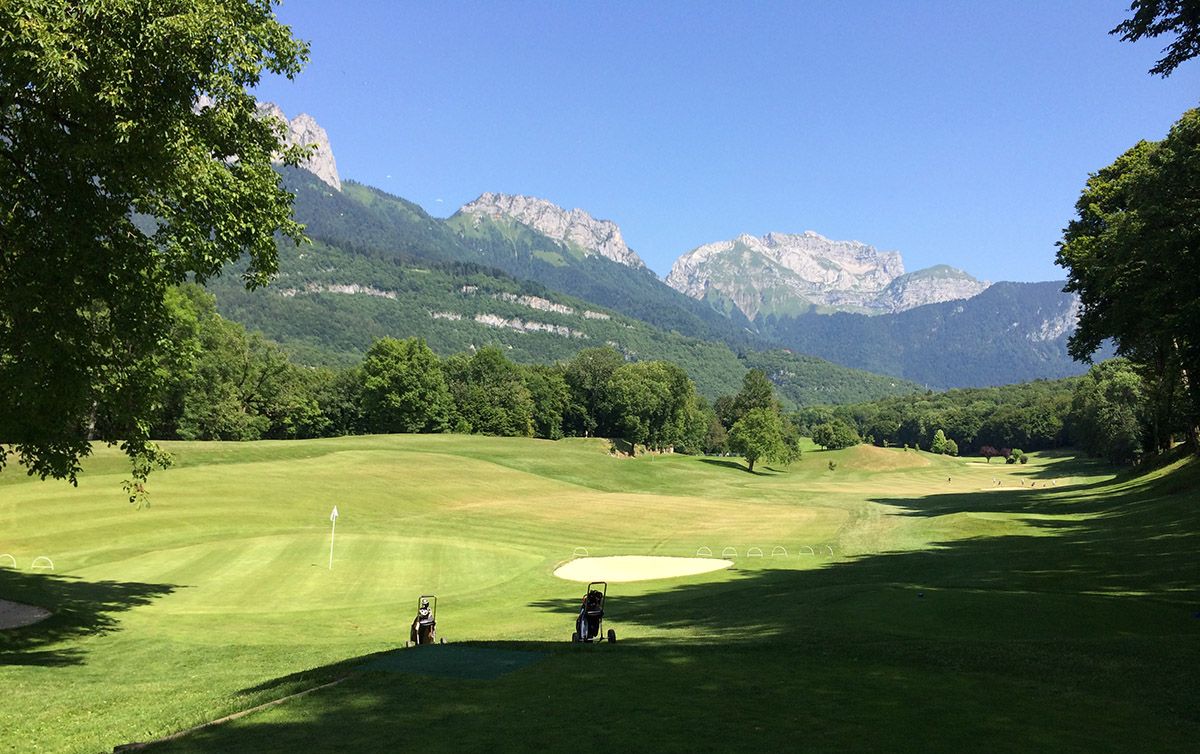 The 18-hole (70 par) golf club in Aix les Bains is located a bit further from Annecy, on Lake Bourget to the southwest. This beautiful golf course we personally found the least nice of the three visited. The course is quite flat and noisy. However, there are some beautiful doglegs and challenging water features. The fairways are well maintained, the greens perhaps not so much.

The 18-hole (72 par) golf course in Golf de Giez is located more inland to the south of Golf du Lac d’Annecy. The well-maintained course starts right away but after the first three holes you are – very surprisingly – brought to the higher part of the course by a van. Here the holes are occasionally quite spectacular. The last part is flat again. We found it particularly fun to play at Golf de Giez but know that at the higher holes it is sometimes quite some climb with your trolley. There are also electric trolleys and buggies for rent. 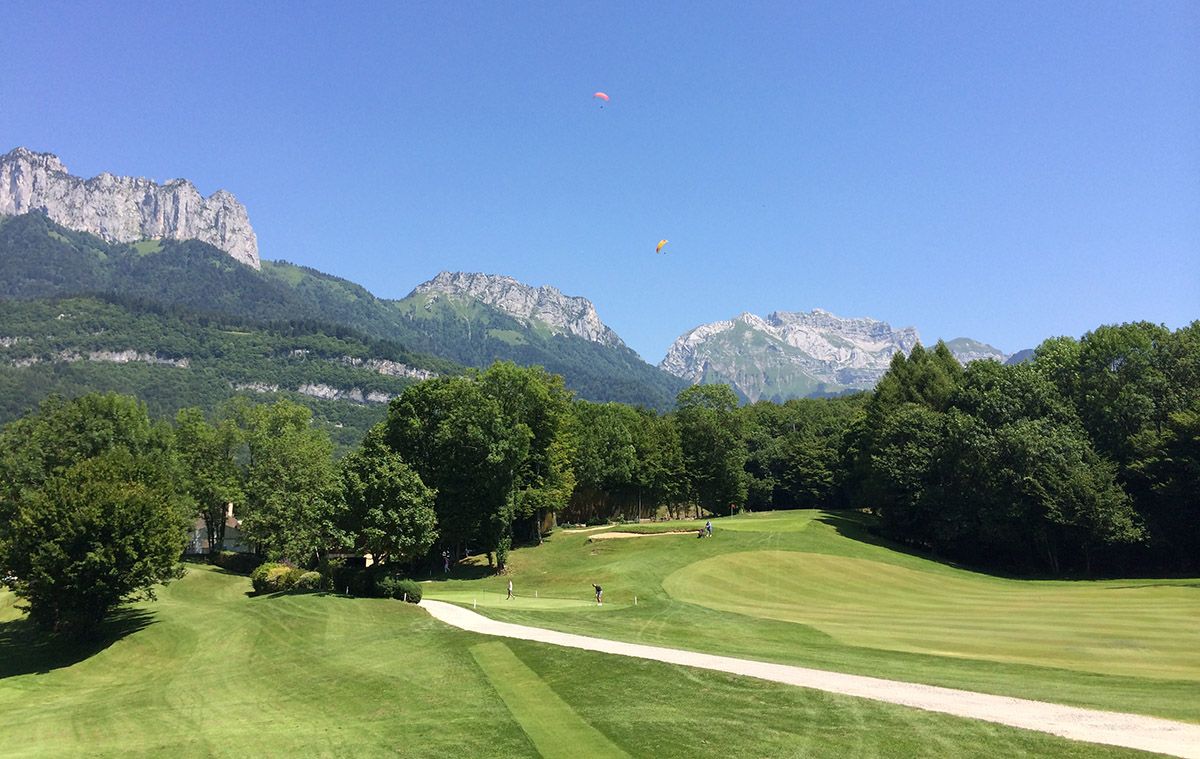 If you want to go to Annecy for just one weekend, then flying to Geneva is the best option. It is most practical to rent a car on the Swiss side of the airport that will take you to France. To save on the cost of the Swiss motorway vignette we also rented a car once on the French side but the way back to the airport was so complicated that we almost missed the flight.

You can also fly to a city like Lyon or Paris, after which you take the train to Annecy. Because the immediate vicinity of Annecy has many interesting things to offer within hiking distance, we advise you to only rent a car if you are really going to play golf. This is cheaper than a taxi. 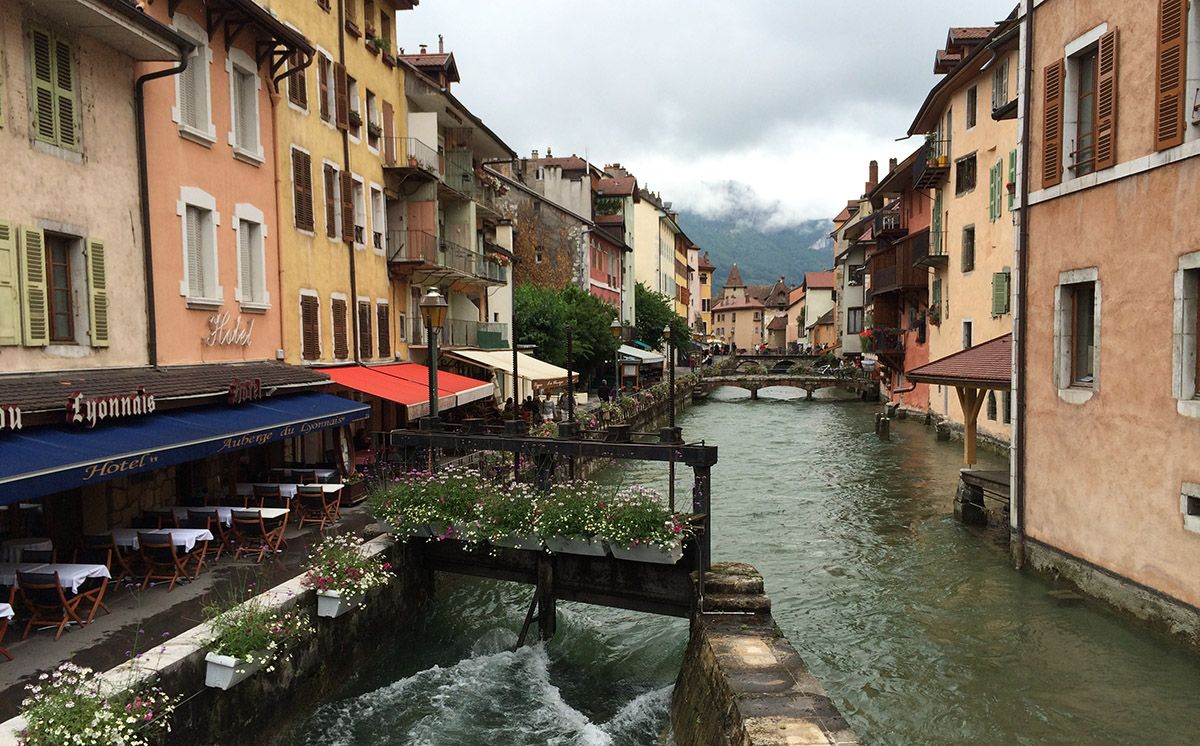 The best travel time for Annecy is April and July to October. The least precipitation is in April and October. It is therefore a wonderful temperature if you not only golf but are also in the area to go hiking. In the summer months it is nice and warm (not too hot) so you can sit on the terrace until late at night and have dinner. There are a lot of tourists! In that respect, September is the best month.

Annecy has plenty of accommodation on offer, from Airbnb’s and hotels to holiday homes and campsites. Bear in mind that it can get quite busy in the summer and you need to book quite a bit in advance. Find accommodation in Annecy.

If you come here mainly to play golf, look for accommodation a little further from the city. In short, there is plenty of accommodation in Menthon-Saint-Bernard, and it is home to Golf du Lac d’Annecy, our favourite. 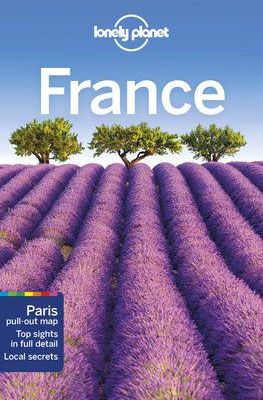 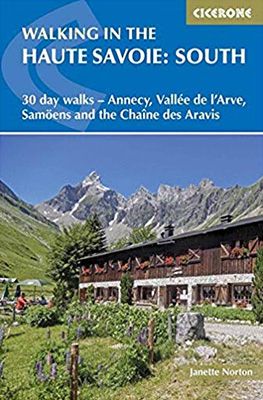