The Polish capital Warsaw is the largest city in the country with almost two million inhabitants. Like Kraków, which was the capital until 1596, Warsaw lies on the Vistula, Poland’s longest river. The city was largely destroyed during the Second World War but was rebuilt immediately afterwards. The centre, which also includes the famous historic centre, is the part where most tourists go to. The Old Town of Warsaw is a UNESCO World Heritage Site. 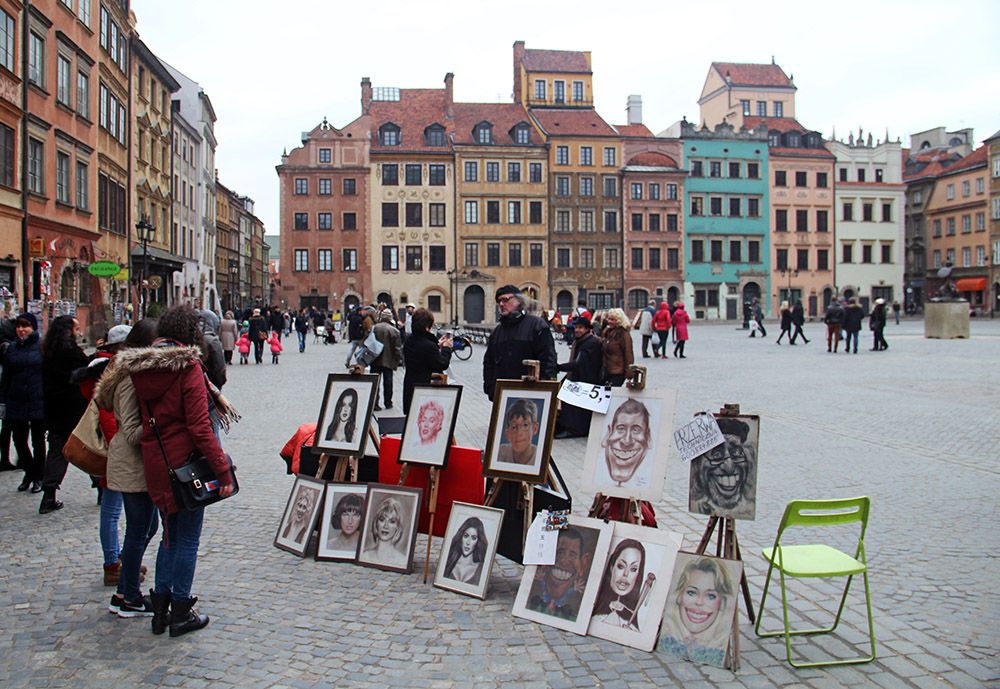 Most of the main sights are located in the centre, which includes seven districts. Each district has something to offer but we found the most interesting districts to be Śródmieście, Wola and Mokotów. Nonetheless, Wilanów in the south of the city is also worth a visit thanks to the palace.

From the castle square in the old town, the Royal Route leads to the royal summer palace in Wilanów, which is located more to the south. It used to be the exit route through the Polish capital. On the route, you will find many interesting sights including palaces, churches and squares.
The old town and the surrounding districts are compact enough to reach the sights on foot. We will mention a few of them. 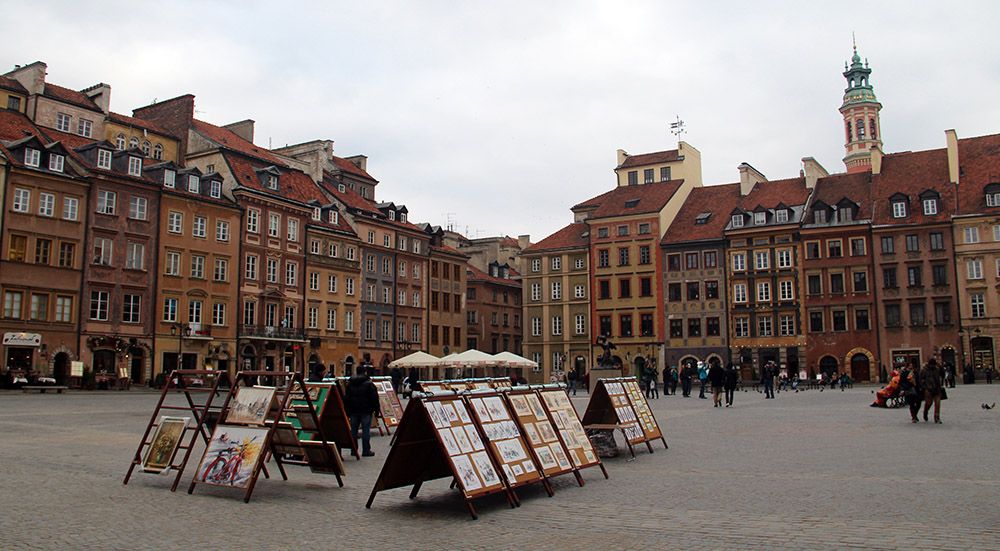 The royal castle of Warsaw is located in the old town on the beautiful castle square. From the 16th to the 18th century, it was one of the Polish royal family’s lodgings. During the Second World War, the palace was completely destroyed by the German army. In the early eighties it was fully rebuilt, after which the palace was opened to the public. You can admire two of Rembrandt’s paintings here, namely: The Scholar at the Lectern and The Girl in a Picture Frame.

This park, which was created in the 17th century, has to be on your list during a visit to Warsaw. With a size of 76 hectares, this is the largest and, in our opinion, the most beautiful park in Warsaw. It is located on the Royal Route and is the place for music, art and culture. You will find a number of palaces, a neoclassical amphitheatre and orangeries. The most famous palace is the Łazienkipaleis, which is also called the Palace on the Water Palace on the Island. This palace was built in 1772 as a bathhouse for a powerful aristocrat. The park is also home to peacocks and a large number of squirrels. More information. 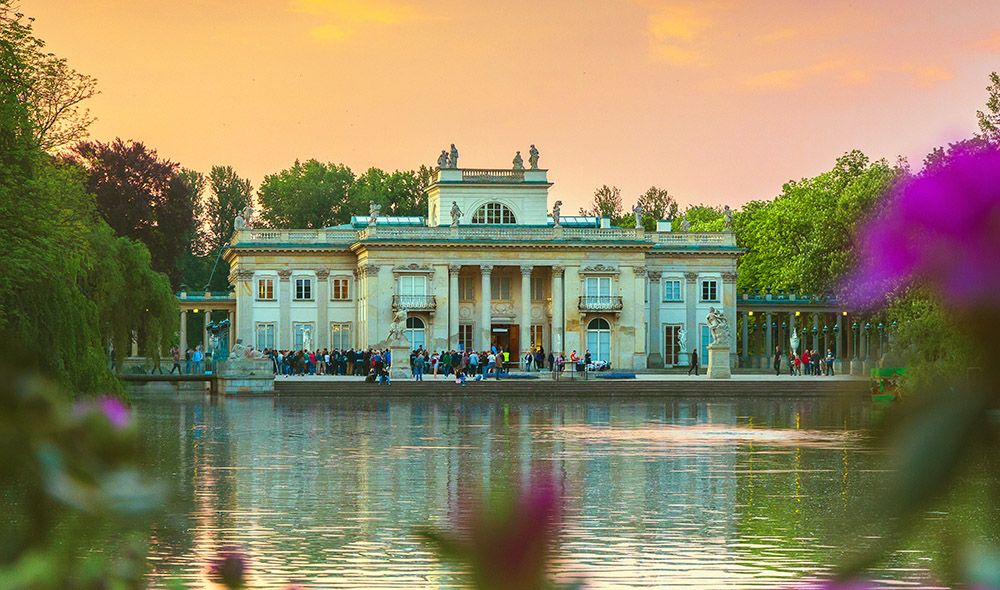 This tour is an absolute must if, like me, you are a big fan of traditionally brewed beer. The three-hour walk takes you past three fantastic beer taverns where you can taste nine different kinds of traditionally brewed beers. If you like the taste, then stroll through the chic street Nowy Świat for the many charming bars that are open until late.

This highly interactive museum tells the history of Polish Jews. The museum is housed in a modern building in the former Jewish ghetto. In the museum itself you also get to see the perfectly restored interior of the wooden synagogue of Gwoździec. More information.

Wilanów Palace is one of Poland’s most important monuments that has stood the test of time, including even the Second World War. There are more than sixty rooms in the palace. There is an interesting museum displaying the country’s royal and artistic heritage.

The accompanying, beautiful park around the palace is 43 hectares in size. You will find various small buildings and statues, and various forms of garden architecture from the 17th to the 19th century. There is also a beautiful neo-Renaissance rose garden and a one-hectare flower garden!

The palace and its beautiful park often host cultural events and concerts.

The Museum of the Warsaw Uprising is an interactive museum dedicated to the 1944 Polish uprising in Warsaw. The rebellion should have lasted only three days, but eventually lasted more than two months. Multimedia is used in the museum to evoke the atmosphere of the uprising as much as possible. 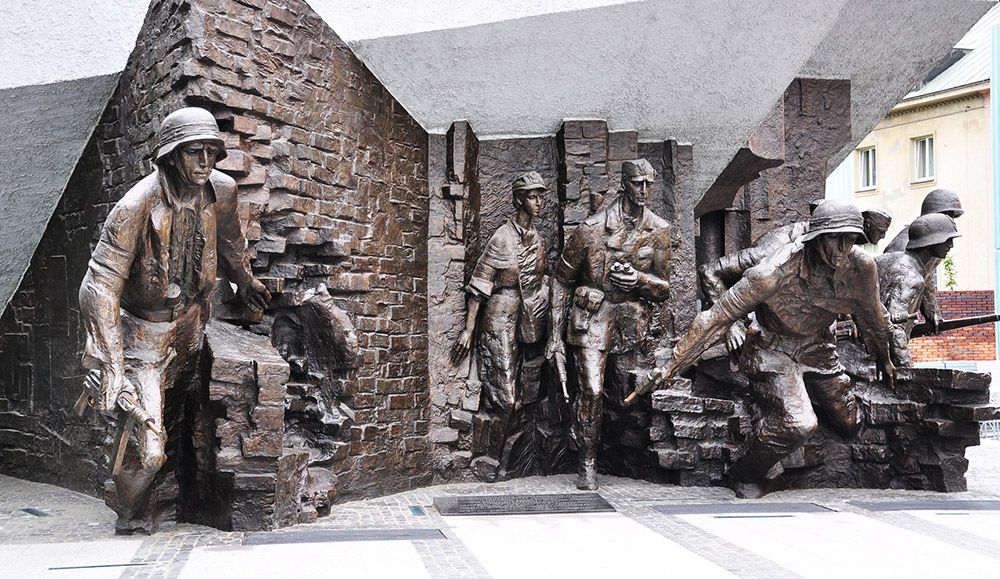 Warsaw has a continental climate. The winters can be mild but also very cold, the summers mild to hot. The best time to visit Warsaw is from early spring to early autumn. Statistically speaking, July is the rainiest month of the year.

Where to stay in Warsaw

There is a lot of accommodation in Warsaw. The sooner you book, the cheaper your stay will be. The best accommodation can be found in the districts of Śródmieście, Wola and Mokotów, where you will also find the most interesting sights to see. We stayed in the fantastic Luxury Apartment Mondrian Castle Square with a direct view of the castle square. A very nice and contemporary, perfectly located apartment but with rates of around €150 per night, which is quite a steep price for what it is. Other accommodation.

Moving around the city

We ourselves seldom find the car a pleasant means of transport for viewing the sights in a large, usually busy city. But unlike Kraków, for example, you can park your own car in Warsaw if you’re passing through. There is paid parking for the entire city centre.

Public transport in Warsaw is generally well developed. There are many bus and tram lines. If you are visiting the suburbs too, know there will be long travel times. Since the end of the last century, the capital also has a modern metro network. The stations are not directly near the sights in the old city. But if you want to go to the neighbourhoods in the north or south, the metro is a perfect alternative to the bus and tram.

In the city centre, we did everything on foot and didn’t venture into cycling, which we usually do in a city. Of course, you can also take a taxi for longer distances. In which case, you should take an official taxi. In Warsaw you can use Uber too. 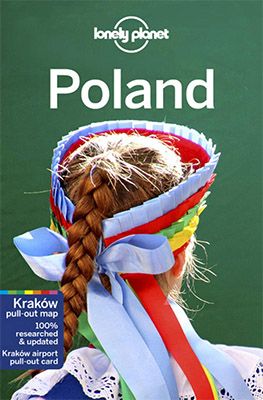 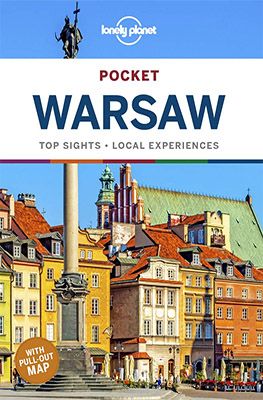