City break in the Portuguese UNESCO fortified town of Elvas

City break in the Portuguese UNESCO fortified town of Elvas

In the border region with Spain, the beautiful UNESCO city Elvas is located in the Alentejo. This city was Portugal’s first line of defence against invading Spaniards. When you walk through the picturesque streets of the old centre, you do not immediately notice this. The old garrison town looks very peaceful. Yet the fortress town could hardly be taken. This was partly due to the forts just outside the citadel, the largest in the world. Nowadays, a beautiful, typical Portuguese city is hidden behind these endless lines of defence. A city with a super relaxed atmosphere and plenty of interesting sights. 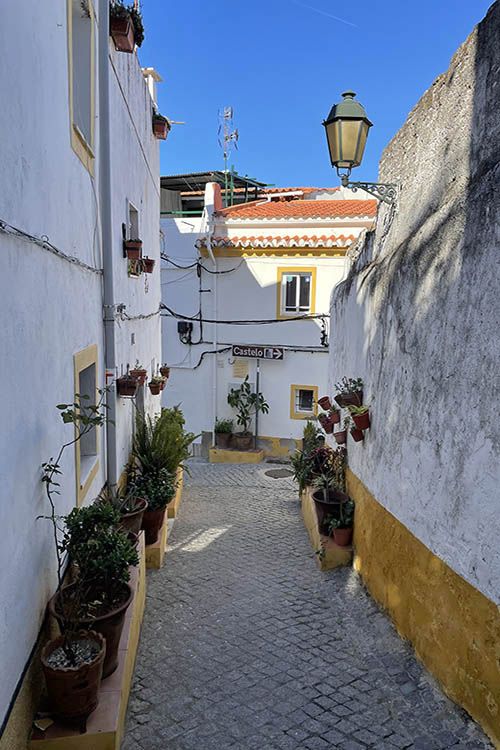 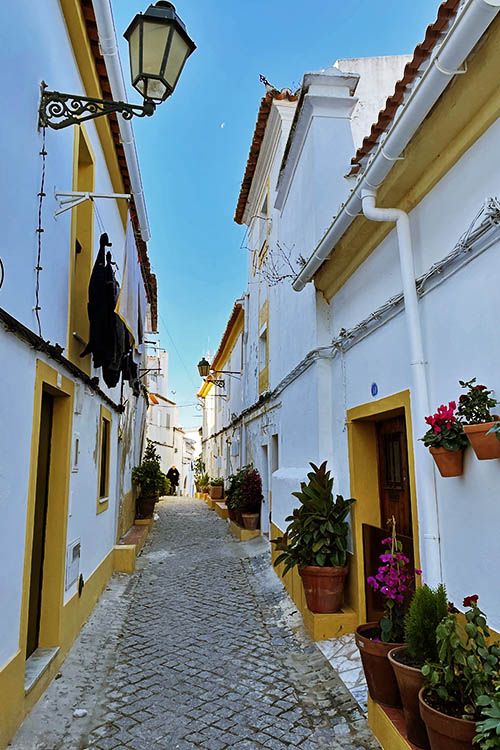 A little bit of history

To fully appreciate the city, we take you briefly through its history. It began with the colonisation by the Celts. Only in 150 BC the Romans settled in the region. In the 8th century, the Moors arrived. They took over the settlement for its strategic function and built the first city walls. The Moors ensured the prosperity and growth of the city. And beautiful architecture.

Elvas was conquered from the Moors by the Portuguese in the middle of the 12th century, but was recaptured soon after. Only since 1226 has the city been definitively Portuguese. Elvas is situated on the fastest route for any foreign power on its way to Lisbon. For this reason, the city became an important fortress city. Because of its key role in the defence of the country, Elvas became one of the most important cities in Portugal. 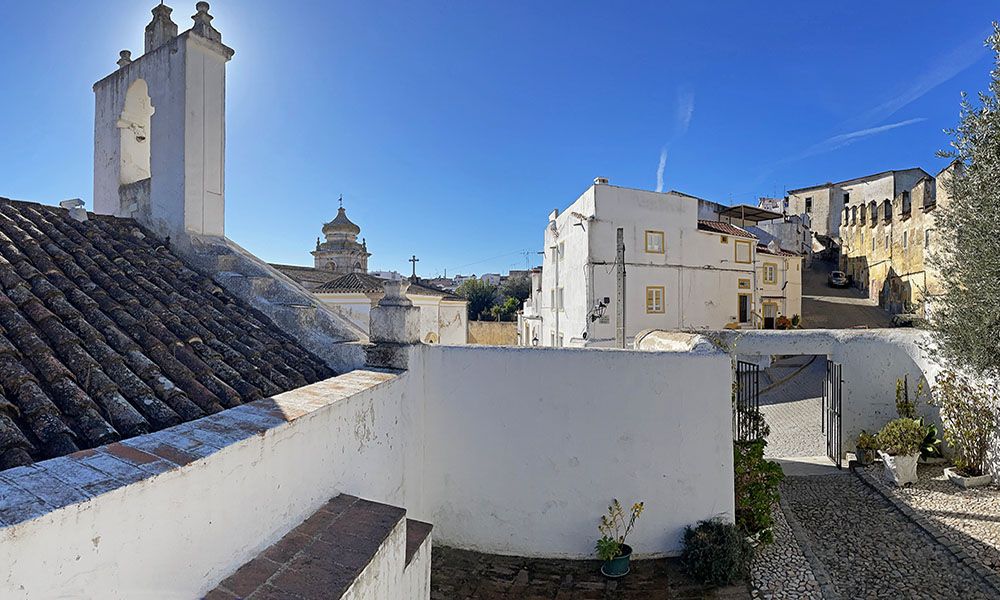 The many highlights of the fortified town of Elvas

Obviously, a visit to the forts should not be missing from your city trip. But Elvas has more than just fortifications to offer. We find just strolling through the picturesque, narrow flower-bedecked alleys a highlight. We can easily spend hours wandering through the old Jewish and Moorish neighbourhoods. But here is a list of the must-see attractions:

Outside the fortified town of Elvas, on a high hill, lies the Forte de Nossas Senhora da Graça. It is a very large star fort dating from the 18th century. It is even the largest fortress in the world. The strategic advantage of the position had already been proven a century earlier. During the siege of the city, the Spaniards set up camp here. Here they had a perfect view of the city. 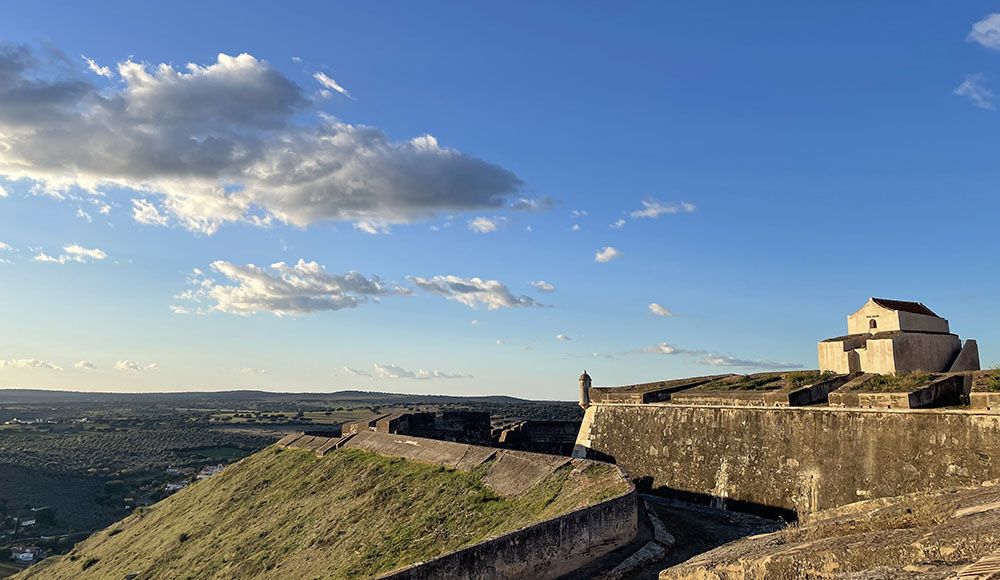 The fortress that was subsequently built was a technical tour de force at the time. At the corners of the inner fort are impressive pentagonal bastions. On the outside of the fort, four ravelins (outer works of a fortress) provide additional reinforcement. Inside the inner fort is a round, robust bulwark and a parapet with gun ports. Here you had the chapel and the governor’s residence. There was also a water reservoir that could provide 2000 men with drinking water for two years. The fort was besieged several times, but never taken.

In time, the fort lost its defensive function and became a political prison. Some parts of the inner fortress still remind of this. When the fort was subsequently abandoned, it fell into disrepair. Fortunately, in 2014 the fortress underwent a thorough renovation. After that, it became what it is today: a military museum and one of the main tourist attractions in the region. The fort is open from Tuesday to Sunday, from 10:00 AM to 5:00 PM. Admission costs €5. With (English) guide, €8. We did the guided tour ourselves and can definitely recommend it! 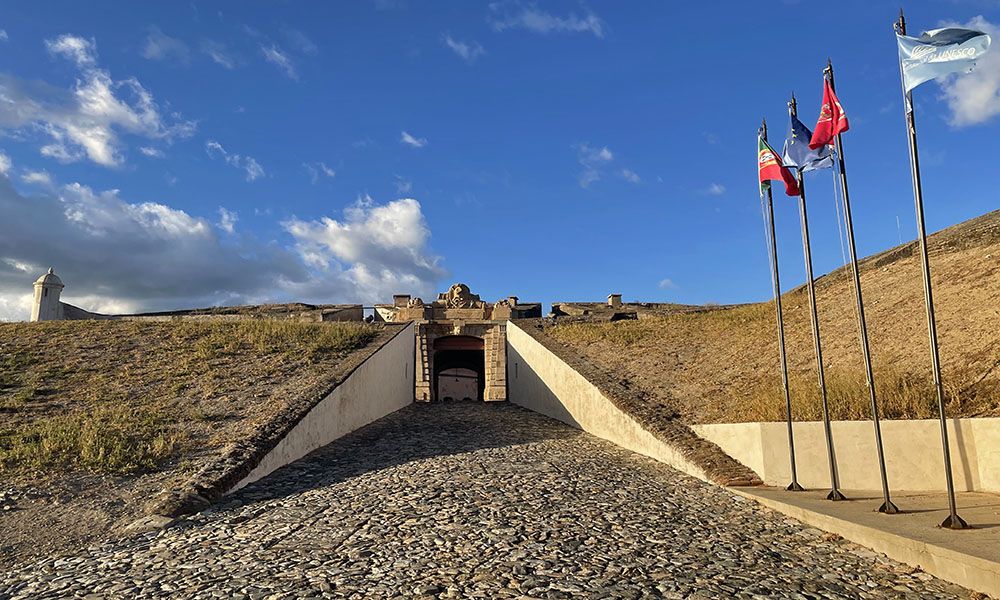 On and around the Praça da República

The 16th century Praça da República is the central square in the historic heart of Elvas. It is a beautiful, large square with beautiful old buildings. One of these buildings is the beautiful tourist office of Elvas. But the most important building on the square is the ‘Igreja de Nossa Senhora da Assunção’. This was once the cathedral of Elvas when the city was still a diocese. 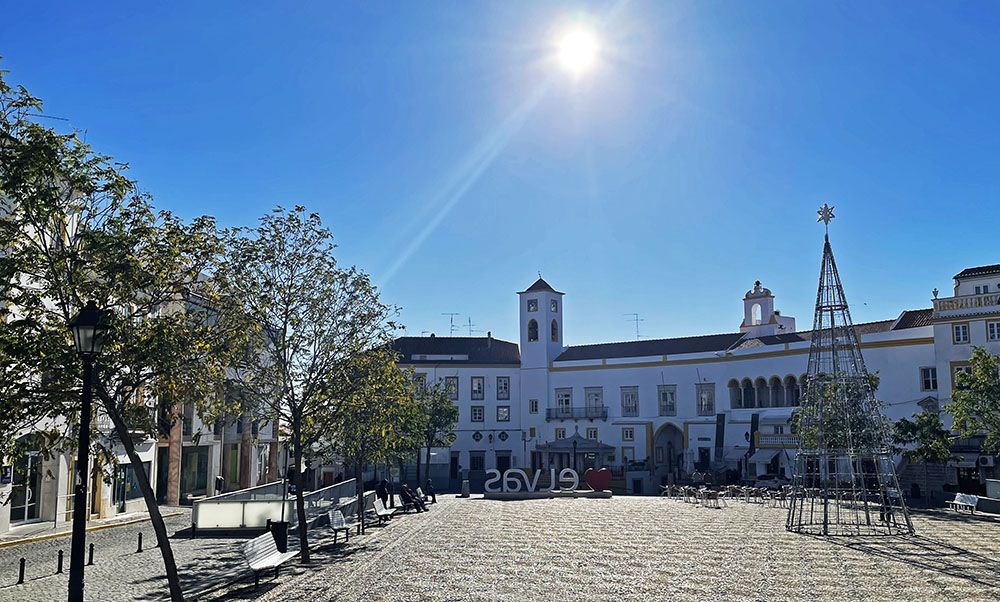 The church is the epitome of the Manueline (late Gothic) and Baroque styles. Throughout the centuries, the church has undergone several changes. On the outside, the neoclassical doorway and Manueline side porches stand out. The interior contains multicoloured marble and very special tiles. For us, the beautiful 18th century organ was the eye-catcher.

By the way, right behind the former cathedral there is a small church that we found even more interesting. This is the ‘Igreja das Domínicas’ from the middle of the 16th century. You will recognise the octagonal church by its Renaissance doorway. Inside, especially side chapels with 17th century gilded wood carvings are beautiful to see. For us, however, it was the little observation tower that was most important. Here you have a fantastic view of old Elvas. 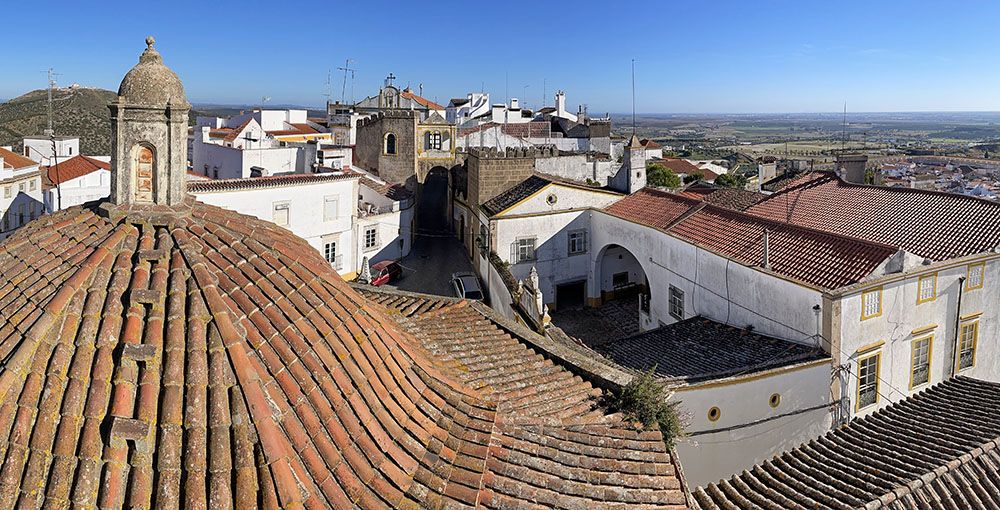 The castle of Elvas is not a fairytale castle like we have in Western Europe. It was actually only intended to defend the city. The Moors built it in the 8th century during their centuries-long occupation of Elvas. The Portuguese adapted the relatively small castle in the 13th and 14th centuries. But it was not until the 16th century that it took its final form.

The castle and its ravelins form one of the best-preserved fortifications in Europe. The castle is located at the highest point of the city. Take the stone passage and stairs to the battlements. From here you have a breath-taking view over the city and Spain! Visit the rest of the castle, including the towers. You can then imagine life in the tumultuous past of Elvas. 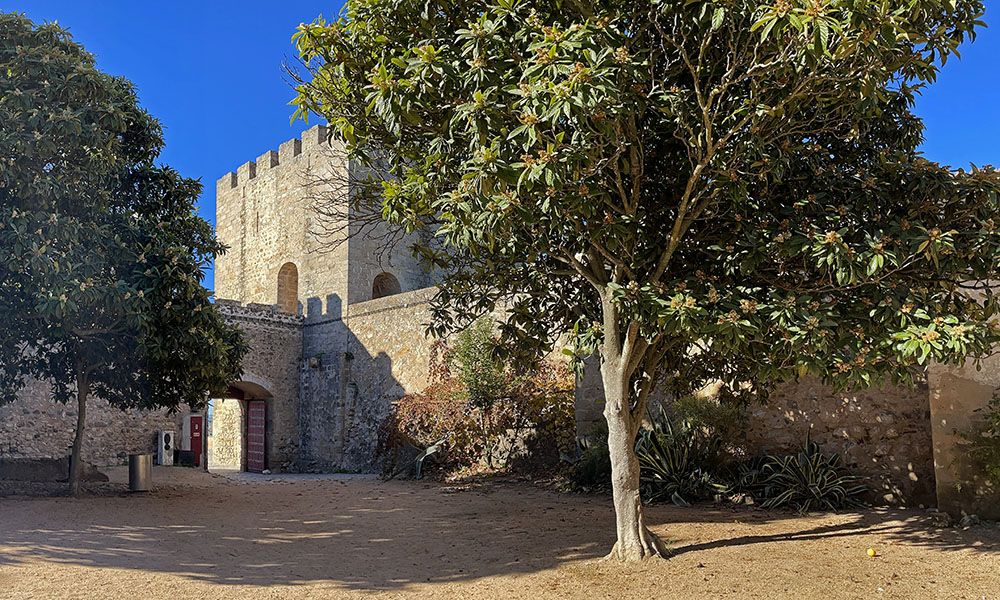 Portugal has a rich Jewish history. In the most diverse ways, the Jews contributed to the Portuguese culture. For a long time, they were under the protection of the kings. At the time of the Spanish Inquisition, many Spanish Jews fled to Portugal. At first, they were allowed to practice their faith openly. Later, however, the ideas of the Inquisition also spread to Portugal. But in several cities, including Elvas, much was tolerated. As long as the profession of faith remained invisible to the Christian population.

In Elvas, this period in Jewish history is still visible. In the building next to the Jewish Museum, there used to be a secret entrance to a small synagogue. The museum itself used to be a slaughterhouse but before that (so it is thought) a large synagogue. Today, the building with its richly vaulted medieval interior offers an interesting exhibition. This exhibition tells the history of the Jewish and New Christian community of Elvas. You will find the museum in the old Jewish district at the Rua dos Açougues 6. 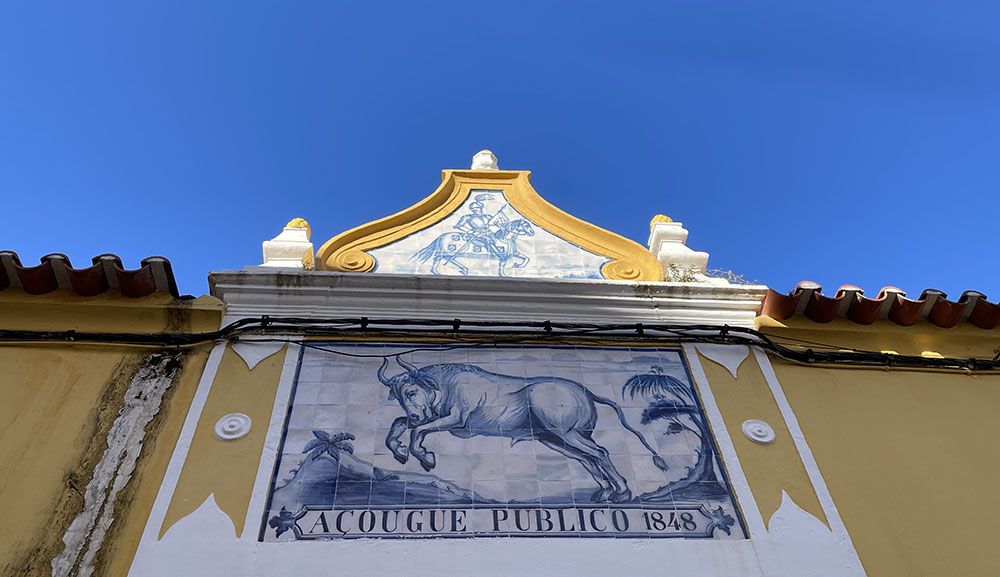 Elvas is internationally renowned for its plums in syrup. Agatha Christie, for example, loved the sweet delicacy from the Alentejo. But also, in “The Spy Who Loved Me” (James Bond, 1962) Elvas plums are mentioned. To get the Elvas name, the plums have to be cooked in syrup for several weeks. They are then preserved in syrup and covered with sugar.

The oldest working place is Frutas Doces. In the museum you can see how it is prepared. You will also find utensils and advertising material from the 100 years of the factory’s existence. We ourselves are not very fond of the sweet delicacy. Nevertheless, we found the visit to the tiny museum worthwhile. You will find Frutas Doces (sweet fruit) at Rua Martim Mendes 17A. It is open daily from 10:00 AM to 1:00 PM and from 2:00 PM to 6:00 PM. Admission is free. 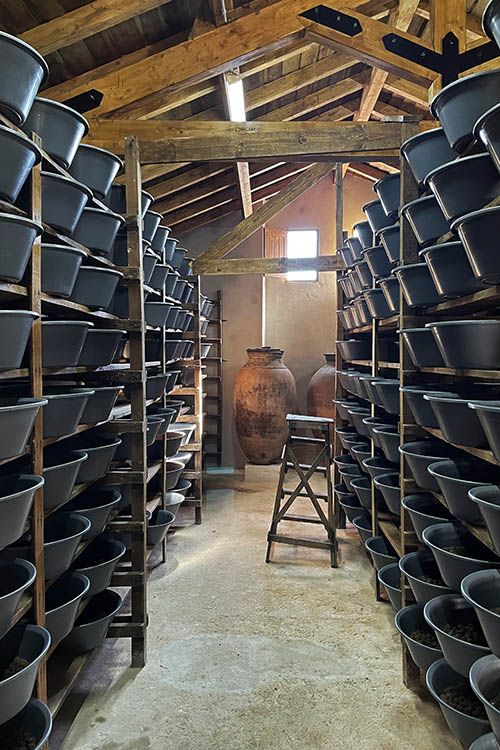 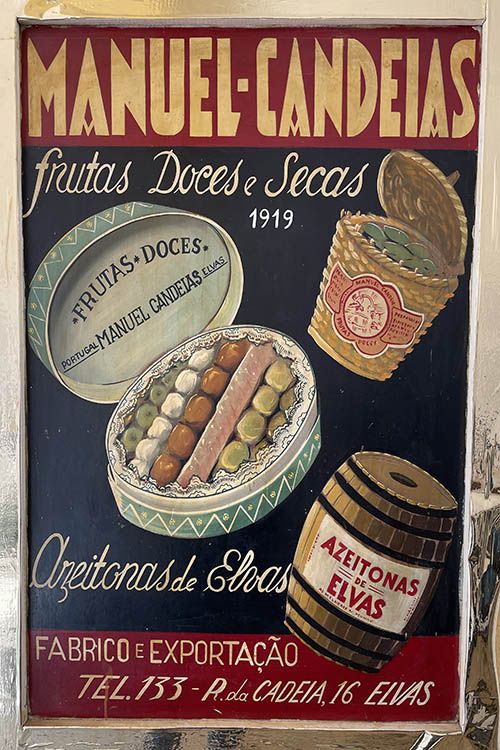 Other sights just outside the historic centre

Do you have more time to spend in Elvas? Then also visit the Aqueduct of Amoreira. This 16th century aqueduct is an architectural masterpiece consisting of five floors. It is the largest aqueduct in the Iberian Peninsula. The UNESCO monument has an estimated length of seven kilometres and a maximum height of 31 metres. The 843 arches of the aqueduct are also beautiful to see.

Furthermore, just south of Elvas lies the impressive Fort of Santa Luzia. This fort was also part of the region’s defence line. The star-shaped fortress was built in the middle of the 17th century. Now the fort is a military museum. Here you will find information about the evolution of different military, religious and civil buildings of Elvas. And about the most important battles in which the city was involved. 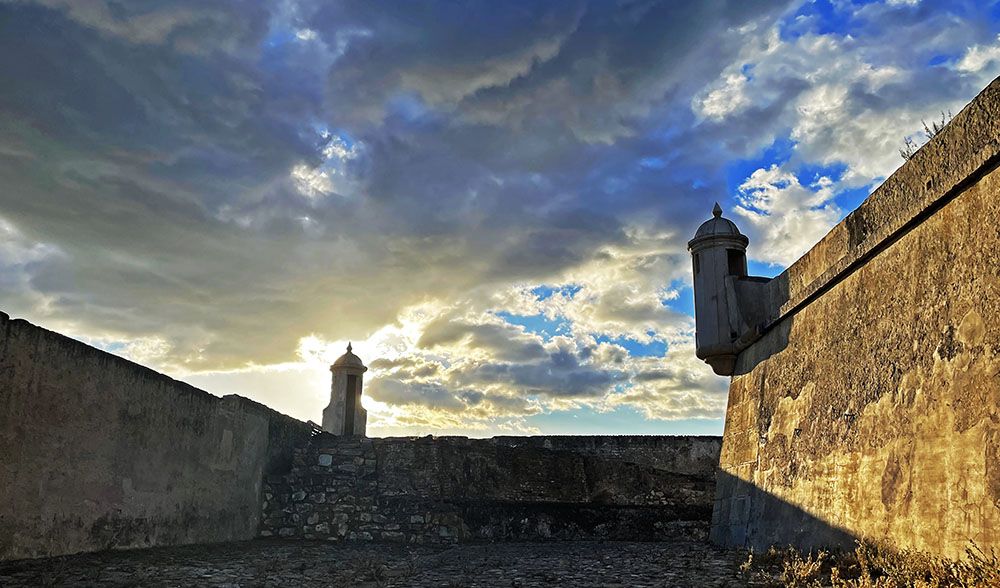 Practical tips for your city break to Elvas

Here you will find answers to frequently asked questions to help you prepare for your city trip to Elvas.
What are the best hotels to stay at?

Both in the centre and in the immediate vicinity there is plenty of accommodation to be found in Elvas. We stayed in the very atmospheric Travassos 11. The beautiful old building is within walking distance of the old centre of Elvas. Each spacious room is unique; the decoration seems to come straight out of an interior magazine like VT Wonen. There is so much attention to detail that you have to have a look, whether you stay there or not. Another plus of Travassos 11: free parking!

What are the best restaurants in Elvas?

We ourselves were pampered on a culinary level in our own hotel (Travassos 11). Look here for an overview of the best restaurants in Elvas.

What is the best time to visit Elvas?

The best time to visit Elvas is from mid-March to mid-June. And from mid-September to mid-November. The summer months have the least rain but it can be very hot then. The winter months are still fine for a visit to Elvas. The average daytime temperature then is around 13 to 14 degrees.

How is transport organised in Elvas and its surroundings?

All the sights within the city walls are easily accessible on foot. Please note, however, that there are considerable differences in height.

As for the sights outside the centre, the easiest way to get around is by car. Elvas does have a train station, but many of the other nearby towns do not. You have to rely on local buses. Travelling then takes much longer than with a (rented) car. 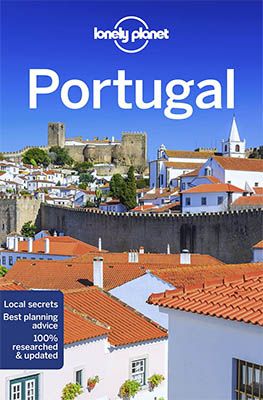 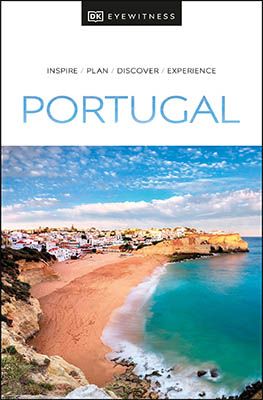