Walking tour along the Cinque Terre

One of our favourite regions in Italy is the ‘Riviera di Levante’, the part of the Ligurian coast between Genoa and La Spezia. You’ll find picturesque towns and idyllic villages like Portofino, Sestri Levante, Portovenere and San Remo. Between the coastal towns of Portovenere and Levanto is the famous Cinque Terre National Park, a protected nature reserve with brightly coloured fishing villages at the foot of the sea cliffs. 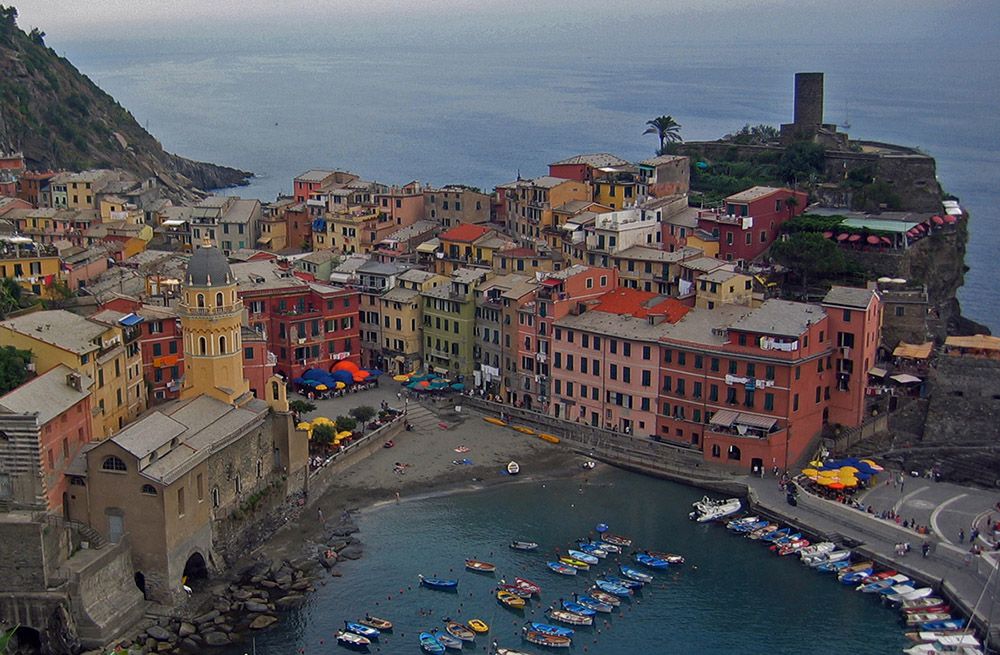 Monterosso actually consists of an old and new city connected by a short road tunnel. The new town has a sandy beach with many colourful umbrellas and cosy restaurants and cafés. The old town resembles the other four villages but is slightly larger and less steep.

Our favourite is the town of Vernazza from the year 1080, which is still one of the most authentic ‘fishing villages’ on the Italian Riviera. It has the only natural harbour in Cinque Terre. Besides elegant houses, you’ll also have a castle and a tower where there is a fantastic view over the city and the coastline. 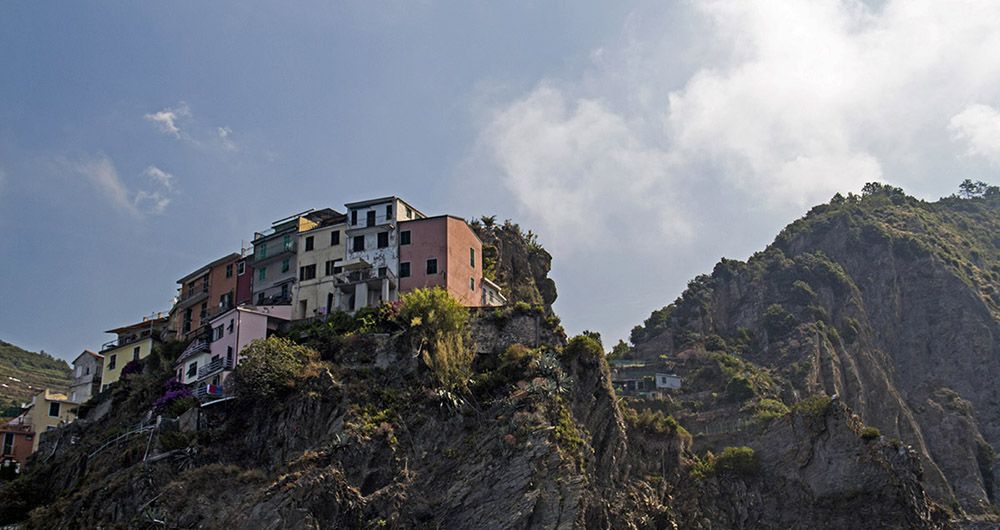 Built on a high cliff 70 metres above sea level, Manarola is possibly the oldest and one of the most picturesque villages in the Cinque Terre. You will find a small harbour, multicoloured houses and a small square but also many terraces with cosy fish restaurants.

Riomaggiore is the easternmost town of Cinque Terre and is built against two mountain ridges. It dates from the eighth century. You will find houses with slate roofs and facades in different, typical Ligurian colors. If you want to fully explore the village, then you need to be in good condition, given the differences in altitude! 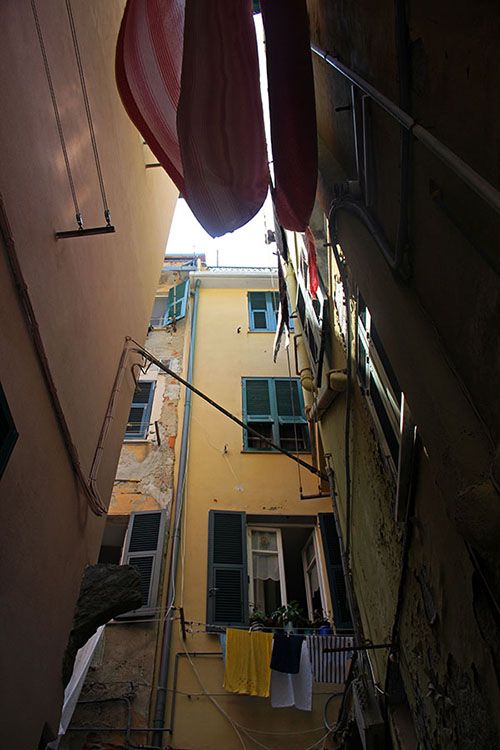 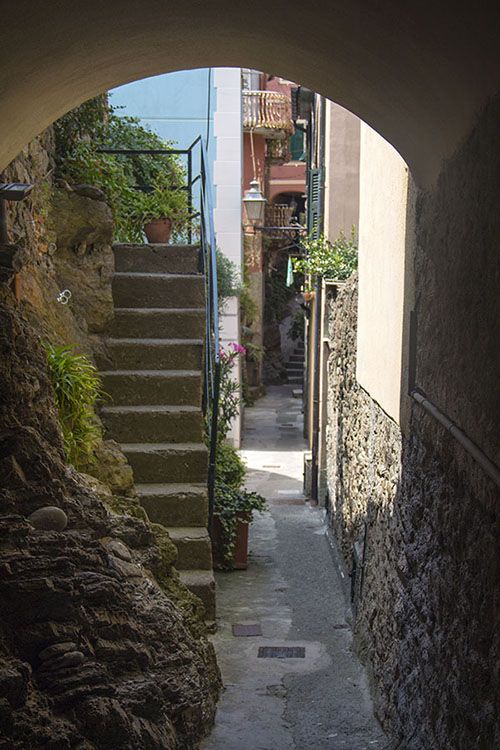 Walking tour along the Cinque Terre

We visited the national park twice: the first time was in the spring when we walked with an Italian friend from Monterosso to the other towns. The second time was in the summer when we took the boat from La Spezia and Portovenere and went ashore at some of the five towns. Although it is especially wonderful in the hot summer to be on the water, the walk on the ‘sentiero azzurro’ (the blue coastal path) along the Cinque Terre is our strong favourite.

We started this hike in Monterosso. During the first part you have to climb quite a lot, but it is also fine for people with a slightly inferior hiking condition. After a two-hour walk along agricultural terraces and vineyards, you’ll get to see Vernazza down below. Really beautiful! You then arrive in the village itself and the blue path continues to Corniglia. The walk to Corniglia takes about an hour and a half. Unfortunately, you can’t continue on this famous route to Manarola and eventually Riomaggiore. Fortunately, there are alternative red hiking trails that go more inland and then end up at the coast. Go to this national park web page. 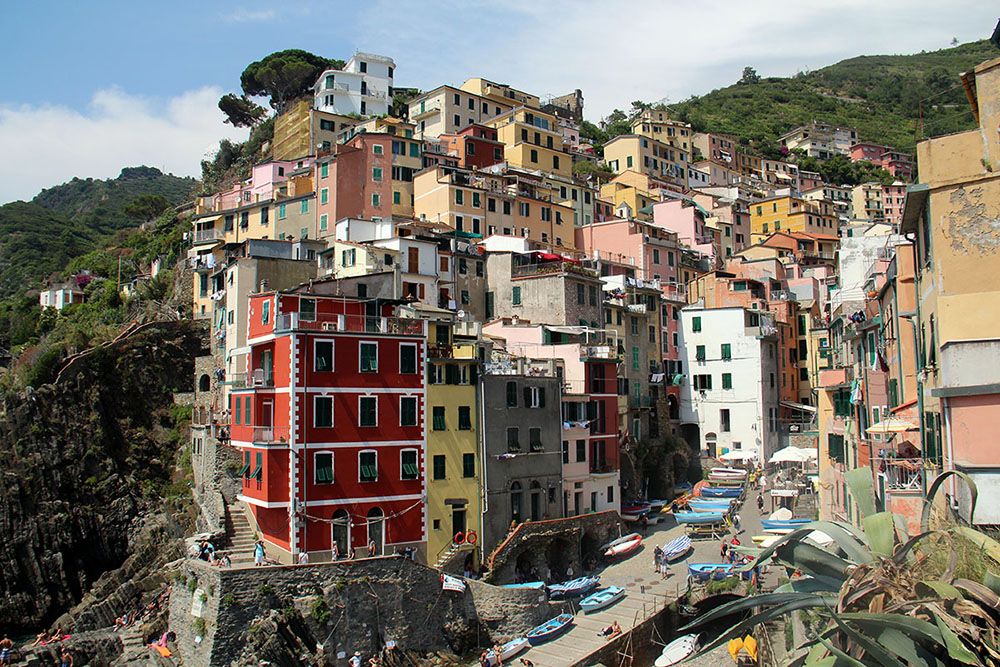 Practical matters for your visit to Cinque Terre

If you want to take the blue route you have to pay an entrance fee. This costs €7.50 for one day, and €14.50 euro for two days. Since the blue route can only be walked between Monterosso and Corniglia, a ticket for one day is enough. You don’t have to buy a pass for the red routes.

The easiest option to get there is by train from Genoa or La Spezia. Bear in mind that, with the exception of the new part of Monterosso, you will have to climb steeply to walk from the harbour or train station to the centre of a town. This is normally not a problem, except if you plan to spend the night in Cinque Terre and take all your luggage with you. In that case, it is better to leave your luggage in a larger place at your hotel. You can then take a small, full backpack to the villages on foot.

If you are not a big hiker and therefore only want to go on one walk, for example from Monterosso to Vernazza or vice versa, then the hop-on-hop-off-boat is also a good transport option. For example, you can get off at La Spezia to go ashore in the picturesque village of Portovenere before continuing on to Manarola. Because the boat cannot moor in Corniglia, you could take a red walking route from Manarola to Corniglia and Vernazza. Here you take the boat to Monterosso. From Monterosso you can either take the train or the boat back to La Spezia (or vice versa). 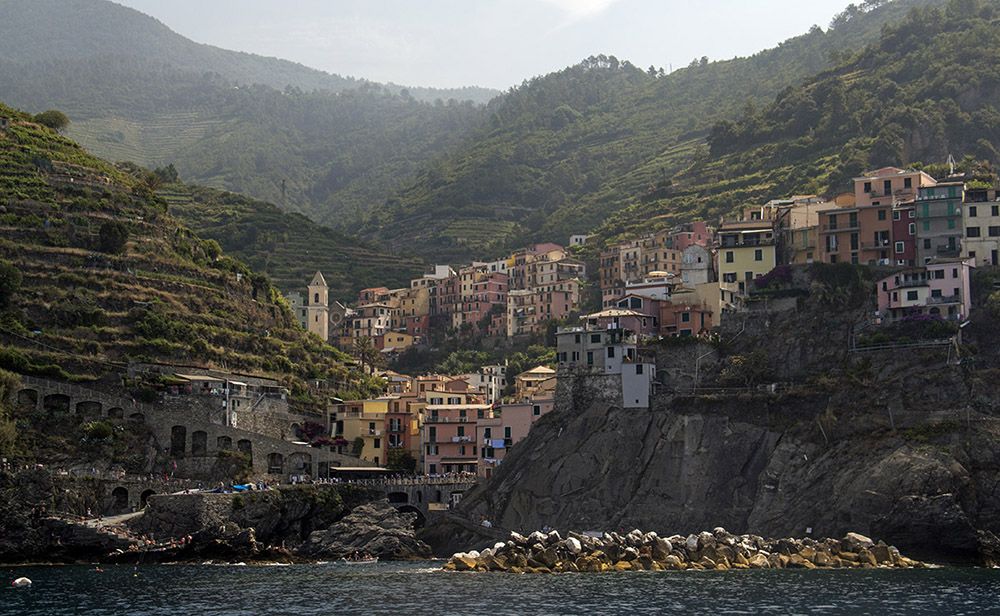 The five idyllic towns have sufficient and often very attractive accommodation to offer. That’s why we think it’s really worth taking a two-day walk and spending the night in one of the towns. Making a reservation in advance is our advice. Find accommodation.

As far as we are concerned, the best time to travel is April to mid-June or from the beginning of September to mid-October. In the summer months it is too busy and too hot.

Please note that it can be particularly busy in summer. In Vernazza, for example, we wanted to have lunch on a hot summer day but all the restaurants were booked weeks, or even months in advance. The fantastic Ristorante Belforte even turned out to be fully booked a year in advance! However, when we, years before that, came from Monterosso to Vernazza at the end of the afternoon in the spring, we could quite easily get a table for three people in the charming square. Even our Italian friend thought the food was very good! Incidentally, in Riomaggiore there are some more restaurants to find where, even in the busy summer months, you can still get a table. 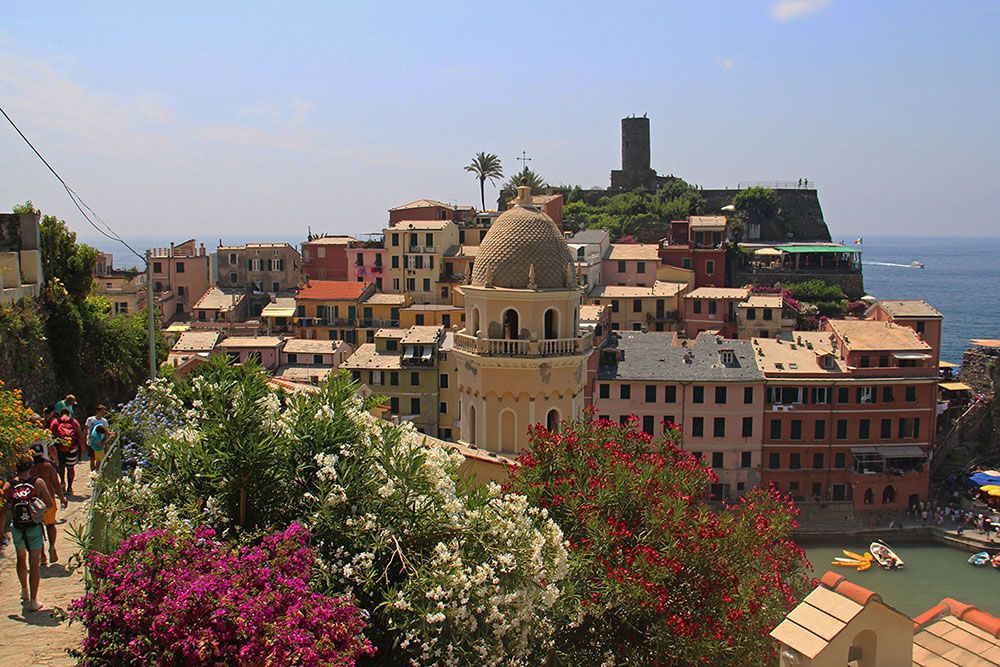 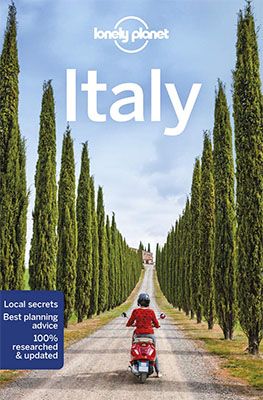 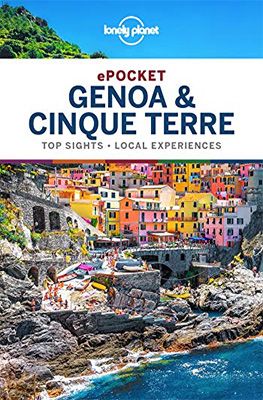