Canyoning, that’s far too much for people our age, isn’t it? That’s what I thought. In Dalat, however, we met so many people who thought it was so fun that we once asked if we could do it too. When we heard positive stories, we decided to give it a go. Despite my fear of heights, not so flexible body and fear of violent movement, I didn’t regret it! 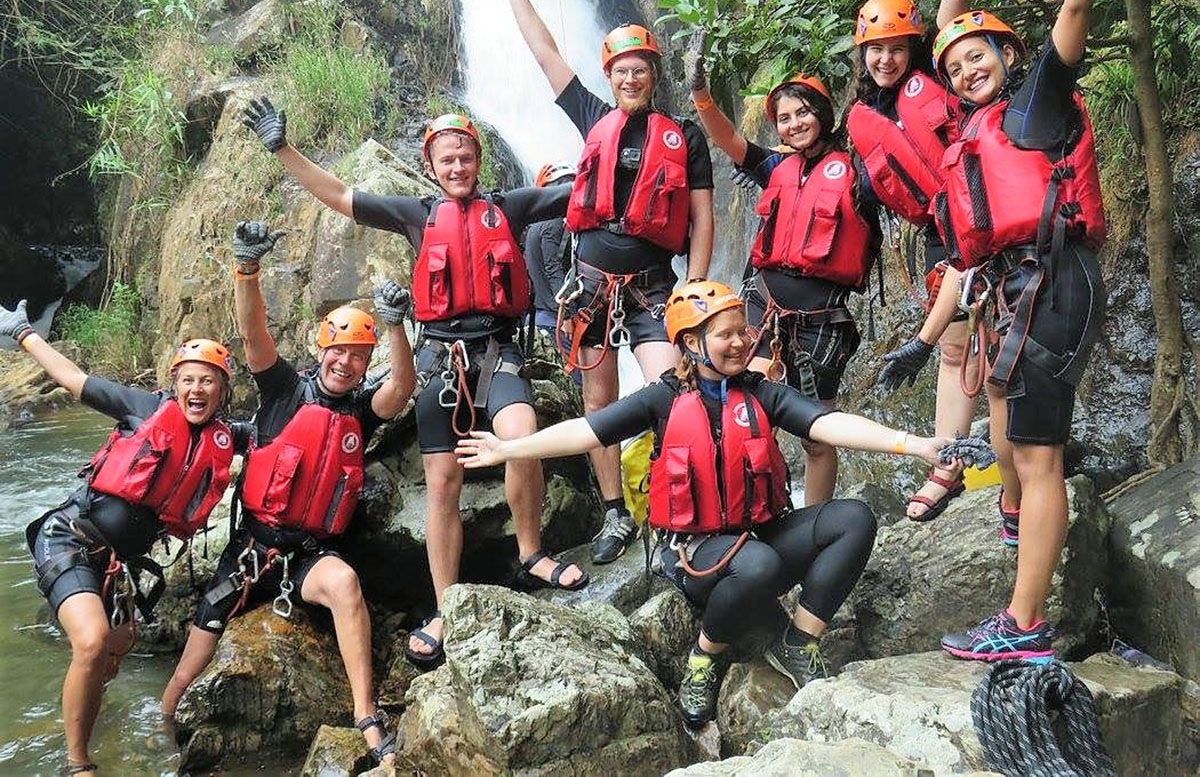 After some good instructions and several dry exercises at a small wall, we had more or less mastered abseiling. After that, we went into the jungle, crossing a fast-flowing river over a narrow bridge or a solid, wide branch. On the way, several cliffs loomed up. And then you can’t go back! Your heartbeat races, the adrenaline rushes through your ears and your knees are shaking. Abseiling along the waterfall then after about 15 metres I was safely on the ground under the cliff. We were allowed to abseil several times in beautiful places in nature. After a while your fear dissipates and you enjoy the magical moment of descending from the cliff edge.

The highlight was the so-called “washing machine”. We had to abseil along a high cliff, after a while the cliff was gone and we hung in a vacuum, where a waterfall let enormous masses of water fall down along us. We slowly descended to the water. There, we were sucked along by the current and disappeared for about 8 seconds under the swirling water, to and fro, and that’s it. Without doing anything we came back to the top again to a quiet spot in the water. If you don’t like this, you can also walk down around the waterfall.

After this it was time for dessert: jumping into the water from a very high rock. The daredevils went from 11 metres high, we kept it civilised and jumped from 7 metres. Here too you can walk down. That day we won many victories over ourselves. I found out that I still dare more than I thought. And so, we were able to tick off some more things from the bucket list!

If you don’t feel like this adventure or if you have a day left in Dalat, visit the Hang Nga Crazy House. This is a complex built by a Vietnamese architect. We think she got her inspiration from Dali, Gaudi, Anton Pieck and Tolkien. The result is a surrealistic structure between various trees. There are also some hotel rooms in this structure. 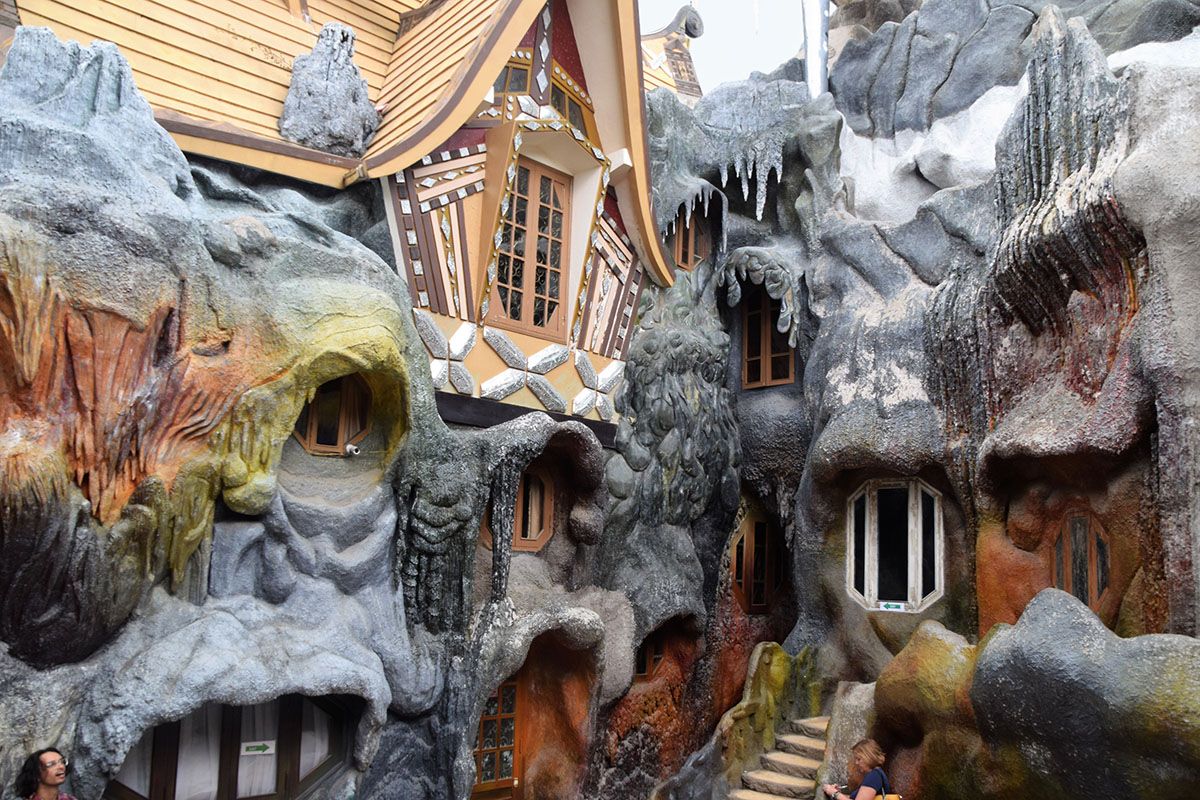 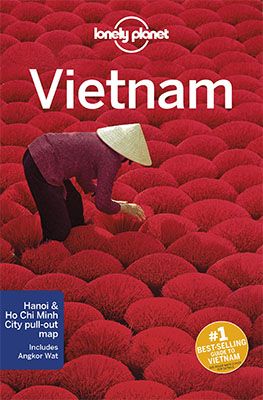