Highlights of Brussels for your city break

Home » Belgium » Highlights of Brussels for your city break

Discover the many highlights of Brussels

In Brussels you will get to know beautiful buildings from the Middle Ages but also delightful neighbourhoods in Art Nouveau style. At the same time, the inhabitants of the city create a special, multicultural atmosphere. The city offers so many highlights that a weekend in Brussels is actually too short to see all the sights and the many beautiful museums. 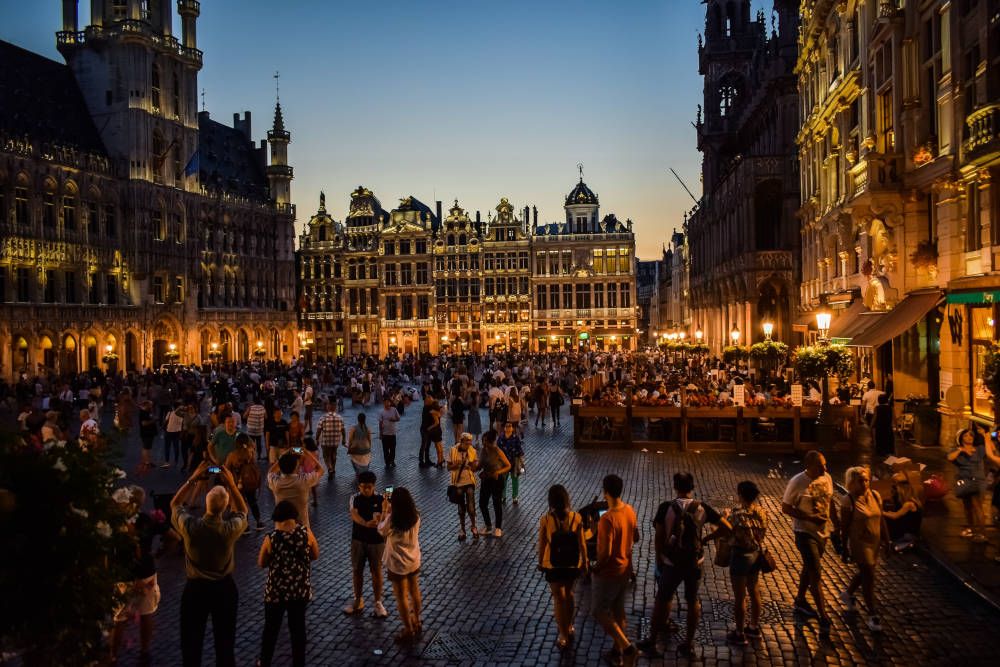 Brussels arose around a castle on an island in the Zenne. As the city grew, a first rampart was built, some parts of which are still preserved. In the 15th century, the cloth trade had become an important economic factor. Rich merchant guilds had their headquarters built around the Grote Markt.

The city successively became the capital of the Duchy of Brabant, the Seventeen Provinces, the Southern Netherlands, the United Kingdom of the Netherlands (together with Amsterdam), Belgium, the Flemish Community, the French Community and the Brussels-Capital Region. Along with the administrative centre of the European Union. As many European institutions have their headquarters in Brussels, the city is the second largest political centre in the world after Washington D.C.

The main highlights of Brussels

Brussels is a big city and has many beautiful sights. You can visit more than 100 museums in the metropolitan area of Brussels. That’s why we make a small selection of the top highlights in Brussels. 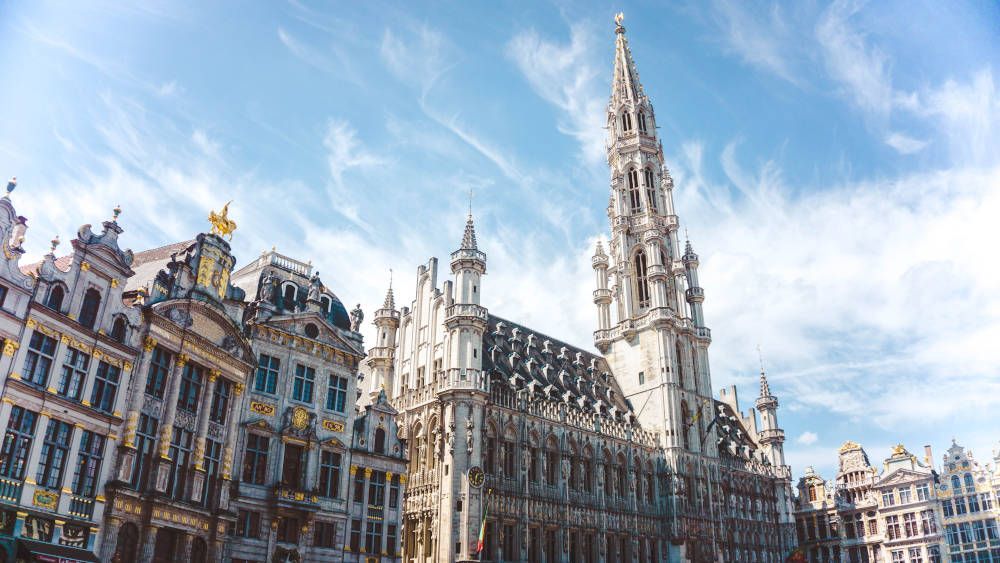 The main tourist attraction of Brussels is definitely the Grote Markt/Grand Place. This square used to be the commercial heart of the city. Around the square you’ll find the most beautiful examples of Belgian architecture. You can reach the square via one of the six narrow streets leading to it. Every building on the square exudes enormous grandeur. Some of them are so special that we could call each and every one of them a special highlight.

Every two years the Grand Place offers a unique sight. An enormous carpet of begonias covers the square. More than a hundred volunteers lay over a million begonias within four hours in a fantastic palette of colours. The carpet is no fewer than 77 x 24 metres and has a specific theme. In 2020, you will be able to enjoy this special floral carpet from 13 to 16 August.

The big eye-catcher on the Grand Place is the Town Hall, or Hôtel de Ville in French. It was built between 1440 and 1480. As one of the few buildings it was spared the destruction of the French in 1695. The building still serves as the city hall. You can visit this special building, which is definitely worth a visit. Especially the meeting room of the city council and the council chamber for the mayor and aldermen are interesting, mainly because of the immense tapestries with beautiful pictures. 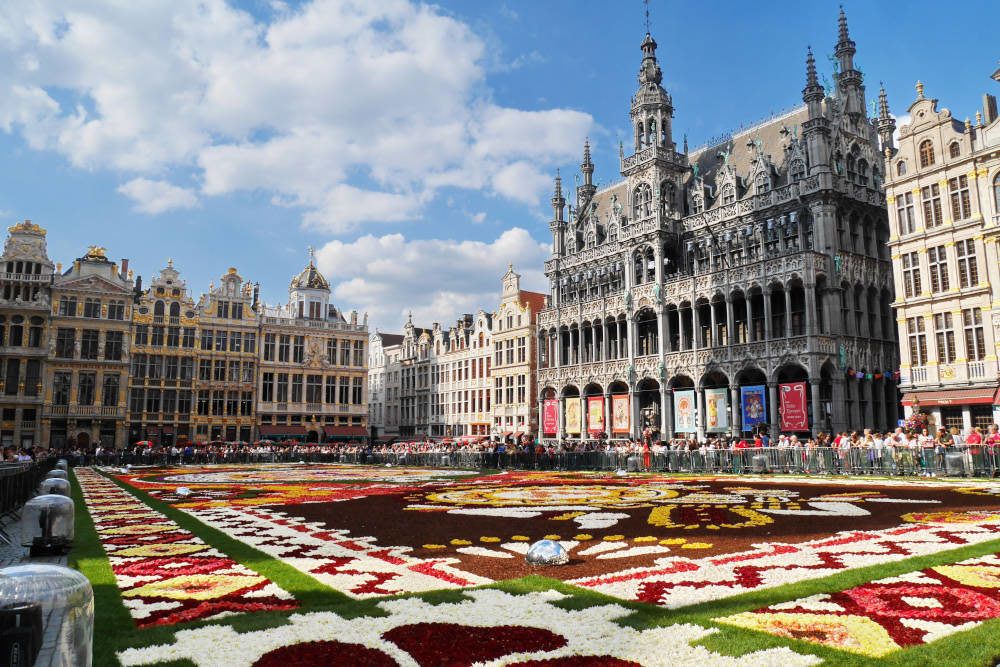 This museum is a tribute to the Belgian passion for comic strips and cartoonists. Not only from Belgium, but also abroad. Tintin and the Smurfs, Belgium’s most famous comic strip characters, will take you on a journey through the museum. A visit to the Comic Museum is a must for every comic strip fan.

Besides the beautiful exhibitions and the impressive collection, the building of the Comic Museum is special. The famous Belgian Art Nouveau architect Victor Horta designed it. For lovers of this architectural style, the museum is therefore already worth a visit. Especially enjoy the beautiful entrance hall of the museum.

The Royal Palace in the Royal Quarter

In the upper city of Brussels, you will find the Royal Quarter. Once this location was deliberately chosen for the palaces: the air was purer on this hill than in the popular lower city.

The main attraction in the Royal Quarter is the Royal Palace. It is still the official residence of the king, but he no longer lives there. From July to September you can visit the palace. The throne room and hall of mirrors are fantastic to see. Additionally, artist Jan Fabre has decorated the ceiling of the hall of mirrors with the wing shields of some 1.5 million jewel beetles. 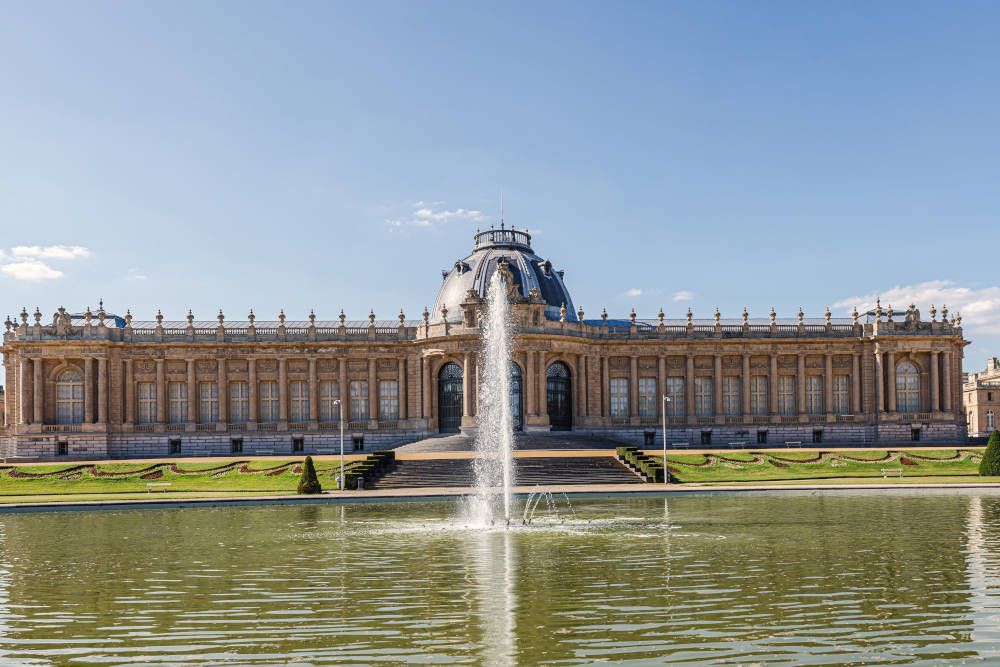 This was the headquarters of the mighty Bakers’ Guild. Bread was indeed sold here in the Middle Ages, which is why the building is also known as the Broodhuis (Bread House). The guild wanted a large and sumptuous building to counterbalance the majestic town hall. This was quite successful. Now the building houses the museum of the city of Brussels. The museum pays a lot of attention to art, crafts, archaeology and folklore. The original statue of the Manneken Pis can also be admired here.

These museums, which consist of 6 different museums with their own themes, are the biggest in Brussels. Four of them are located on the Place Royale. They contain an enormous collection of more than 20,000 works of art from the 15th to the 21st century. Depending on your interest, you can opt for ancient art, modern art, a museum dedicated to the Belgian surrealist René Magritte and a museum that focuses on the heyday of Art Nouveau in Belgium.

Antiques market in the Grote Zavel

The Grote Zavel district has two beautiful squares. Grote Zavelplein is the separation between the lower and upper city. It is a chic part of the city. You will find many nice restaurants, shops and chocolateries with the most delicious chocolate creations. Kleine Zavelplein, on the other hand, is a beautiful green place to relax in the bustling city.

This part of Brussels is also known for its many antique shops. Antique lovers can indulge themselves here. In addition, a large antiques market takes place every week on Saturdays (until 6 pm) and Sundays (until 2 pm). It’s really a lovely outing to wander around here for a few hours looking at all the nice sights. 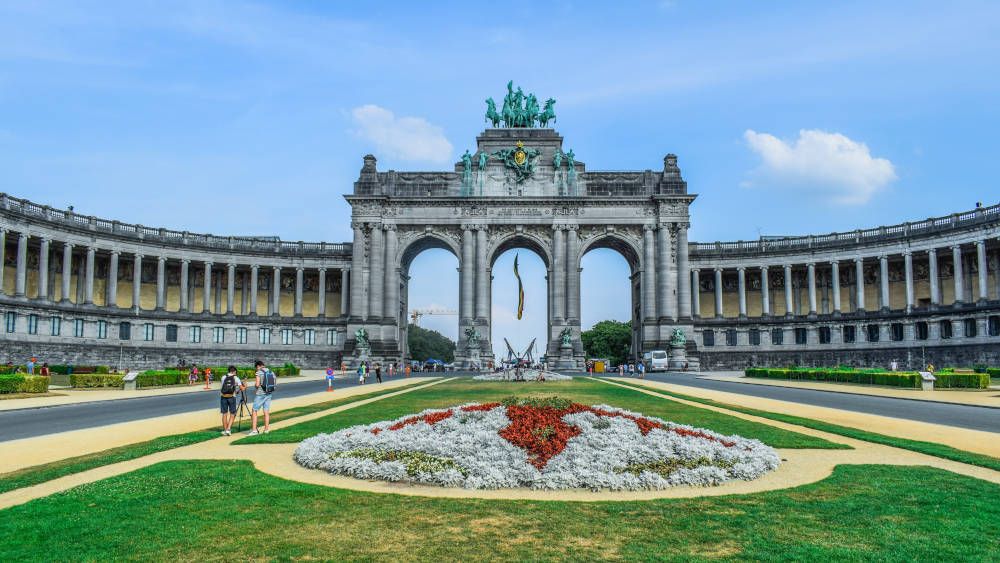 To celebrate the 50th anniversary of Belgium’s independence, King Leopold II decided to build this park. The Jubelpark is a vast ensemble of gardens dotted with monuments and museums. Most eye-catching is the Triomfboog with 3 archways, from which you have a magnificent view over the city. The architect of this arch was inspired by the Arc de Triomphe in Paris.

Various events take place in the Jubelpark throughout the year. In addition, many families and Euro parliamentarians use the park on beautiful days as a place for lunch. In the park you will find various museums, such as the beautiful Museum of Art and History, Autoworld and the Army Museum.

This is the national church of Belgium. It is a beautiful example of Brabant Gothic. The construction of the church began in 1226. It took more than three centuries to complete it. Characteristic of the construction are the double towers, which is very unusual in Brabant architecture. In the church, the beautiful baroque pulpit and the large stained-glass window stand out. It depicts saved souls waiting for Christ. Furthermore, the interior of the church is bare. Due to the iconoclasm and thefts of French soldiers little has been preserved.

The working-class district of De Marollen

This is a traditional working-class neighbourhood. In earlier times mainly weavers and craftsmen lived here. The street names still remind us of this, such as the Borduurdersstraat (Embroidery street) and the Timmerliedenstraat (Carpenters street).

A nice shopping street is the Hoogstraat. This road was already there in Roman times. It is the longest street in the centre of Brussels. You’ll find lots of nice shops here. Next to it you see the Brueghel House. Another attraction is the daily flea market on the Vossenplein. Here you can buy all kinds of second hand stuff. It’s delightful to watch the locals sniff out some trinkets, looking for something fancy. 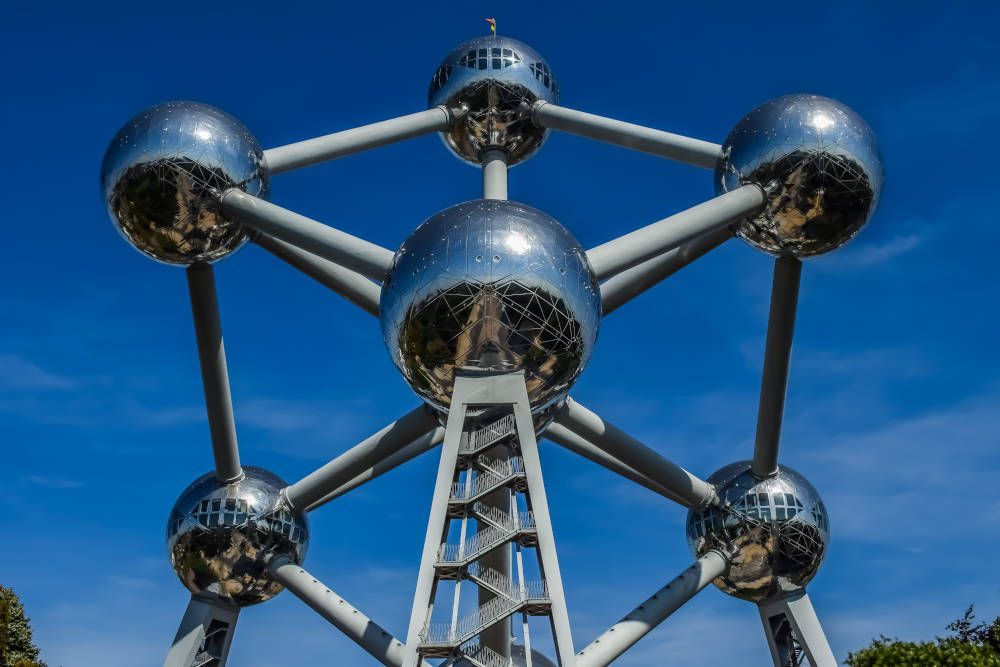 Other highlights of Brussels

This is just a small selection of the highlights this city has to offer. We didn’t even mention the Manneken Pis or the Atomium. But you will undoubtedly come across the characteristic image as you wander through the city. We think it’s more fun to go to the museum in the Eikstraat. There you can see over 1000 pieces of clothing that the Manneken Pis has worn over the years.

Another nice idea is to take a walk around the themed Art Nouveau through the city. The tourist office can help you choose a route. Many of those walks end at the Avenue Louise, which is the “Champs Elysees” of Brussels. Here you’ll find the luxury department stores and the shops of famous designers. In short, there are so many highlights in Brussels that it’s worth returning here every so often. 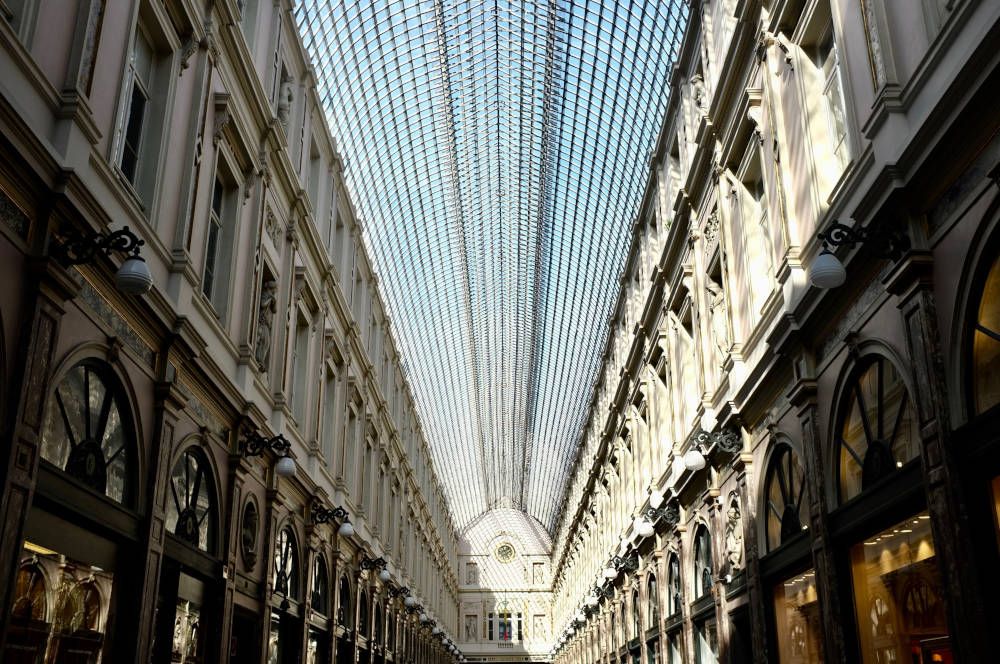 On-site transport to the highlights of Brussels

Eating, drinking and sleeping in Brussels 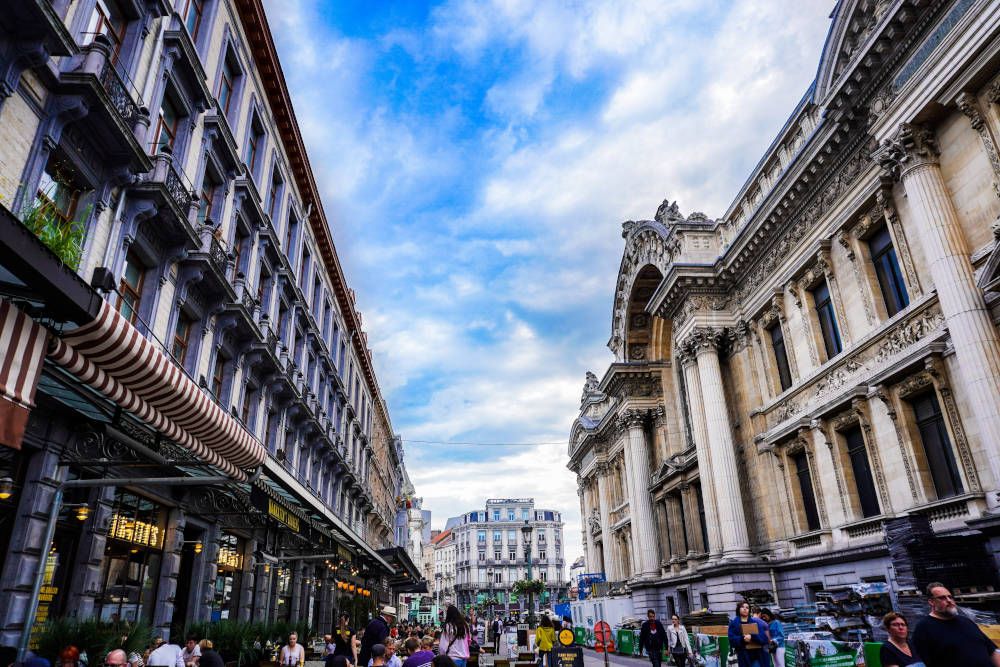 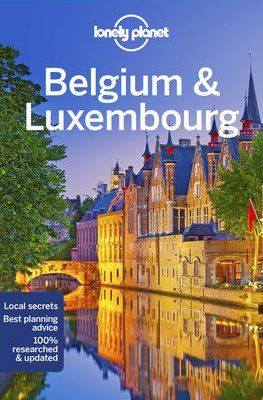 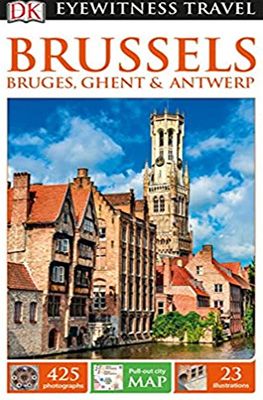