On our way to southern Europe, we made a stopover in Beaune in Burgundy. But just an afternoon and evening proved insufficient to fully enjoy this picturesque town. So, we decided to stay a little longer in the Beaune area on the way back. This way, we could also visit the other small wine villages and towns on the Côte-d’Or. Like Montrachet, Pommard and Nuits-Saint-Georges but also the larger city of Dijon, the French capital of mustard. In this blog, we will tell you why Beaune and its surroundings could also be an excellent next holiday destination for you. Because this much is clear: Beaune is definitely more than just a nice spot for a stopover! 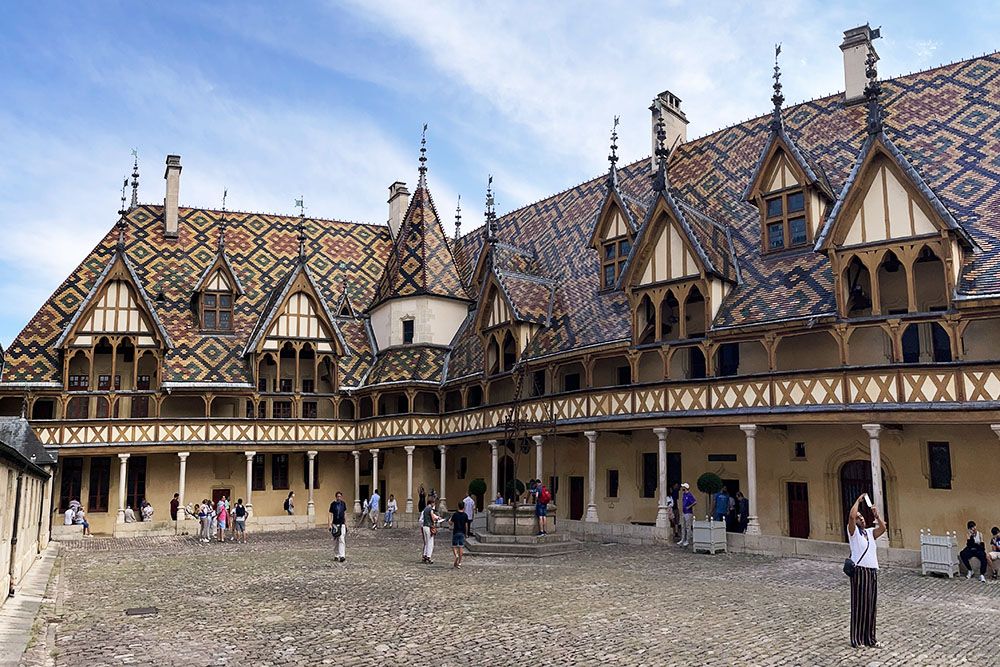 Beaune in the heart of Burgundy

The immediate surroundings of Beaune have been inhabited for many thousands of years. But it was only under the Romans that the charming town flourished as a centre for livestock and viticulture. In the 13th century, the prosperous town became the capital of the Dukes of Burgundy. Only when the French captured the city from the Burgundians in the late 15th century did Beaune fall into mild decline. But by focusing on wine production and trade, the city flourished all over again in the 18th century. Since then, Beaune has been the undisputed wine capital of Burgundy. You can also see this reflected throughout the city. Beaune simply lives and breathes wine.

A city walk along the highlights of Beaune

The old town of Beaune is perfect for a city walk. Indeed, the centre is compact with very little car traffic. And the cosiest squares and terraces are everywhere where you can relax with a glass of wine to take in the sights.

At the Beaune tourist office, you can get ideas for a city walk through the centre. You can also book an audio tour here for a small fee. We downloaded a walk as a GPS track for free. You get a nice impression of the town using this track. You also walk past the following highlights that should not be missing from your trip to Beaune: 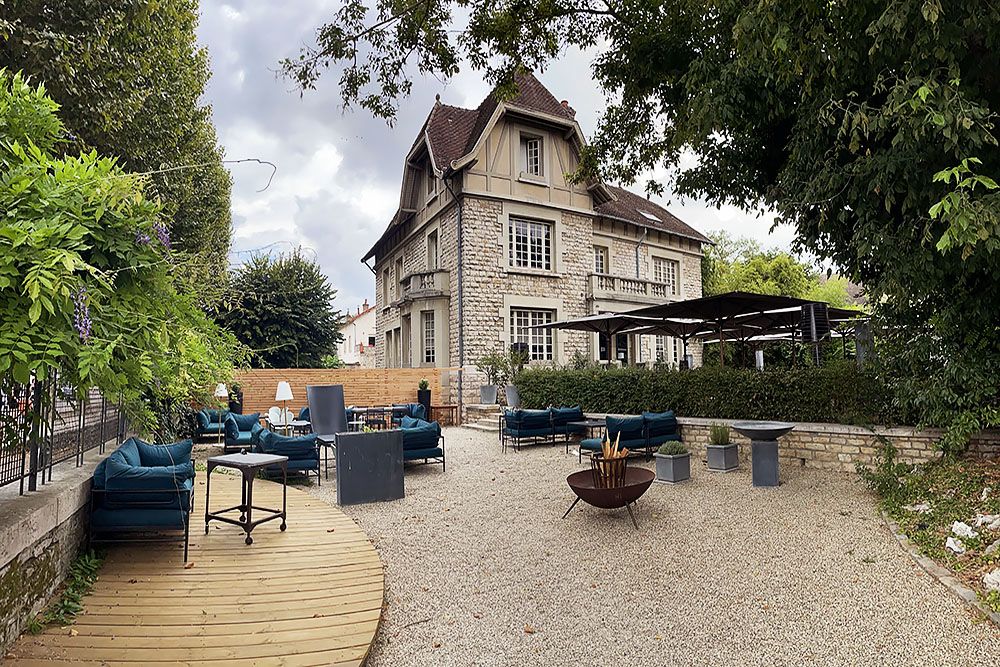 The must-see highlight of Beaune is Hôtel-Dieu, also known as Hospice de Beaune. Nicolas Rolin, chancellor of the Duke of Burgundy Philip the Good, commissioned the construction of this late-medieval masterpiece in 1443. The reason was the need for a hospital for the poor at the end of the Hundred Years’ War. From 1452 until the 20th century, the poor but also pregnant women, the elderly and orphans, for example, were cared for free of charge.

In the early days, the hospital was still financed by donations from the population. Later, the sale of excellent wines from its own vineyard provided the necessary funding. Even today, the wines of Hospices de Beaune are auctioned for charity. This is traditionally done on the third Sunday of November. Not only is the maintenance of the former hospital paid from it but part of the proceeds goes to medical scientific research.

From the outside, the Hôtel-Dieu looks rather austere. But once inside, you can picture yourself in a real palace. This is especially true of the courtyard: here, you get a view of the beautiful, multi-coloured roofs of the annexes. In addition, the many halls, including the large infirmary, and the chapel are magnificent to behold! The entrance fee includes a particularly interesting audio tour. 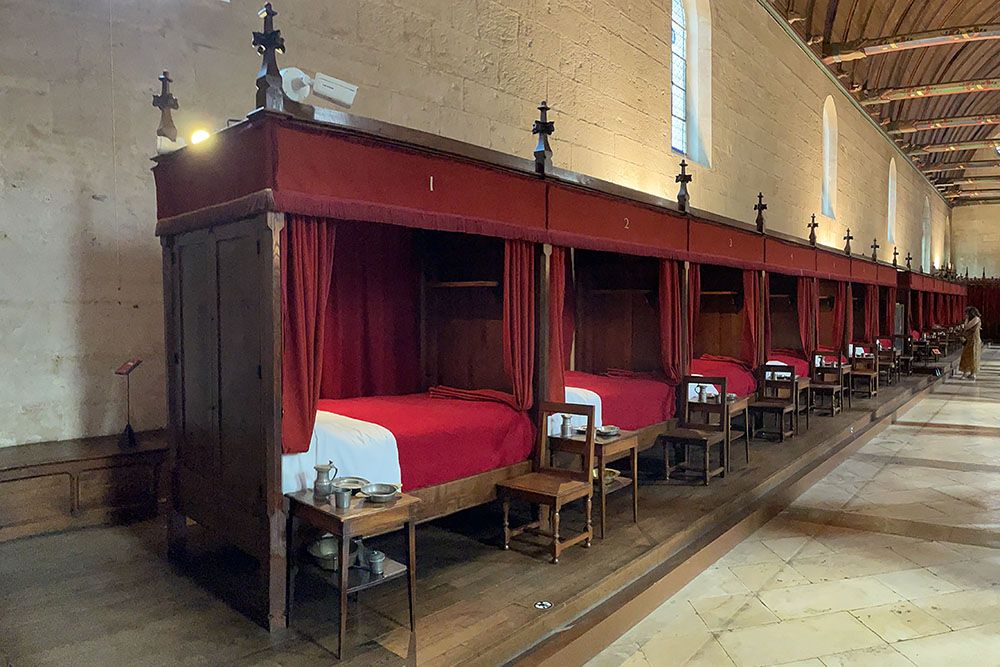 The city walls of Beaune

The first city walls around the centre of Beaune arose in the 12th century. In the centuries that followed, the walls were further fortified. Four large towers and a fortified castle were also added. In 1636, the final touches were made to the fortress with the construction of four bastions.

You can walk along (and even over!) parts of the fortress walls. Among other things, you will pass the old Château de Beaune. Since 1820, the castle has been owned by Bouchard Père & Fils, one of Burgundy’s oldest wineries. The towers serve as wine cellars. You can also stroll over the Théâtre de Verdure, a small public park. Furthermore, you have the Porte Saint-Nicolas, the only remaining city gate. Perhaps the most beautiful part can be found in Rue du Rempart des Lions. Here you have a 17th-century balustrade and staircase leading to a beautiful arboretum. 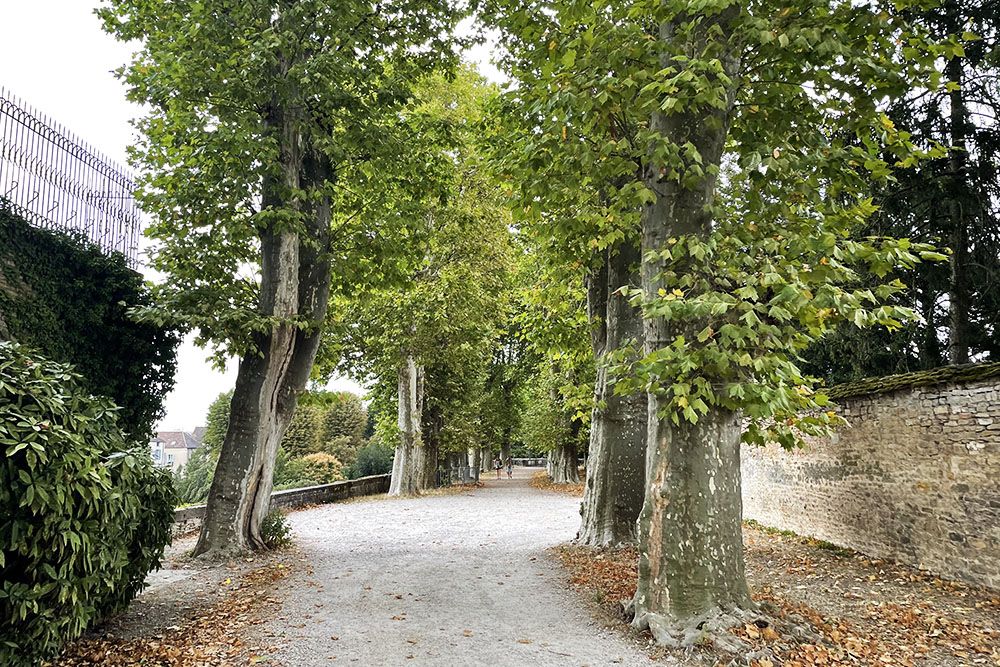 As the capital of the Burgundy wine region, Beaune is also the place to taste the most fantastic wines. Premier and grand cru wines from Pommard, Santenay, Nuits Saint Georges and so on are easily available here.

Marché aux Vins is one of the venues where you can get acquainted with some of Burgundy’s delicious wines. You have three different wine tastings there, ranging from the “ordinary” wines to tastings including the grand crus. Upon entering, you will be given a glass to take home as a souvenir. You then descend into the cellars where you will learn a lot about the Côte d’Or wine region. At various locations in the cellars, you will be served wine.

One of the many other locations in Beaune where you can taste wines is at Patriarche Pere et Fils. You will then visit Burgundy’s largest wine cellar: the tunnels are no less than five kilometres long in total. This wine tasting will introduce you to 13 different wines. You can then take the metal cup you are given at the beginning of the tasting as a souvenir. 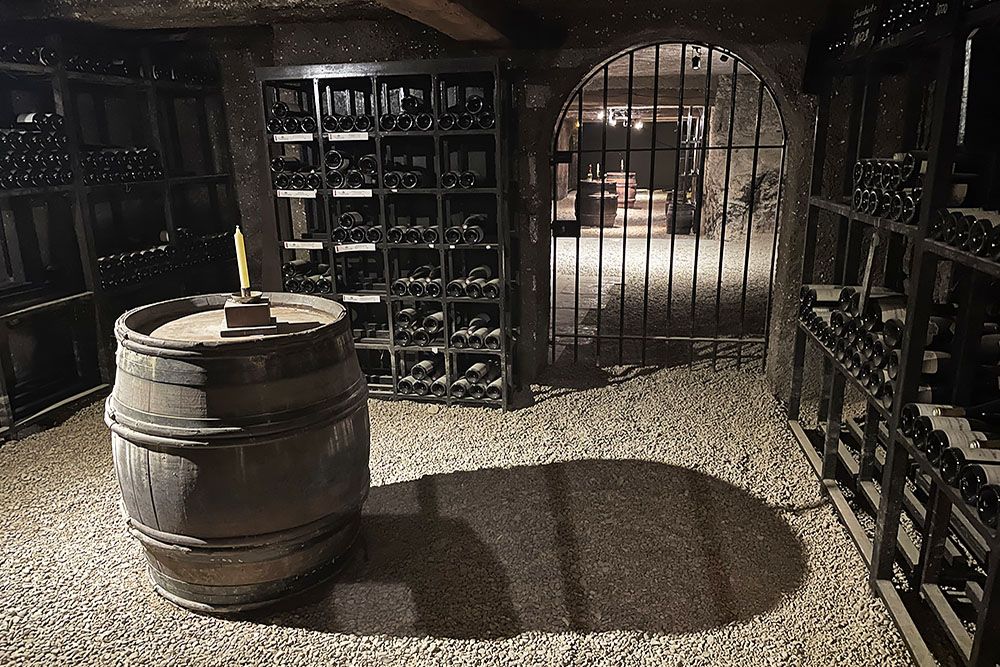 There are many Romanesque buildings to admire in Burgundy. One of them, the Basilique Notre-Dame, is located in Beaune. The basilica dates from the mid-12th century and has a particularly impressive porch. Inside, you will find magnificently coloured stained-glass windows, and beautiful 15th-century tapestries. The 17th-century organ is one of the finest organs in Burgundy.

Beaune’s colourful Saturday market takes place in the Place de la Halle. However, the market is so big that you will find market stalls as far as the Basilique Notre-Dame and the Hôtel-Dieu. You can get the tastiest fruits, vegetables, cheeses, meats and local delicacies here. At some stalls, there is an extensive range though we also saw a stall selling only garlic. Tip: before your visit, have a big breakfast or lunch. Otherwise, bring a very large shopping bag because the display looks so attractive that you will quickly get very hungry. 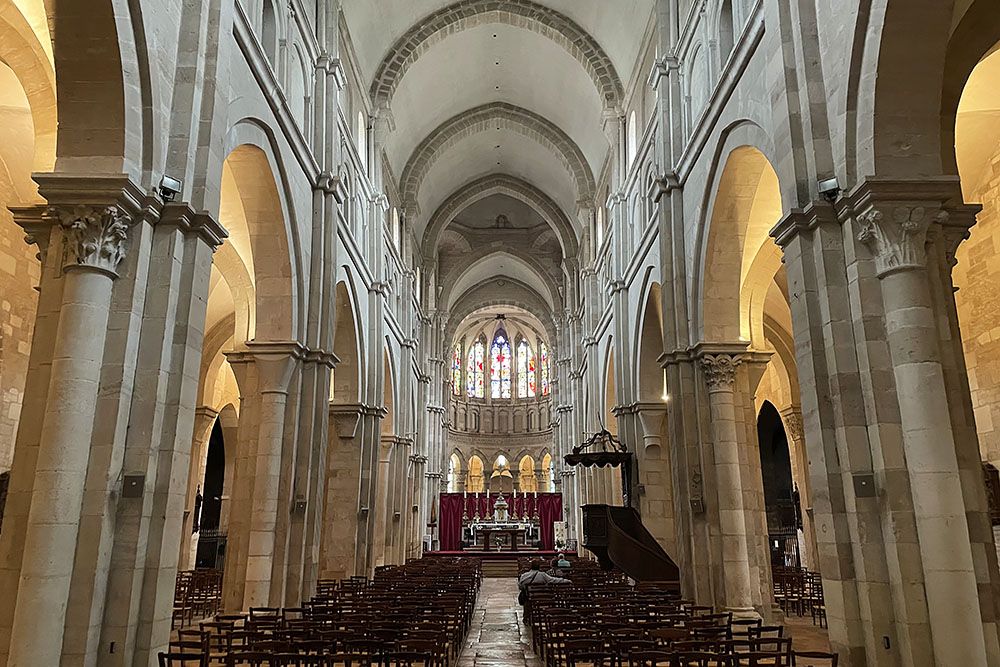 Needless to say, you also have a Musée du Vin in Beaune. This wine museum is housed in the former residence of the Dukes of Burgundy. There, you will learn a lot about the fascinating history of Burgundy wines. But in addition to history, you’ll learn about the different soils that are best suited for viticulture and what resources are used in viticulture. Furthermore, the Pinot Noir and Chardonnay grapes, which are used in Burgundy’s great red wines, are discussed in detail. Such as in red and white wines from Meursault, Pouilly-Fuissé and Chablis.

Also visit the barn and garden, where a number of old wine presses, carts and other winemaking vehicles and tools are on display. Some date back to the 16th century. 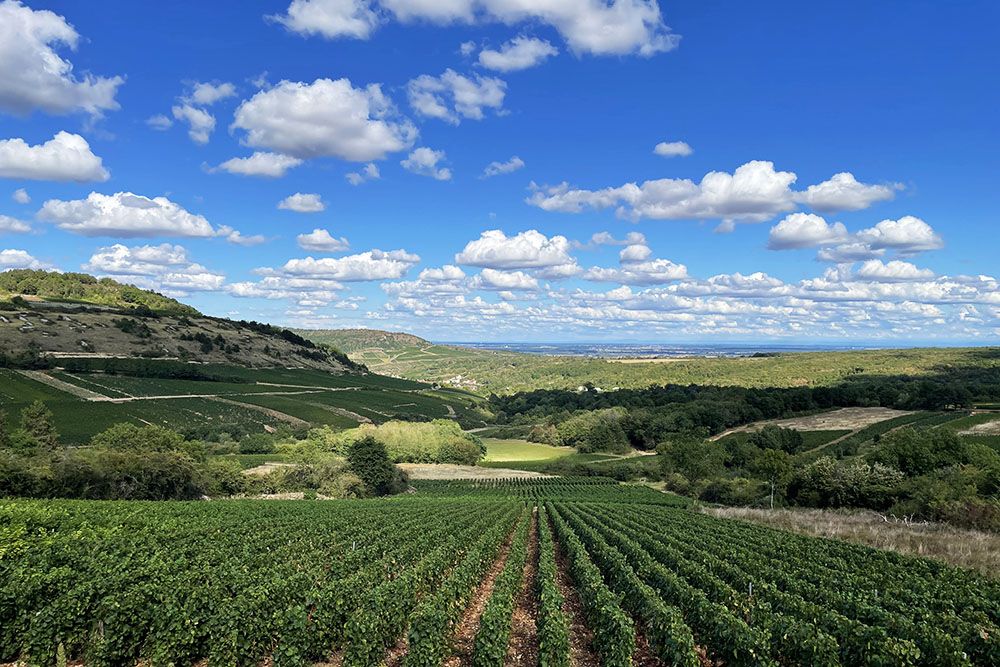 What to see and do near Beaune

Between Dijon and Beaune, the so-called Côte d’Or is home to many prestigious wineries. A large number of these are ‘Clos’, or walled vineyards. They are often located near fine country houses or even castles. Even if you have little knowledge of wine, these wineries are interesting to visit. But there is much more to experience in this region than just wineries and vineyards. You can read more about it in our separate blog on the Côte d’Or. 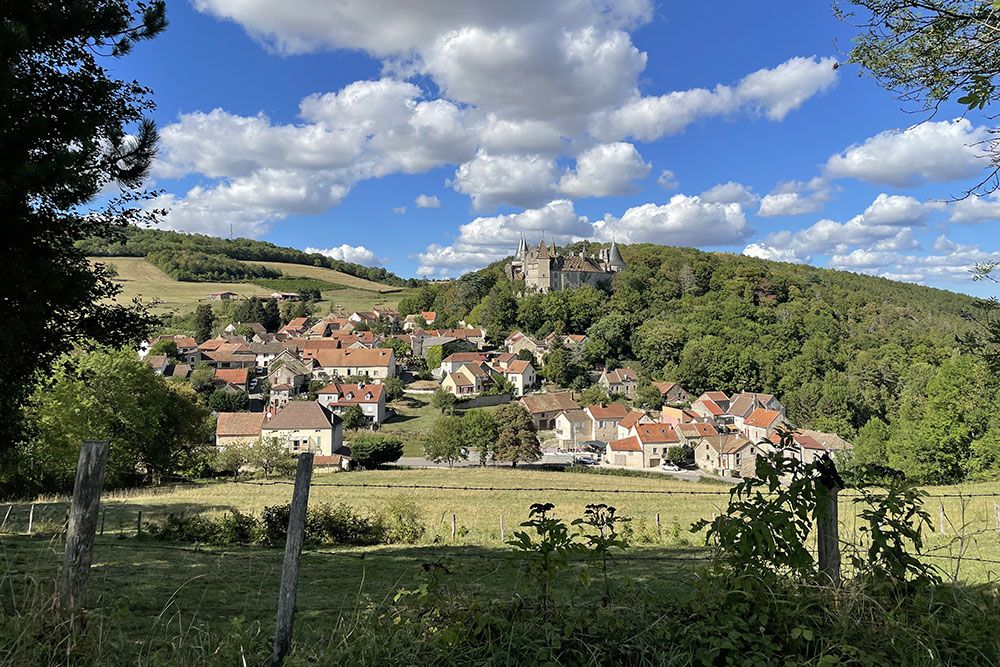 How much time should I allow for my visit to Beaune?

You can easily explore the town itself completely in a day. Do spend at least one night in Beaune to fully enjoy the delightful Burgundian life. If you are a wine lover, you can't avoid spending at least two nights in Beaune. You really need a full second day to visit the wine villages on the Côte d'Or. Besides, do you love hiking and visiting castles and other cultural highlights? Then spend a week in the area.

Where can I park my car in Beaune?

Beaune is the perfect city for a city walk: compact and low traffic. You can get there by car but parking outside the old centre is encouraged. For instance, you can park for free in some car parks just outside the city walls. Here is a map with all parking areas in Beaune. By the way, most visitors park their cars at Place Madeleine, a few minutes' walk from the city centre.

What is the best travel time to visit Beaune?

The best time period to visit Beaune is during spring and autumn. In summer, it can get quite hot. Besides, it is busier with tourists during that period. Incidentally, we were there in August and were not bothered by holiday crowds at that time. Nor by excessively high temperatures. Apart from the climate, autumn is the most interesting period to visit Beaune and its surroundings. You can admire the golden colours of the surrounding vineyards then. And from mid-September, you can be there when the grapes are harvested in Burgundy.

Where can I get delicious food and drink in Beaune?

You can eat delicious food almost everywhere here. As far as that goes, our advice is to just see if the menu appeals to you. Check out the list of the best restaurants in Beaune here.

Where can I stay in Beaune?

In Beaune, you have an extensive choice of particularly nice, charming and comfortable accommodation. More than half have private parking facilities. We stayed at the Coto Hotel within easy walking distance of the city centre. This modern hotel does not have much charm but it is spot on, comfortable and clean. We were pleasantly surprised by the charging station where we could charge our hybrid car for free! Check out the list of accommodation in Beaune here. 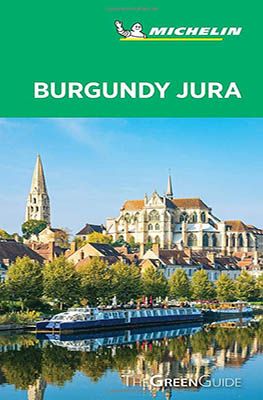 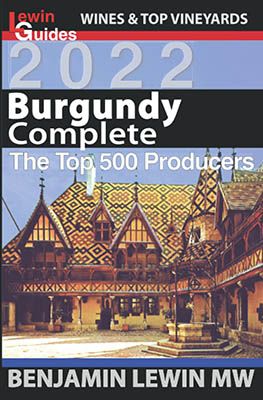 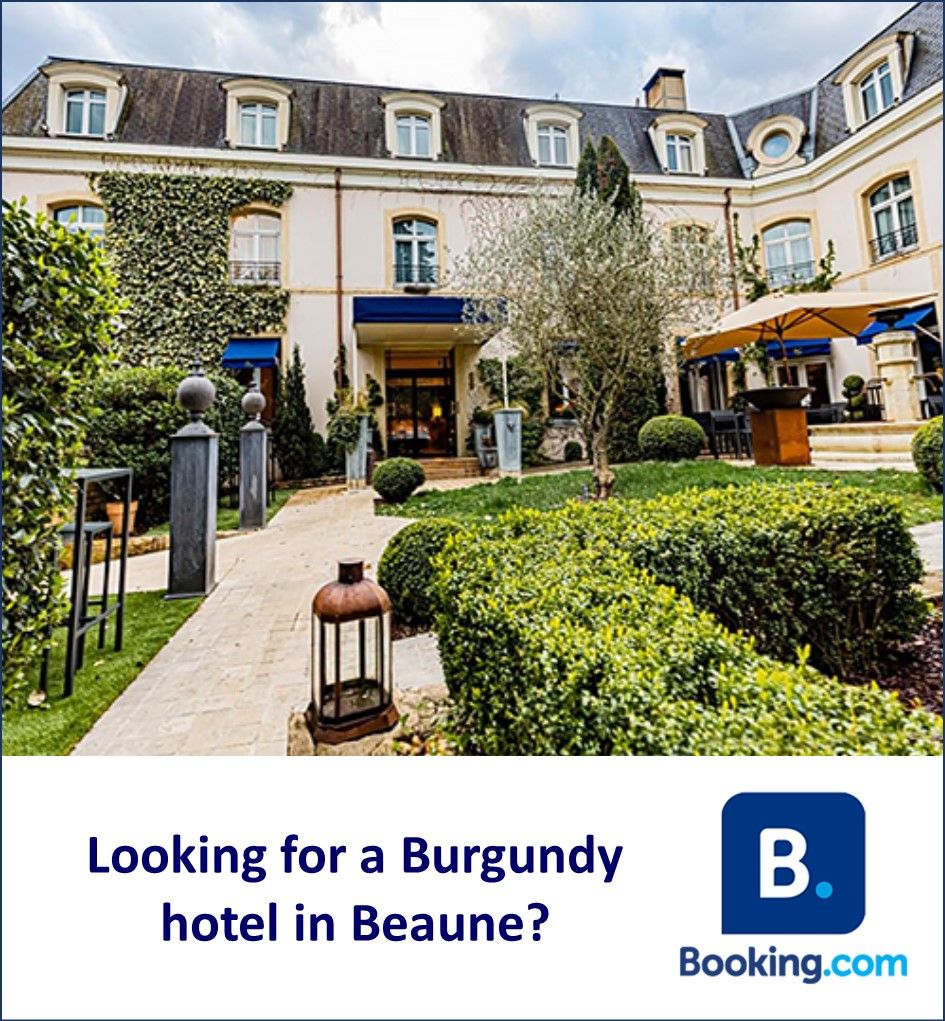